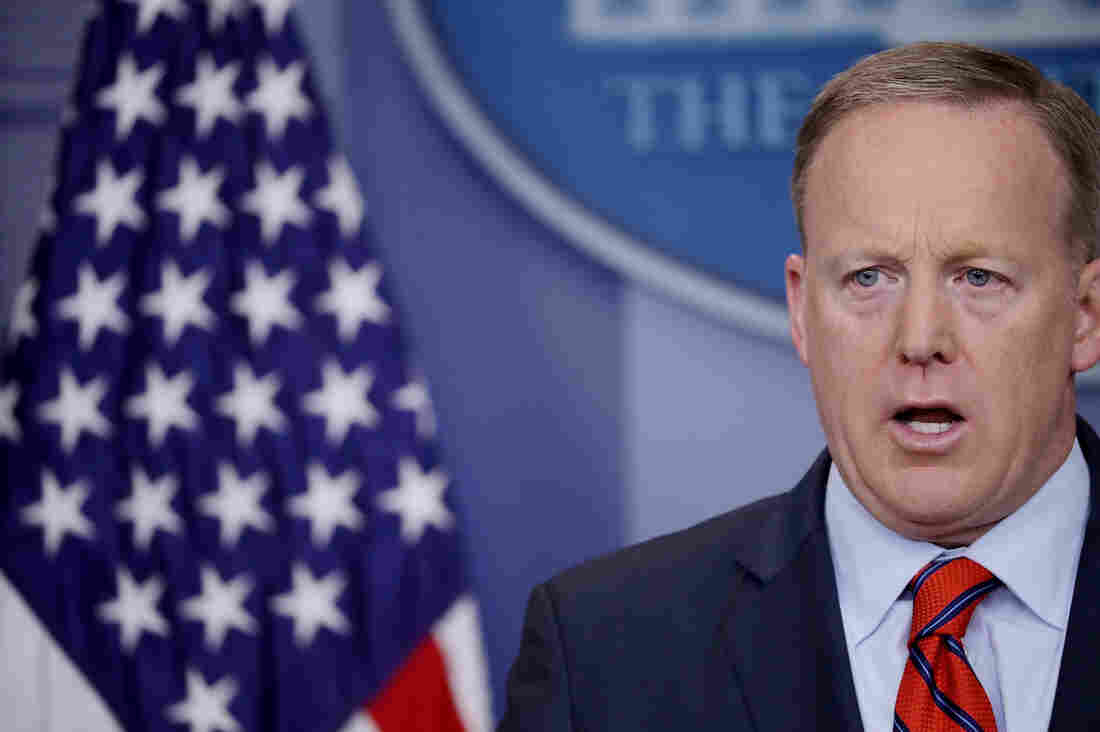 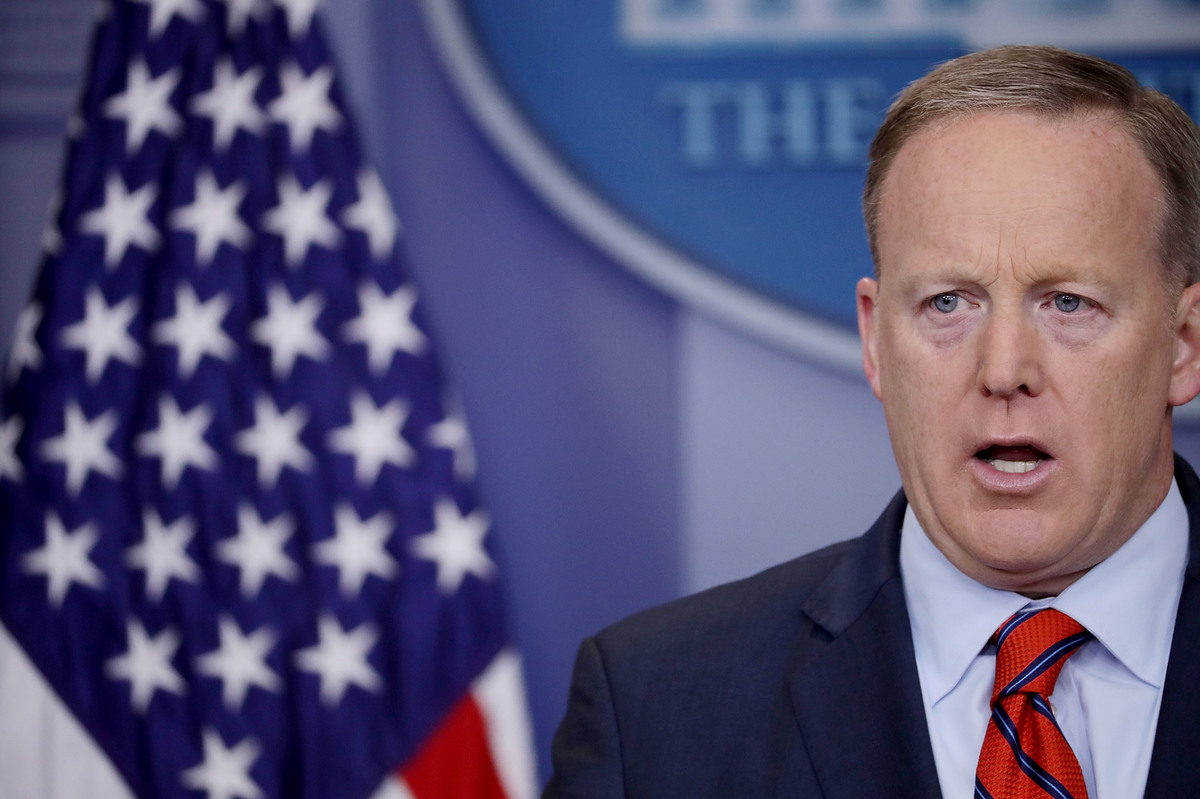 White House spokesman Sean Spicer warned Russia today that its alliance with Syria is putting it "on the wrong side of history, in a really bad way, really quickly."

The press secretary found himself in the same situation just a moment later, while trying to underscore the horror of Syria's alleged use of chemical weapons.

"You had someone as despicable as Hitler who didn't even sink to using chemical weapons," he said, overlooking the millions who were gassed to death in Nazi concentration camps.

When reporters tried to give Spicer an opportunity to correct his mistake, he only made matters worse.

Before Their Tete-A-Tete, Tillerson And Russians Trade Verbal Tit-For-Tat On Syria

"He was not using the gas on his own people the same way that [Syrian President Bashar] Assad is doing," Spicer said. "He brought them into the Holocaust center, I understand that. But I'm saying in the way Assad used them, where he went into towns, dropped them down to innocent — into the middle of towns. It was brought — the use of it, I appreciate the clarification. That was not the intent."

This is not the first time this White House has struggled with historical amnesia. During President Trump's first full week in office, he issued a statement honoring Holocaust Remembrance Day but somehow forgot to include any mention of Jews.

WATCH: Footage from our collection shows what US forces discovered when they liberated #Buchenwald. pic.twitter.com/jySQOWM6Lf

The Holocaust Museum in Washington took Spicer to task via Twitter, showing footage of what American forces found when they liberated the death camp at Buchenwald.

"On Passover no less, Sean Spicer has engaged in Holocaust denial, the most offensive form of fake news imaginable, by denying Hitler gassed millions of Jews to death," said the center's executive director, Steven Goldstein. "Spicer's statement is the most evil slur upon a group of people we have ever heard from a White House press secretary."

"While Jewish families across America celebrate Passover, the chief spokesman of this White House is downplaying the horror of the Holocaust," Pelosi said in a statement. "Either he is speaking for the President, or the President should have known better than to hire him."

"I apologize. It was a mistake to do that," Spicer told Wolf Blitzer. "It was insensitive and inappropriate. I should have stayed focused on the Assad regime and the dangers they have brought to their own people and the terrible atrocities they did and to drag any other comparisons into this was not appropriate."