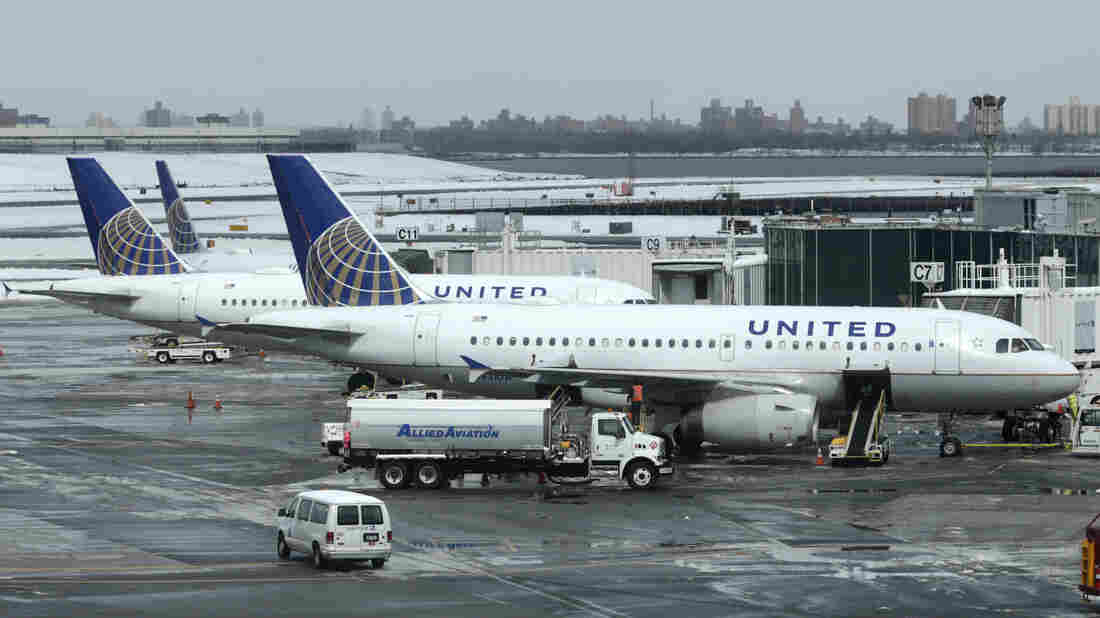 United Airlines airplanes sit on the tarmac March 15 at LaGuardia Airport in New York. The company is struggling with the public relations fallout from its violent removal of one of its passengers. Seth Wenig/AP hide caption 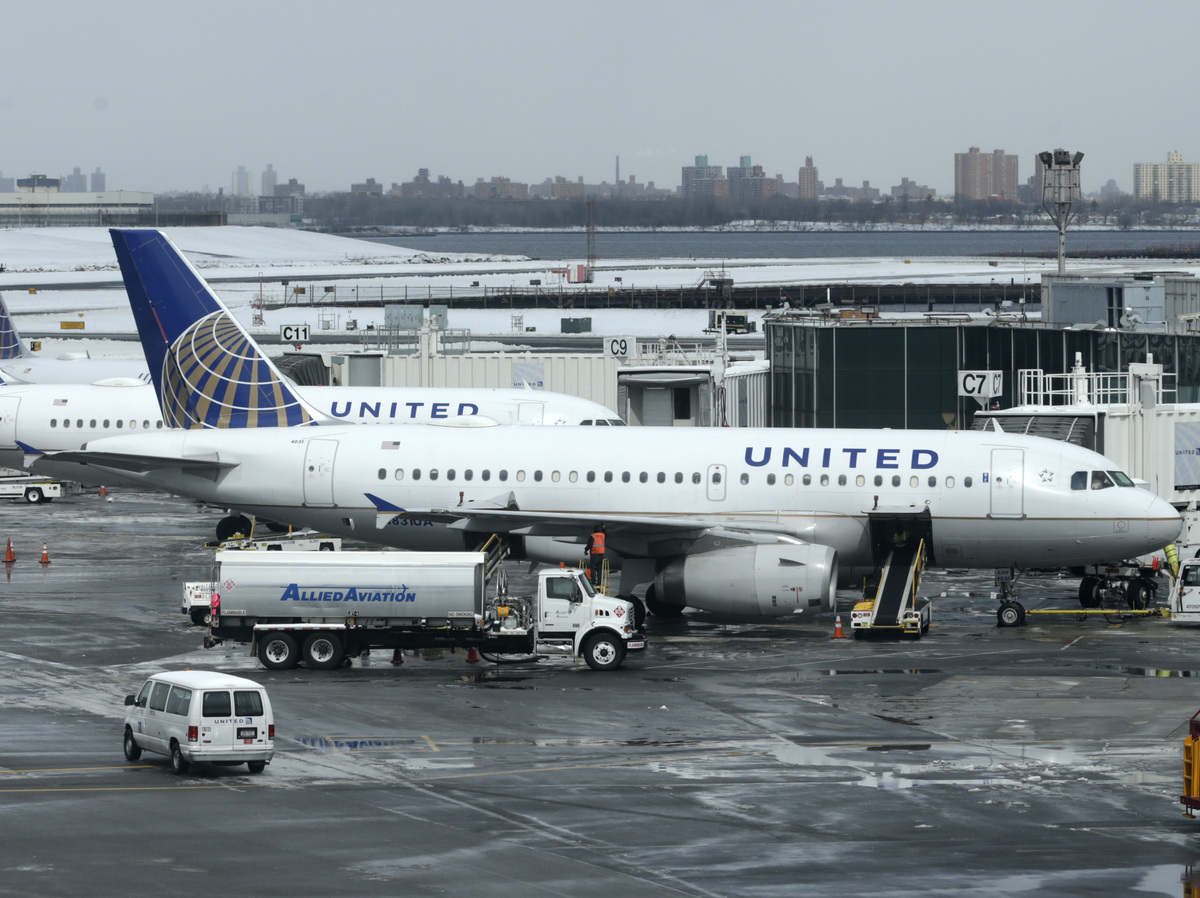 United Airlines airplanes sit on the tarmac March 15 at LaGuardia Airport in New York. The company is struggling with the public relations fallout from its violent removal of one of its passengers.

The violent removal of a United Airlines passenger from his seat on an overbooked flight Sunday has been a PR and stock market disaster for the company and a viral video phenomenon as far away as China.

George Hobica, founder and editor-in-chief of airfarewatchdog.com, says involuntary bumps from flights aren't that common — out of "millions and millions" of passengers on United last year, 3,000 to 4,000 were bumped from flights, versus many hundreds of thousands of passengers who voluntarily gave up their seats.

In an interview with NPR's Ari Shapiro, he explains what passengers need to look out for.

What are passengers entitled to when they get bumped from a flight?

For an involuntary bump the maximum compensation — and it has to be paid in cash, according to the DOT — is $1,350. It's less depending on certain circumstances. In some cases you're not entitled to any compensation at all if the airline can get you to your destination close to the scheduled arrival time.

Airlines do offer vouchers sometimes for involuntary bumps, but they have been fined by the DOT for doing so. It's against the regulation, and it's just a way of getting out of owing what they owe. For voluntary bumps, however, they are allowed to give passengers vouchers.

And the problem with vouchers is that they expire within one year — and most passengers only fly once a year, and they're ending up with these worthless vouchers.

How do airlines decide which passengers to bump?

What are airlines' rights and passengers' rights in these situations?

Airlines are entitled to remove people from planes. They do it all the time — if you're improperly dressed, for example; if you're belligerent, if you're drunk. They say it in their contracts of carriage — that basically we can deny service to anyone. ... Unfortunately the passengers' rights are not ironclad, except what you'll see on the DOT website. ...

Anyone can Google the term "United Airlines contract of carriage" or "Delta contract of carriage," and you'll see what you're actually getting into. And there isn't a lot there. One thing, that if they cancel your flight or if it's severely delayed, they will give you your money back even on a nonrefundable ticket. But other than things like that, there are very few protections.

On how European airlines are different

If you travel to Europe ... you have a different set of protections that the EU enforces, and actually they're much better than the protections we have in the United States. ...

I always advise people, if you're flying anywhere — it doesn't have to be to Europe — fly on a European airline. Because if it's on Virgin Atlantic, for example, even if you buy the ticket on Delta, you actually have a set of protections under the EU rules that you would not have [otherwise].