Accessibility links
Kansas House Seat Stays With Republican Estes In Surprisingly Narrow Win It was the first race for a congressional seat since President Trump took office, and in the closing days, Republicans feared Democrat James Thompson might surge ahead in the conservative district. 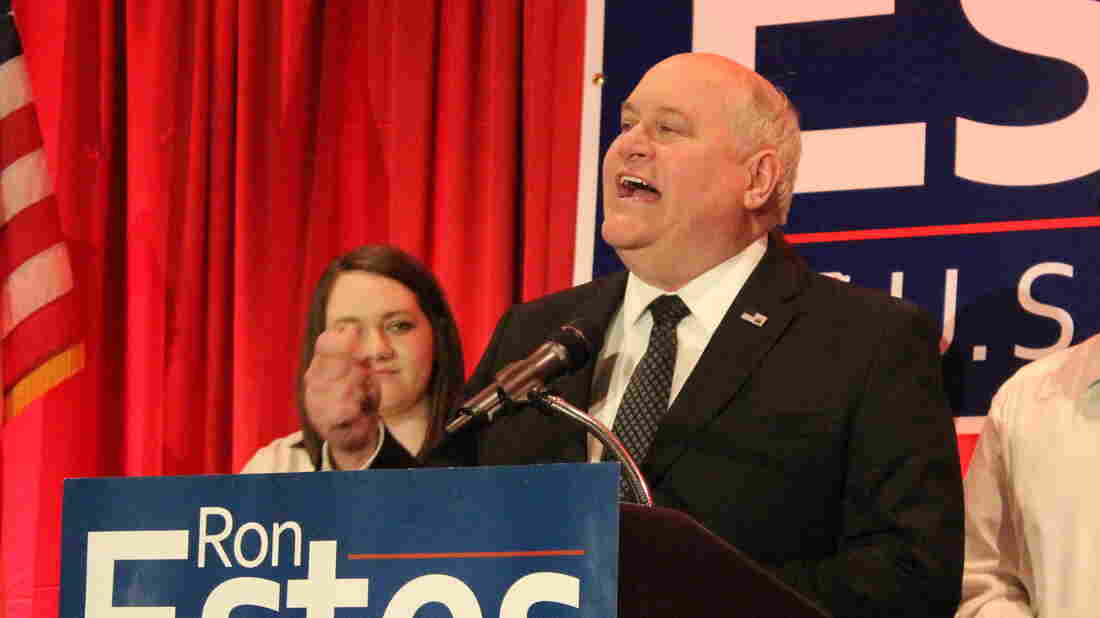 Ron Estes was elected to the U.S. House of Representatives for Kansas' 4th District on Tuesday. He greeted supporters in Wichita following his victory. Nadya Faulx/KMUW hide caption 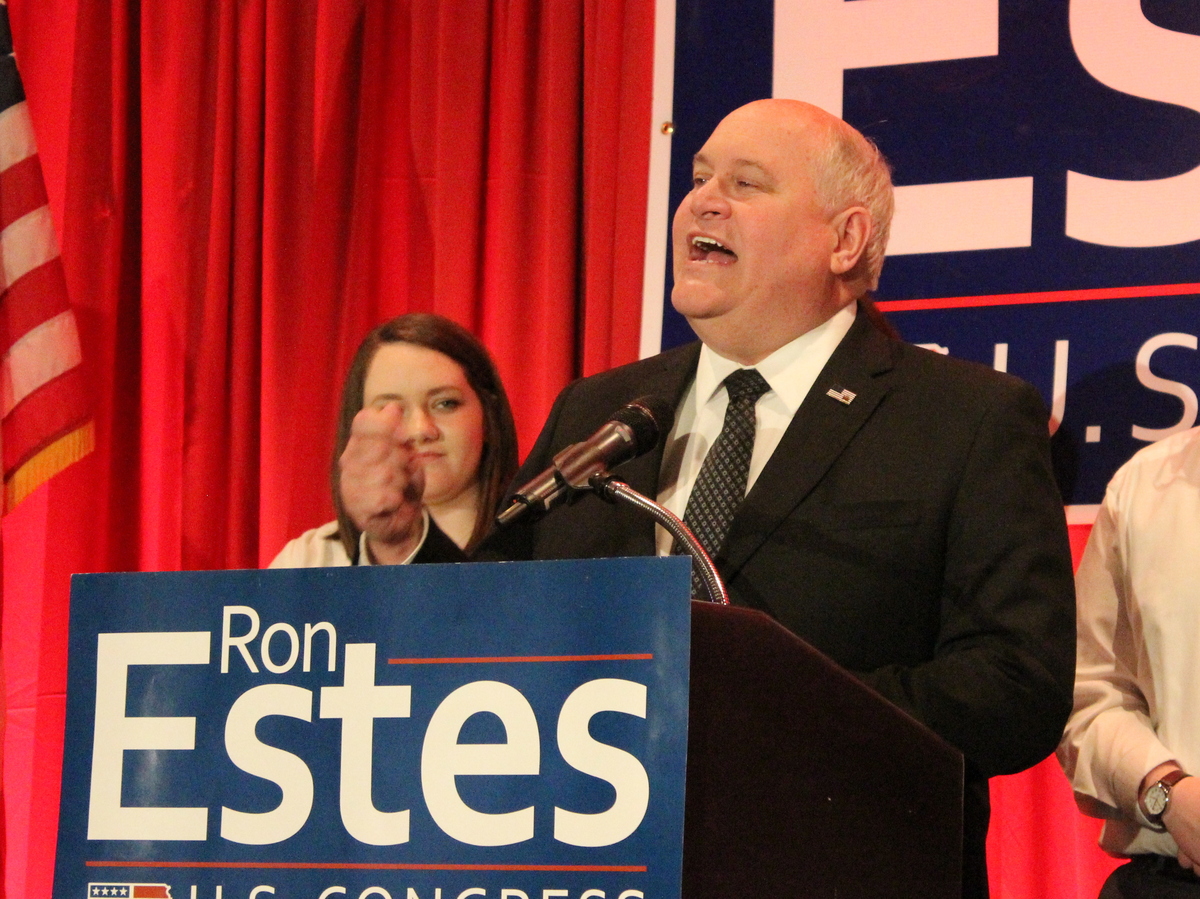 Ron Estes was elected to the U.S. House of Representatives for Kansas' 4th District on Tuesday. He greeted supporters in Wichita following his victory.

In the first special congressional election since President Trump took office, a Republican candidate won a narrower-than-expected victory in a district Trump easily carried less than six months ago.

State Treasurer Ron Estes won the U.S. House seat vacated by Mike Pompeo, who now serves as director of the Central Intelligence Agency. Estes defeated Democrat James Thompson, drawing 52.5 percent of the vote to Thompson's 45.7 percent. Libertarian Chris Rockhold was also on the ballot and drew less than 2 percent of the vote. Voter turnout was less than half of the 267,000 voters who cast ballots in November 2016.

A Special Election In Kansas Could Signal 'Big League' Problems For GOP, Trump

The contest had been a sleepy affair until last week when the campaign arm of House Republicans spent $100,000 on ads attacking Thompson at the last minute. It was a sign that national Republicans were frightened about their prospects in a deep-red district where Pompeo was re-elected with more than 60 percent of the vote last November.

In the final days of the race, Texas Sen. Ted Cruz was dispatched to campaign for Estes. Both Vice President Pence and President Trump recorded phone calls on the candidate's behalf, and Trump also put the weight of his Twitter account behind Estes.

Trump's low approval ratings, as well as the sky-high unpopularity of Gov. Sam Brownback, a Republican, appear to have had an impact on voters' enthusiasm for Estes in this traditionally Republican state.

Trump won 60 percent of the vote in the the 17-county district in south-central Kansas that includes the state's largest city, Wichita. Republicans have held the House seat centered on that part of the state since 1995.

Estes was first elected state treasurer in 2010. His public service career began when he served two terms as treasurer of Sedgwick County, which is home to Wichita. Estes also worked in the aerospace, oil and gas, and manufacturing industries.

Following his victory, Estes told supporters that he's ready to put his experience to work in Congress.

"There's several moving things in Congress right now," Estes said. "Obviously, there's still some discussion about Obamacare and repealing and replacing that. The other things that I know that is really up front in terms of engagement is tax reform."

Thompson, a civil rights attorney, said he was inspired by Sen. Bernie Sanders' presidential campaign last year and decided to run for Congress. A group that formed following Sanders candidacy, Our Revolution, supported Thompson during the campaign through social media and recruited volunteers to make phone calls on his behalf.

That support proved invaluable: Just days before the election, his campaign spokesman said they received financial support from more than 8,500 people.

Although Thompson fell just short of defeating Estes, his performance may cheer Kansas Democrats, who have struggled to get more than 30 percent of the vote against Pompeo in the last three congressional elections.

Thompson said he plans to run for Congress again in 2018.

"I wanted to run in 2018 one way or the other," he said at an event with supporters. "Seeing everybody here, and I know where we need to go to fix what we weren't able to do in 60 days. We'll come back in 2018 stronger and be able to win it."

The Kansas special election is the first of five House elections that are taking place through the end of June, with Republicans defending four seats.

Another race in the suburbs of Atlanta, to replace Republican Tom Price, who's now secretary of Health and Human Services, has become extremely competitive. Democrat Jon Ossoff has raised more than $8 million and leads a crowded field of Republicans. The first round of voting in that election is April 18.

In a previous Web summary, we misidentified candidate James Thompson as Jason Thompson. Also, in a previous version of this story we misspelled Jon Ossoff's first name as John.