Accessibility links
Book Review: 'Exes,' By Max Winter Max Winter's bleak, powerful debut novel is haunted by missing people — and those who feel their absence. It centers around a man trying to piece together his estranged brother's last years.

In 'Exes,' The Losses Pile Up Like New England Snowdrifts

In 'Exes,' The Losses Pile Up Like New England Snowdrifts 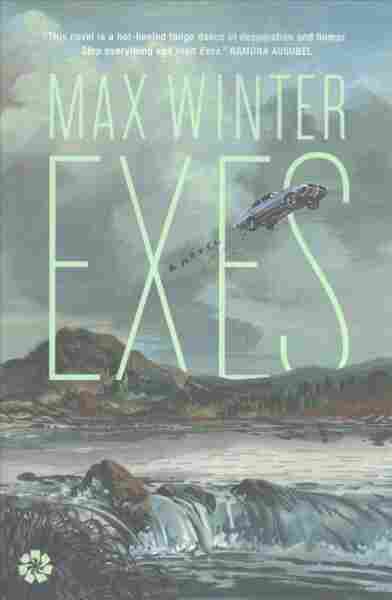 Max Winter's powerful but bleak debut novel is about missing people: people who are missing, and the sons, brothers, friends, lovers, and classmates who feel their absence and miss them. Exes is propelled by the efforts of its troubled principal narrator, Clay Blackall, to piece together the last ten years of his younger brother Eli's life — which he missed because they were estranged. Launching his investigation five years after Eli's vehicular suicide, Clay discovers that he's always missed a lot, either because he's "held on to all the wrong things over the years" or not paid attention the first time around.

Firmly rooted in Providence, R.I., the brothers' hometown, Exes is narrated in fragments by former lovers, buddies, and others tangentially connected to Eli — whose stories are annotated and commented upon by Clay in alternating chapters. Winter's book is about losses, and they pile up like — well, New England snow.

Clay and Eli — and their older sister Libby, from whom Clay is also estranged — lost their parents in 1974 while still in grade school, when their frequently-inebriated father crashed his private plane. Descended from Rhode Island founder Roger Williams on their father's side, the orphaned children are taken in by their mother's Russian Jewish parents, who have made a fortune renting triple-decker tenements in not-yet-gentrified Providence. But something goes awry for Clay and Eli, and paralleling their story of downward mobility is the changing face of Providence, which captures another kind of loss — of familiar landmarks like former IHOPs, corner gas stations, and other "franchise ghosts" by which long-term residents find their bearings.

We learn about the Blackall brothers in snippets, from a broad range of often surprising sources — though Clay's history remains frustratingly murky. Twinrock, a century-old summer manse built atop a rock in Narragansett Bay by the forebears of Eli's last love, Alix Mays, plays a recurring role. Scandalously, Alix was one of Eli's students when they started dating, but he took their relationship more seriously than she ever did. Her family's fortunes, like the Blackalls', have declined precipitously; Winter's characters occupy a world going inexorably downhill.

'Exes,' while studded with moments of levity ... isn't the place to turn if you're looking for cheer.

We hear from two of Alix's other exes, including Rob Nolan, who, after she kicked him out, found refuge at Twinrock one winter. His Caretaker's Log, written in the final months before he started using again — and died of a drug overdose within weeks of Eli's death — is a poignant mix of chores (sanded deck, cleaned all 65 windows, oiled screen doors) and his tragic life story — beginning with his absent father, a disgraced local hockey star who split before Rob was born.

Exes, among other things, is an amazing feat of plotting and engineering, an elaborate puzzle of a book that brings to mind Alan Ayckbourn's Norman Conquests for the intricacy of its carefully calibrated interlocking connections. Without giving away too much, I can say that many links in the ingenious chain of associations involve various members of the Amos Fox School's class of 1989, and that an unusual graduation day address by the class president, scholarship student Jake Deinhardt, provides a pivotal fulcrum for Winter's cleverly contrived web of influence.

Several of the chapters work as powerful standalone stories. In "Jubilee," Jake's self-consciously unhappy, less successful classmate, Mark Slepkow, recounts a surprise birthday visit to Baltimore meant to cheer up his old high school buddy, whose first son has been born with an upsetting physical defect. What starts as just an awkward visit goes horribly, tragically awry. On a lighter note, "The Quaker Guns" involves a wacky, redemptive connection over Canada geese between an at-risk Fox scholarship student displaced by Eli's fatal crash and the bereft widower who "fosters" him temporarily. I'll leave it for readers to discover the identity of this rueful widower.

Exes, while studded with moments of levity, including a burlesque dance performance involving seven-foot tampons and the lyrics "I've got the world on a string," isn't the place to turn if you're looking for cheer. The novel's overall mood is more akin to that of Kenneth Lonergan's recent movie, Manchester By The Sea. In fact, one could easily see the Affleck brothers starring in a film adaptation of this often heartbreaking novel about the devastations of severed attachments.