Accessibility links
White House Lifting Federal Hiring Freeze, But Some Agencies Might Still See Staffs Shrink The White House Office of Management and Budget also calls on federal agencies and the public to come up with ideas to overhaul government services. 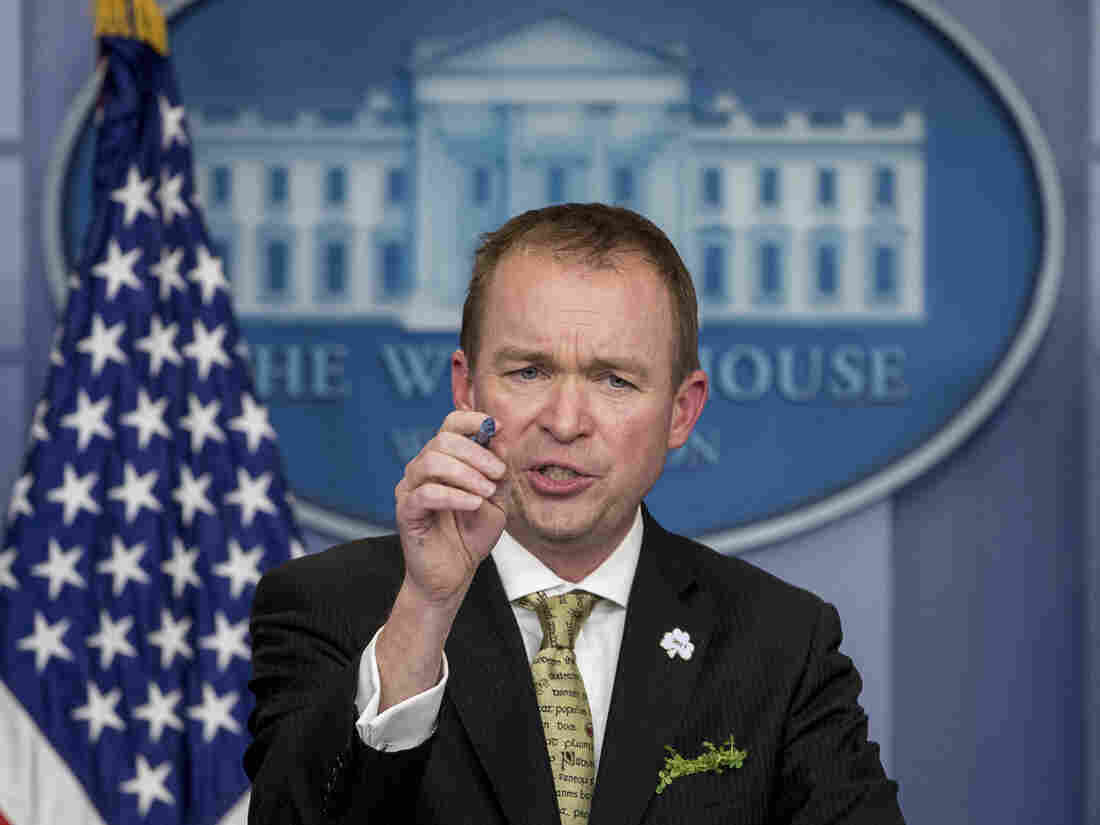 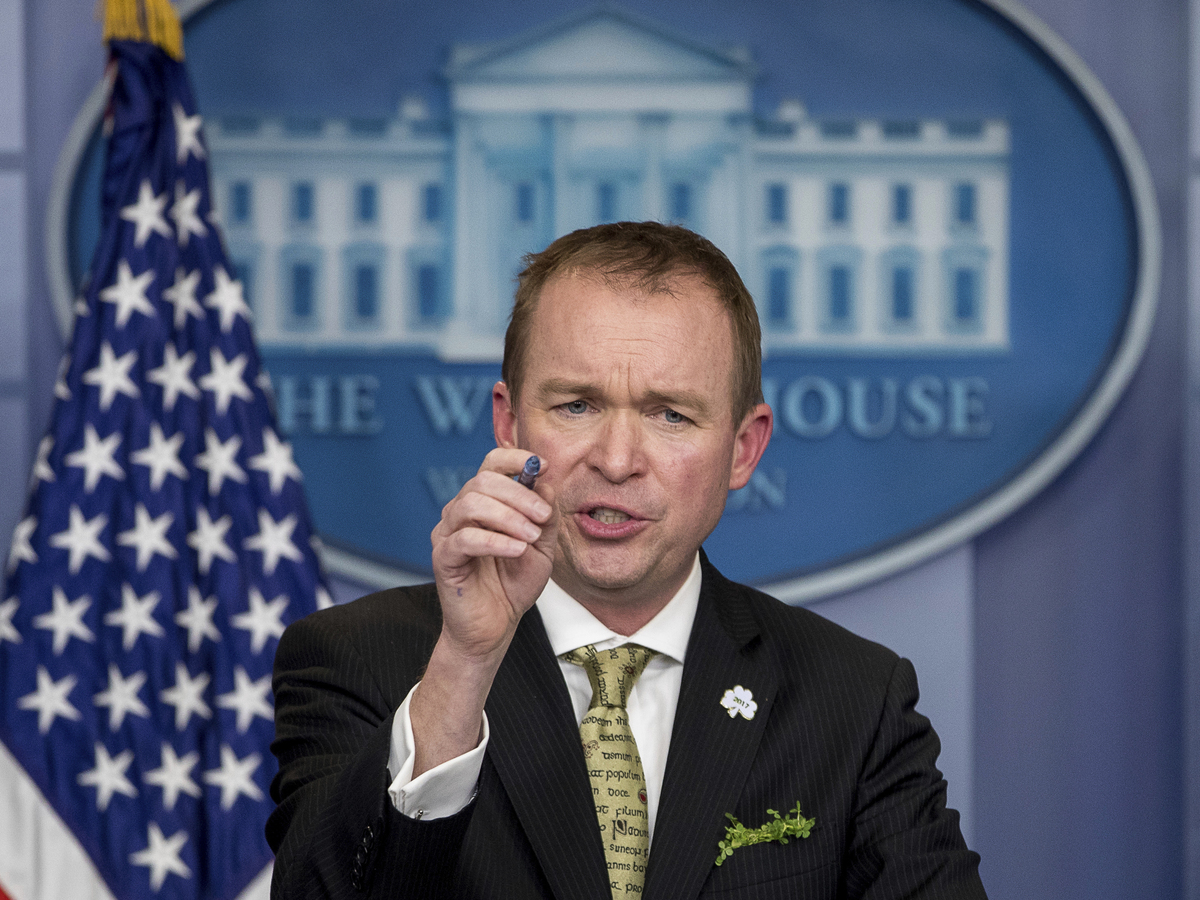 Budget Director Mick Mulvaney speaks about President Trump's budget proposal for the coming fiscal year during the daily press briefing at the White House on March 16.

The Trump administration is lifting a federal hiring freeze as of Wednesday morning.

Cautioning "this does not mean agencies will be free to hire willy-nilly," Mulvaney said the across-the-board hiring freeze the president imposed by executive order three days after taking office in January is being replaced with a "smarter plan, a more strategic plan, a more surgical plan."

Trump's hiring freeze was never really across the board; it exempted military personnel, who make up more than a third of the federal workforce, and it also exempted hiring for national security and public safety.

Mulvaney says under the new guidance, some agencies will wind up hiring more people, while others will end up "paring" the number of employees "even greater than they would have during the hiring freeze."

Mulvaney called the new approach "more practicable and smarter" and says it will be based on Trump's initial budget proposal, which called for widespread cuts to several agencies including the EPA, while building up others, including Immigration and Customs Enforcement and Customs and Border Protection.

Still, the impact of this latest move is likely to be limited too. It will be up to Congress to set actual spending levels for federal agencies, and lawmakers from both sides of the aisle were highly critical of Trump's spending plan.

Mulvaney also said the administration is asking agencies, along with members of the public, to submit suggestions for how to rebuild the executive branch "from scratch." The executive branch of government "has never been rebuilt," Mulvaney said. "It has grown organically over the course of the last 240 years."

He said Trump wants to begin with a "literal blank piece of paper" and is trying to do something that has "never been done before."

However, nearly every recent administration has taken on the same rebuilding task, whether calling it "reinventing government" as the Clinton administration did, or appointing a blue-ribbon commission as Reagan did, or instituting the Government Reform for Competitiveness and Innovation Initiative, as Obama did.