Accessibility links
Actor John Leguizamo's Career Goal: To Give Latino Kids Their Own Heroes "I was growing up and maturing at a time where we were invisible," he says. " ... And I always wanted to be able to make Latin kids like myself feel more than." 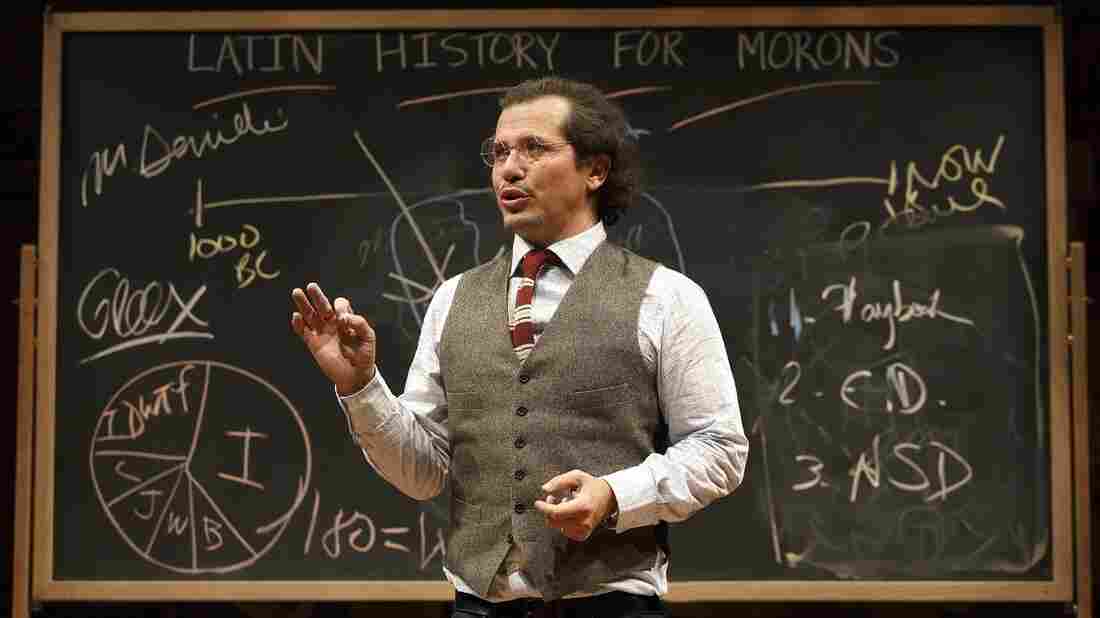 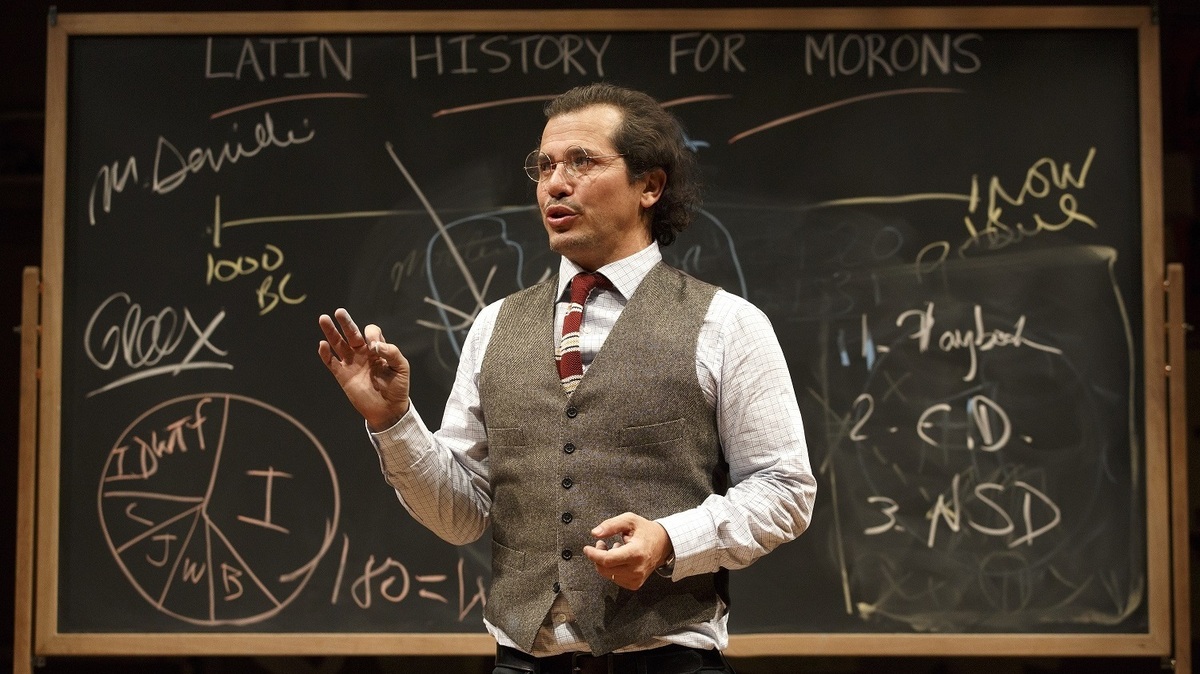 John Leguizamo isn't new to the screen or the stage. He's best known for his 30-plus-year movie career in which he played a range of roles, from the killer Benny Blanco in Carlito's Way to a sloth named Sid in the animated movie Ice Age. But theater is Leguizamo's first love (rivaled only by his children). Now, at 52, he's wrapping up his sixth one-man show, called Latin History for Morons.

Leguizamo spoke to NPR one spring afternoon in New York, just before starting his pre-show ritual. "At 4 o'clock I'm usually down in my dressing room just looking at the new lines or what I'm trying to change or what I didn't get right," he said. " ... I used to be much more ritualistic, like I used to get to the theater at noon. ... [I was] going over the scenes, going over characters."

That's not the only thing that's changed. Unlike the one-man shows Leguizamo wrote in the 1990s — like Mambo Mouth and Freak — Latin History for Morons tackles his son's experience with bullying and pulls heavily from history books. In it, Leguizamo plays a father and professor. He wears tweed, issues demerits and wields chalk like a magic wand, with the occasional samba break thrown in, all to highlight lost moments in Latin American history.

His character asks, "What happened in the 3,000 years between our great indigenous civilizations and us, man? Did we just stop existing? ... 'Cause as the great 20th-century Spanish philosopher Santayana once said — no, not Carlos, George — 'Those who cannot remember the past are doomed to repeat it.' "

On his son being bullied because of his Latino heritage

On his own experience with bullying

We had all these high school students come in yesterday from Brooklyn and watch the show, and their first question was, "Were you bullied?" And I said, "Yeah, I was obviously bullied." We were like the first Latin family in a lot of neighborhoods 'cause we moved every year. Or you beat them at a basketball game and then all of a sudden ... you're the spic. And you're like, "Wait a minute, I thought I was your friend. Now I'm a spic? How did that happen?"

And then you start to feel other. You know, you're like, "Oh, wow, that's always in the back of their heads. I didn't realize that." And for it to happen to my son, you know, I was like beside myself. And then I started to really study Latin history, but American Latin history. I've always studied our empires to empower myself, you know, and to have ammunition against anybody who could try to put me down.

On how understanding history can be empowering

Even right now when I tweet something political, you get these people attacking you, going, "Go back to your country if you don't like it. Get out of our country." I go, "But I'm an American citizen. What are you talking about," you know? So you get those attacks constantly.

But I don't feel like they would attack me as much if in a textbook, when they were growing up, they read that 10,000 Latin people fought in the American Revolution and 20,000 fought in the Civil War, and we had officers and awarded people in each one of those wars. And I would definitely not feel that I would let them treat me that way, you know? I mean, I was quiet a lot when I was picked on as a kid because I didn't have anything to say back.

On what it's like to know that a new generation of Latino artists, including Lin-Manuel Miranda, view him as a hero

It makes me so happy, man, that I was able to pass that baton on, you know, that I was able to be the kind of artist that other artists were for me. Richard Pryor was that for me, Lily Tomlin, Spalding Gray, Eric Bogosian. And I felt like whether they knew it or not, they were giving me the baton. And I was hoping to do that for Latin artists, man.

If everyone in your class has heroes and they can relate to them in textbooks and literature, and then you don't see any of your heritage there, you feel less than. And I always wanted to be able to make Latin kids like myself feel more than.

I was growing up and maturing at a time where we were invisible, man. We were nowhere except negative. Any time you saw a Latin person in Hollywood or on TV, they were some sort of negative character. If everyone in your class has heroes and they can relate to them in textbooks and literature, and then you don't see any of your heritage there, you feel less than. And I always wanted to be able to make Latin kids like myself feel more than. And that was my whole purpose of Mambo Mouth, Spic-O-Rama, Freak, Sexaholix, Ghetto Clown. It's always been to make those Latin people like myself feel more than.

I kept it from them as long as I could, till it was in the perfect shape. So he came finely last week with my daughter for the first time. And they saw it, and they loved it. And so I was like, "Oh my God, I can't believe they were able to be mature enough to understand the meta of the whole situation." ...

I was very nervous that night, I'm not going to lie. I tripped on things that I've never tripped on before. It was a tough night for me. I was very worried about damaging them in some way. So when they came out of it going, you know, "It was fun, Dad, it was a lot of fun." They laughed a lot. They gave some notes for me. They had some jokes for me. It was great.