Accessibility links
File This Under Nostalgia: New Book Pays Tribute To The Library Card Catalog Today, people use the antique wooden cabinets to store their knick-knacks. But these card catalogs once held the keys to a world of information. A new Library of Congress book explores their history. 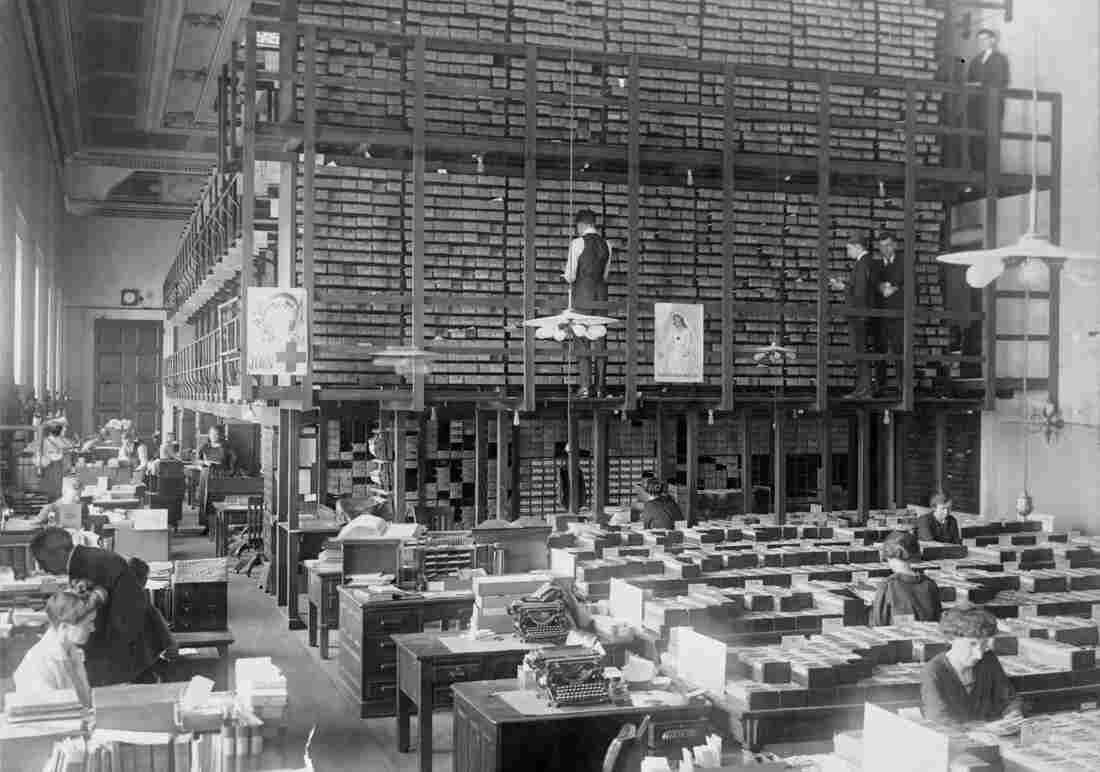 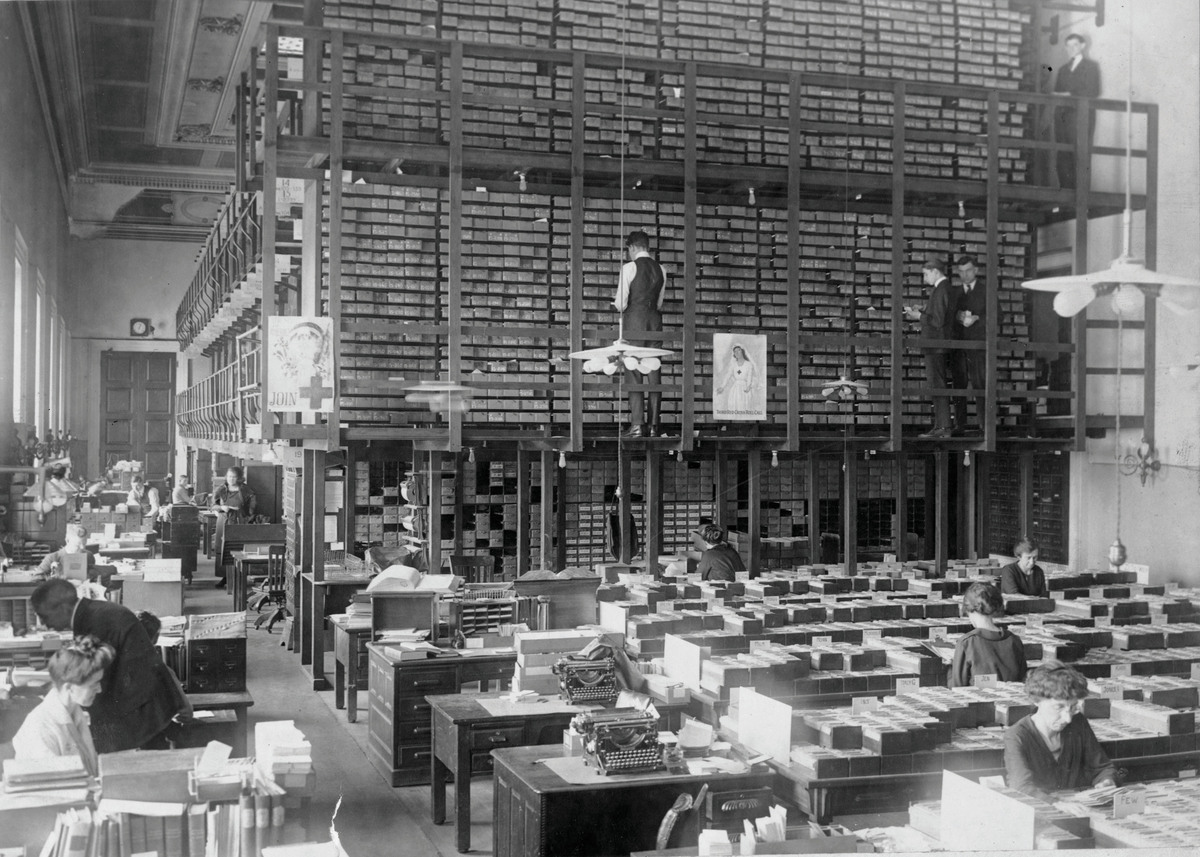 Above, the Library of Congress Card Division, 1919

The Library of Congress/Chronicle Books

If you do a Google search for "card catalog" it will likely return Pinterest-worthy images of antique furniture for sale — boxy, wooden cabinets with tiny drawers, great for storing knick-knacks, jewelry or art supplies.

But before these cabinets held household objects, they held countless index cards — which, at the time, were the pathways to knowledge and information. A new book from the Library of Congress celebrates these catalogs as the analog ancestor of the search engine.

There's a huge card catalog in the basement of the Library of Congress in Washington, D.C. "There's tens of millions of cards here," says Peter Devereaux, author of The Card Catalog: Books, Cards, and Literary Treasures. "It's a city block long."

Some highlights from the Library of Congress' collection include cards from Walt Whitman, Samuel Langhorne Clemens (you might know him as Mark Twain), Margaret Mitchell, James Baldwin, William Faulkner ... the list goes on and on.

Some of the cards are handwritten, others are typed with cross out marks and notes scribbled in the margins. 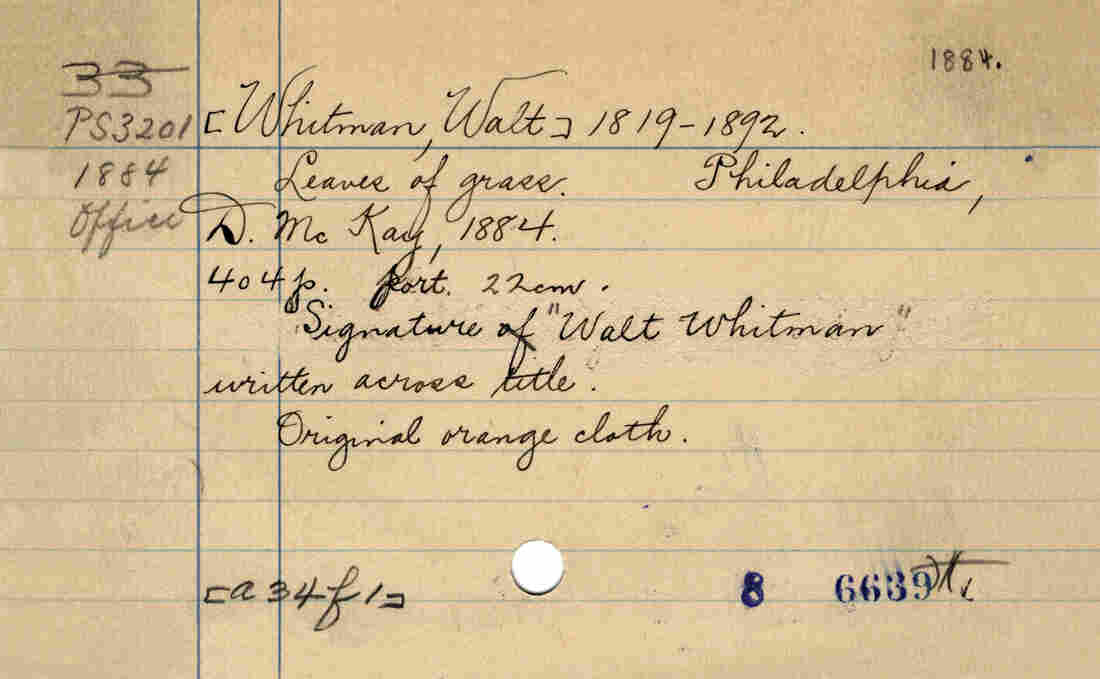 Humans have been cataloging for as long as we've had stuff to keep track of. Information isn't much good if you don't know where to find it, right?

There were the Sumerian catalogs of clay. The library of Alexandria in ancient Egypt had an impressive system for organizing and inventorying their scrolls. In the decades after the invention of the Gutenberg printing press, readers were panicking — with information being produced so rapidly, how could you possibly keep track of it all?

"The card catalog was a way of managing this increase in material," explains Carla Hayden, the librarian of Congress.

The card catalog as we know it showed up right after the French Revolution — a few hundred years after Gutenberg.

"What we have today is a fire hose of information," Hayden says. "Being able to catalog or contain and make sense of all of this information is what the card catalog represents." 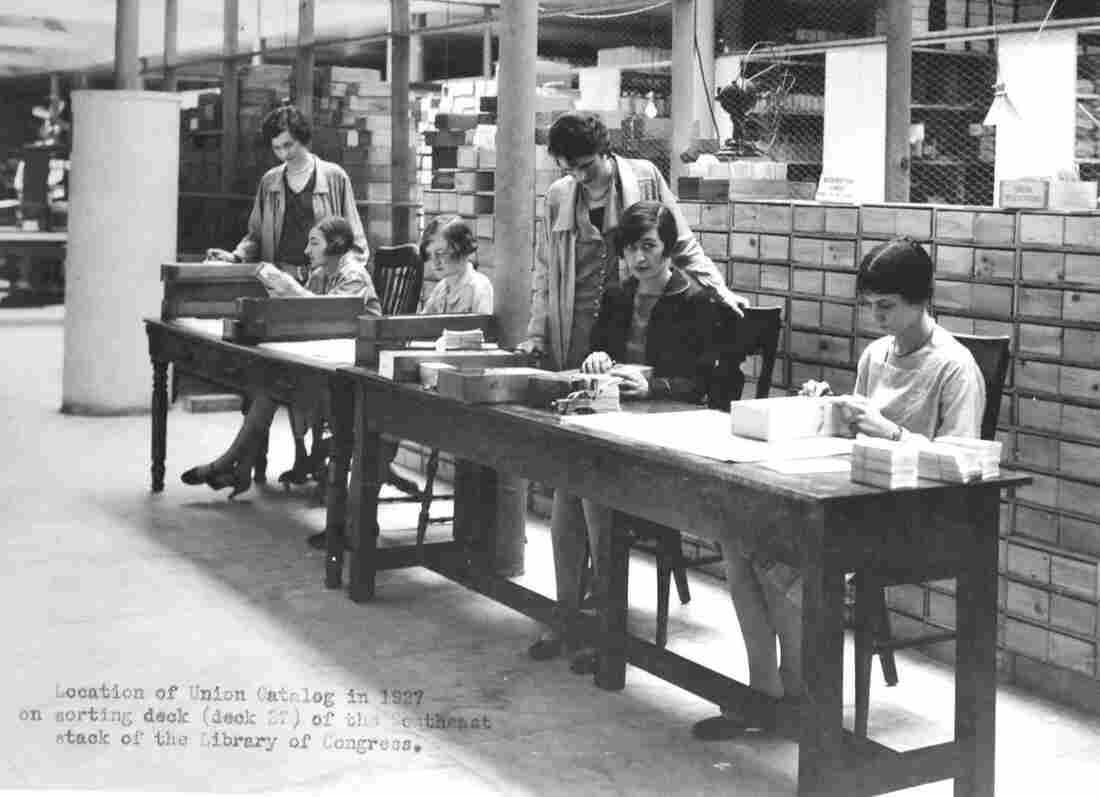 Handwritten cards began to be standardized in the 1800s, when New York State Library Director Melvil Dewey and inventor Thomas Edison perfected a handwriting style called "library hand." Its goal was to make the cards read the same no matter the library. Typewritten cards started appearing at the end of the 19th century.

Cataloging wasn't always neat and tidy — even for the old Congressional Library. An Annual Report from 1897 depicted a chaotic state of affairs: "The Library was so congested, books were heaped up in so many crevices and out-of-the-way corners, down in the crypt, hidden in darkness from access of observation, that obtaining a volume, and especially, one out of the range of general reading, was a question of time and patience. Frequently, it depended upon the phenomenal memory of the distinguished Librarian." 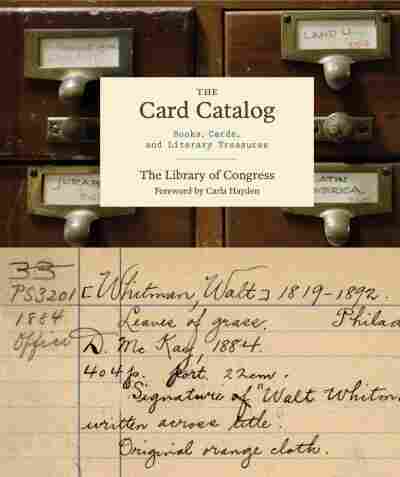 by Library of Congress and Carla Hayden

That distinguished librarian was Ainsworth Rand Spofford — who had his own "idiosyncratic" approach to cataloging. He said that without more space, he would be "presiding over the greatest chaos in America."

Spofford got his way, and the library reorganized and expanded that same year.

Card catalogs began to be phased out in the 1980s, but Hayden says there's plenty of nostalgia for the perfectly organized drawers of cards.

In the basement catalog at the Library of Congress, Hayden pulls out a card for her favorite childhood book — Bright April by Marguerite De Angeli, about a young Girl Scout.

"It was the first book that I saw that featured a young African-American Brownie and I loved it," she recalls.

And the card points Hayden to other books.

"If I was looking in the catalog at the time, I'd go 'What else did she write?'" These cards take her to De Angeli's Newbery Medal winner The Door in The Wall, and from there she's down a rabbit hole.

Human brains want to make connections. Whether it's poring over a card catalog or scrolling down a screen of search results.

The Library of Congress is working with universities and tech companies to create the next iteration of the card catalog — but unfortunately for all you tactile types, it probably won't be stored in tiny wooden drawers. 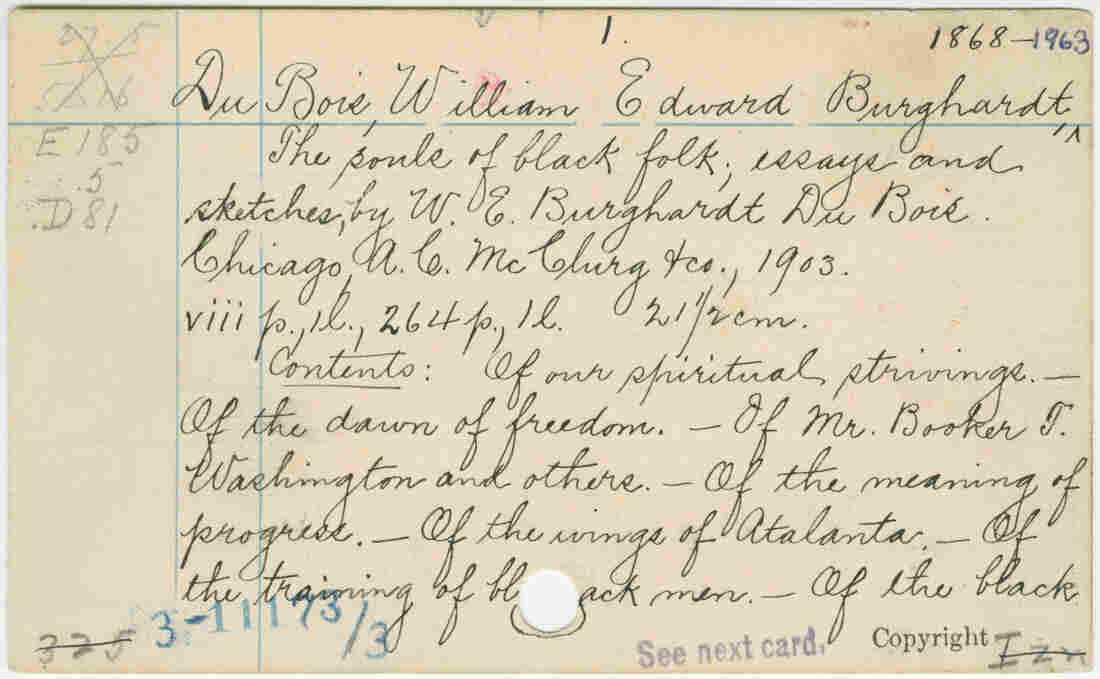 A previous version of this story misspelled Peter Devereaux's last name as Deveraux.