Accessibility links
In Coal Country, Environmental Regulations Are Creating Jobs Though President Trump speaks about how environmental regulations kill jobs, in some areas, the regulations help create them. In coal country, restoring streams is steady work.

How Environmental Regulations Are Creating Jobs In West Virginia

How Environmental Regulations Are Creating Jobs In West Virginia 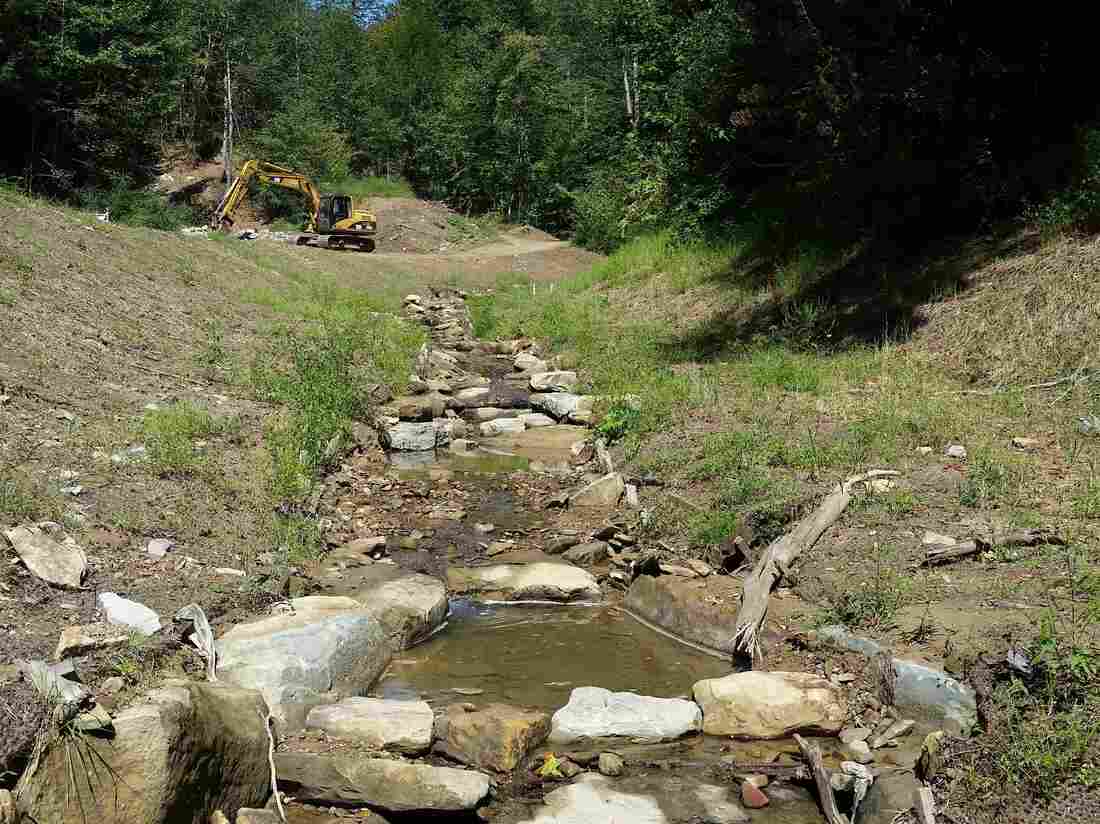 In coal country, restoring streams like this one near Logan, W.Va., is a big business. But the practice remains controversial among some scientists. Courtesy of Canaan Valley Institute hide caption 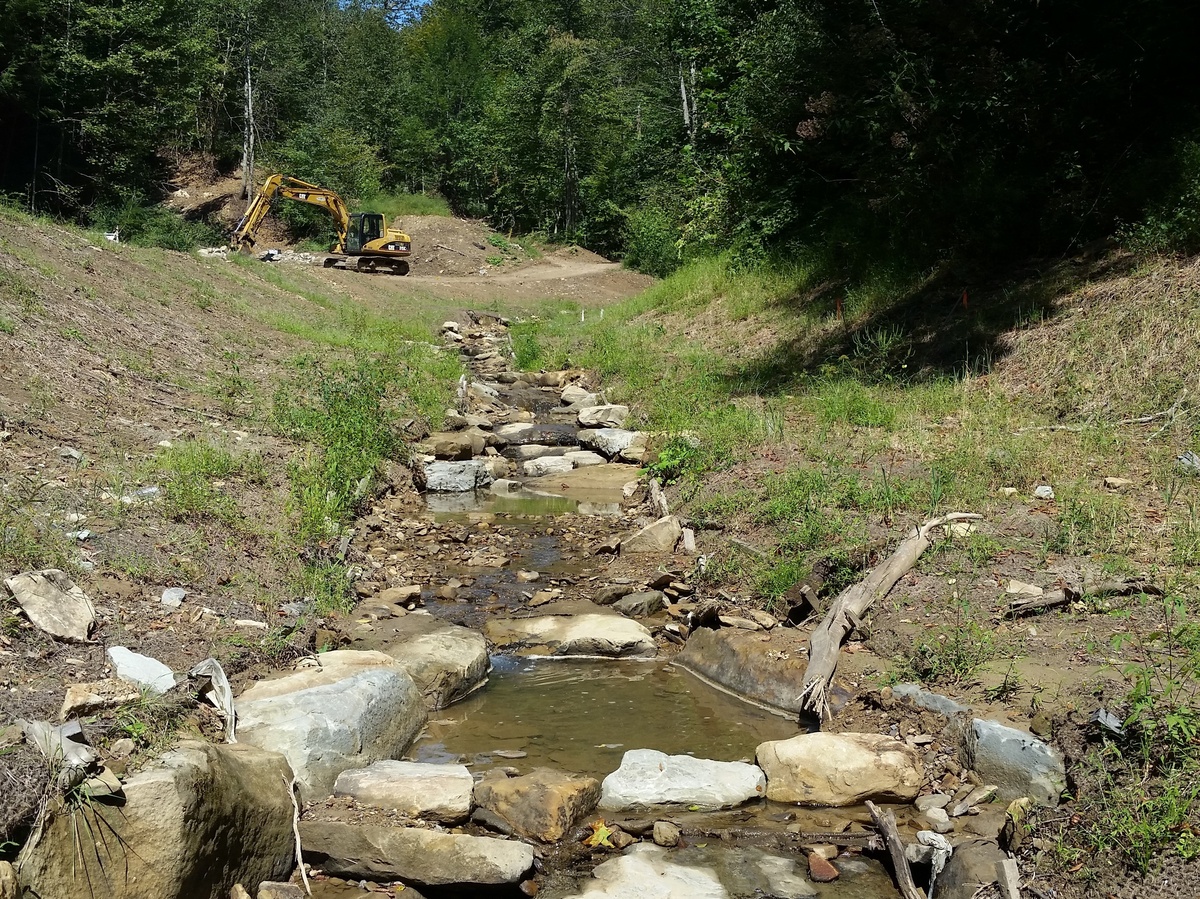 In coal country, restoring streams like this one near Logan, W.Va., is a big business. But the practice remains controversial among some scientists.

One reason President Trump gave for signing his order to dismantle climate policies was "to cancel job-killing regulations." But in places like coal country, environmental regulations are creating jobs, too.

Ed Watson is a hydrologist with Canaan Valley Institute and is in the business of fixing broken streams. From inside his truck, he points to a forested hillside towering behind a shopping center in Logan County, W.Va. The area was damaged by coal mining and took five years to restore.

So he studied old topographical maps and the land itself to figure out where streams used to flow.

"Our thought process was to try to re-hook up the plumbing of the watershed," he says. "So we put some streams back where streams haven't flowed for 50 or 60 years."

Watson was hired by Ecosystems Investment Partners, a land restoration company that buys up properties across the country and then restores them in exchange for credit from state and federal agencies. It's a business model made possible by environmental regulation.

Chris White and his brother Jason have also found steady work through these regulations. They created a company called Appalachian Stream Restoration.

But when asked if he considered himself an environmentalist, Chris White said he thinks of himself instead as a capitalist.

The Whites employ about 30 people, many of them displaced miners. They travel across the region fixing broken streams with backhoes and other heavy machinery. The National Mitigation Banking Association, a trade group, says ecological restoration is a $25 billion industry.

Some scientists question how sound these restoration projects are. Matthew Baker of the University of Maryland, Baltimore County sees them as a kind of "Disneyfication" of nature.

"Because it's tough to design what we don't fully comprehend, more often than not our restorations are a partial fix — pale imitations of reality," Baker says.

And so although Trump is making good on campaign promises to roll back environmental regulations, Chris White is not worried. His job is tied to the Clean Water Act, which hasn't been targeted so far. In fact, he welcomes the rollbacks, saying he thinks they will promote development, which will create more business for him.

This story comes from Ohio Valley Resource, a public radio reporting collaboration. Glynis Board is the Northern Panhandle bureau chief for NPR member West Virginia Public Broadcasting. You can follow her @GlynisBoard.