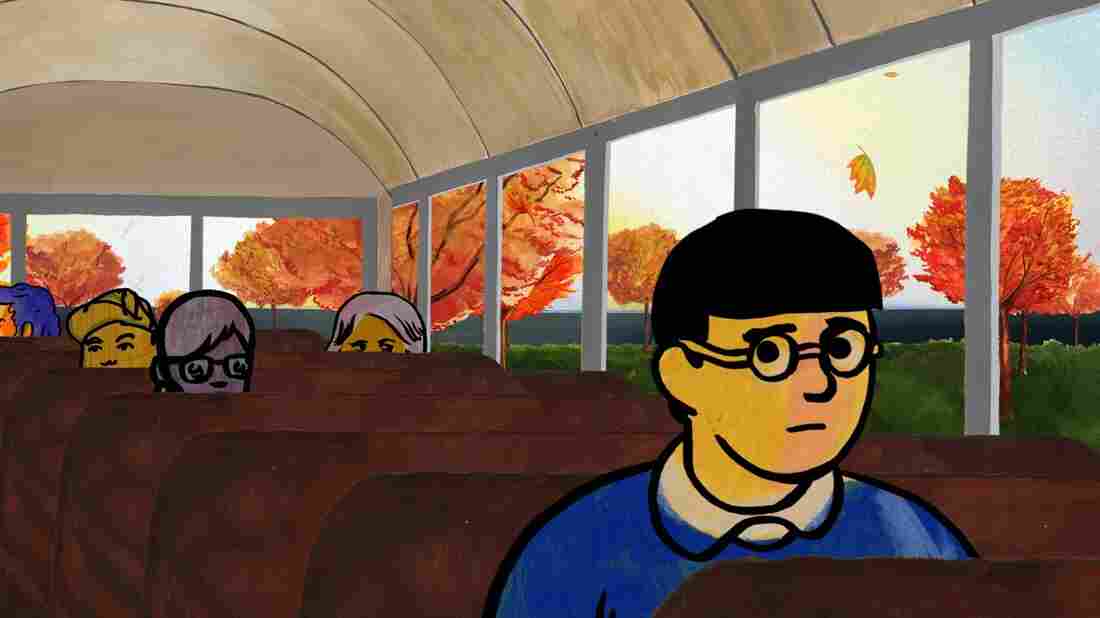 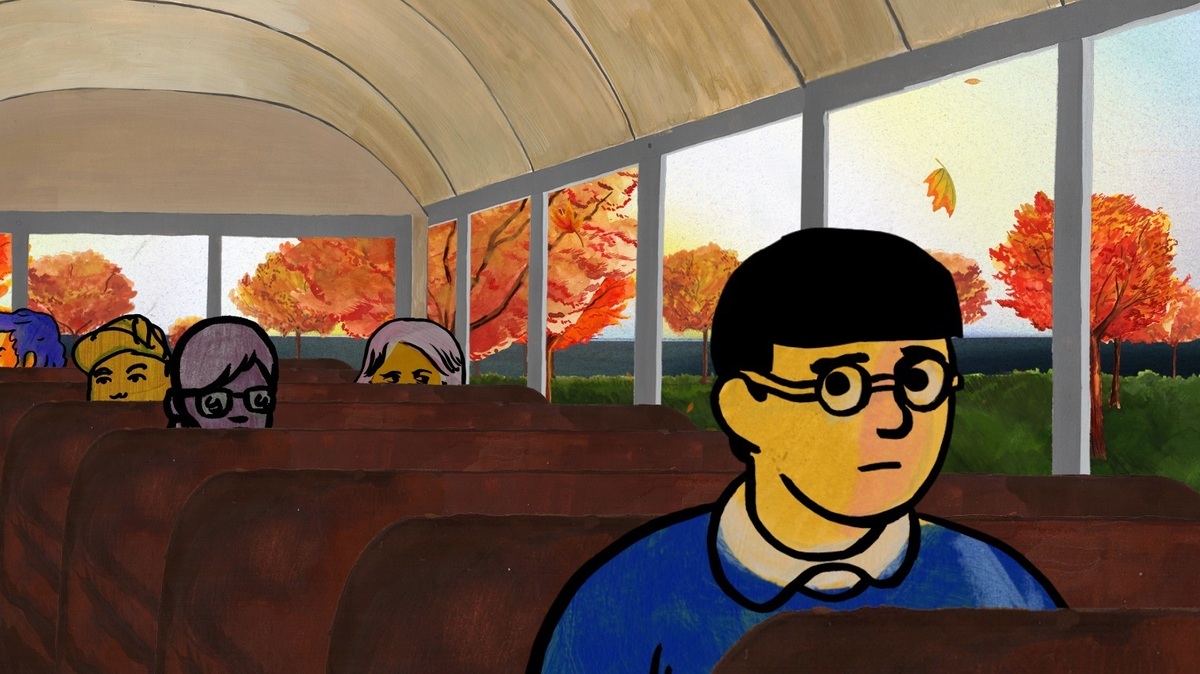 Depths Perception: Assaf (voiced by Reggie Watts) gets a sinking feeling in My Entire High School Sinking into the Sea.

You are not going to find a better title for a movie this year than My Entire High School Sinking Into The Sea. But the new indie animated film from comics artist Dash Shaw, based on an earlier story by him, is more than its name, or perhaps it's more accurate to say it's exactly as fun as its name. The film is a snarky back-of-the-class doodle about a high school collapsing on the foundation of its own stupidity, with a voice cast hailing exclusively from the cool kids table (Jason Schwartzman, Lena Dunham, Reggie Watts, Maya Rudolph). And yet it doesn't feel like some unapproachable in-joke. Like the best episodes of Buffy the Vampire Slayer, the film knows how to wield emotional power, exaggerating the anxieties of its adolescent heroes until they become actual threats to their existence. There's nothing else like it for many fathoms.

Shaw's Fantagraphics vision is a 75-minute collage of ideas that's also a literal collage. He mixes hand-drawn images, paintings, and Photoshop-aided animation, conjuring sights from a stroll through a forest where every tree is labeled with its scientific name to an X-ray shot of the inside of a young man's ear. Inside this veritable ocean of weirdness, Shaw inserts himself — or at least, an exaggerated version of himself as a narcissistic high school sophomore, also named Dash and voiced by Schwartzman with more than a little of that Max Fischer mojo.

Dash may be nearly friendless and obsessed with his own flowery prose, as all budding student journalists are, but he's also the only person armed with the knowledge that Tides High School is in danger of ripping from the edge of its California coastline and plunging into the depths below. When the ground underneath does give out (the administration has built a new auditorium on top of an already weakened foundation without telling anyone the building wasn't up to code), the action looks like a picture being torn angrily out of a notebook. Now Dash, his only friend Assaf (Watts), and their deadpan editor Verti (Rudolph) have to claw their way up each floor to safety, which means "graduating" through each grade level a lot sooner than planned.

The sinking high school is a rather literal metaphor, as well as an elaborate "I told you so" fantasy where the outcasts get to lord over the school ecosystem. Dash also sways popular cheerleader/gymnast Mary (Dunham) away from her sycophant pals and toward the uncool survivalists. But just because something's obvious doesn't mean it can't be exciting. The earthquake jostles the students and teachers out of their senses, triggering animal instincts left and right: the bullies go hunting for prescription drugs from the nurse's office to dull their final moments, while the upperclassmen form a doomsday cult around their charismatic leader. (Shades of this will be familiar to fans of Community, which also took delight in shuffling the social order of its school for the benefit of a gag.) And then there's Lunch Lady Lorraine, the gruff cafeteria worker, who might cook rats into her food but proves to be the only guardian capable of actually guarding these kids. Thank Susan Sarandon's lowest register for that delicious gravel voice; she rolls into action like General Patton with a ladle.

Gruesome deaths abound in this world, which mixes the economic style of Peanuts with the disaster movie cheese of The Towering Inferno and the darker impulses of manga like The Drifting Classroom. It's grungy — Shaw did much of the animation himself, and tilts toward abstract backgrounds and simple, repeated movements (the film is essentially a series of GIFs). But it doesn't cheat on the emotions, even as side characters are being eaten by sharks. As obnoxious as the in-movie Dash can be, you feel his pain upon realizing that Assaf is falling for Vinti and leaving behind his only friend for a girl. When the style gets experimental, it serves mainly to put us in the film's headspace: one sequence in which the characters search underwater for air pockets is all the more unnerving for the mess of watercolors that infiltrates our field of vision.

When the alternative-comics boom of the last couple decades has found its way to the screen, it's generally limited itself to live-action adaptations: your Ghost Worlds, your Scott Pilgrims. Studios might realize the big-screen potential of stories from this universe, but nobody wants to sink a ton of money into cutting-edge animated technology to satisfy a niche market. What we're seeing with works like High School is the chance to use advancements in DIY animation to break down the financial barriers that used to inoculate this industry from the threat of independent voices. It's the old guard sinking into the sea, and based on his killer first feature directing effort, Shaw has a good shot at emerging on top.