Accessibility links
Listen To Overcoats' 'Young' Care and tenderness are integral to this minimal and memorable album, one of Bob Boilen's favorites of 2017. 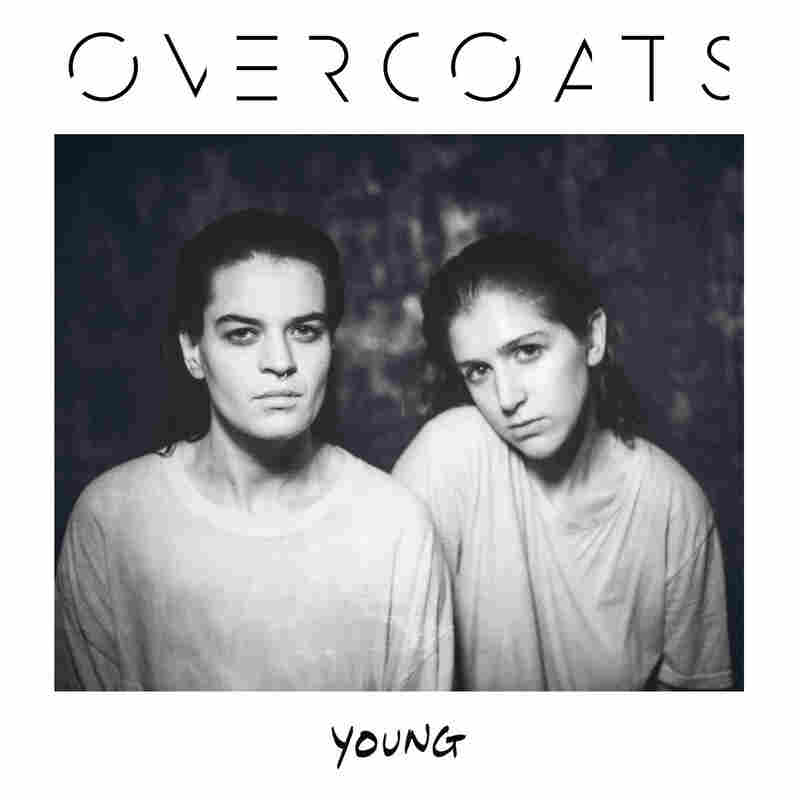 It's thrilling to know that one of the best albums of 2017 is made by two of the best friends you'll ever witness on a stage. Overcoats' Young is a record driven by ambition and passion, not craft. That's not to say Hana Elion and JJ Mitchell aren't terrifically talented singers and songwriters: What sets them apart is that I believe them. That the emotion in their harmonies and the space they give each other is filled with compassion. I believe their songs of loneliness and doubt.

"Walk On" is a classic, a song that builds on a droning note and an equally simple sentiment: "I miss him more than I should." But the song cautiously builds, letting the story blossom, and by the time the drums kick in, that singular sentiment is sung in loving two-part harmony: "Walk on / I don't wanna remember your name / Anymore."

The sadness is deep. While it's not as if this stuff isn't sung about in hundreds of love songs, Hana Elion and JJ Mitchell unfold the sentiments, as two friends would share a tale, and in this case we go from missing her man to the need to go separate ways. Then comes the unexpected: empathy. "I wrote this down for you / I hope it lets you rest your head / Even though there are words left unsaid / Don't you know that I loved / Every part of it." It's not a bitter ending, but a loving and necessary one.

This care, this tenderness, are integral to this minimal and memorable album. And if you want a musical touchstone, Young's production was assisted by Nicolas Vernhes, who produced and mixed Daughter's Not To Disappear last year and mixed Torres' Sprinter in 2015. Both of those projects are high on my list, records of emotion and spirit, not style and splash. It's no wonder that Young is my kind of record, too.