Accessibility links
Stream Valgeir Sigurðsson's 'Dissonance' Hear music both bleak and magisterial by an Icelandic composer and engineer who wields darkness into a singularly mesmerizing art. 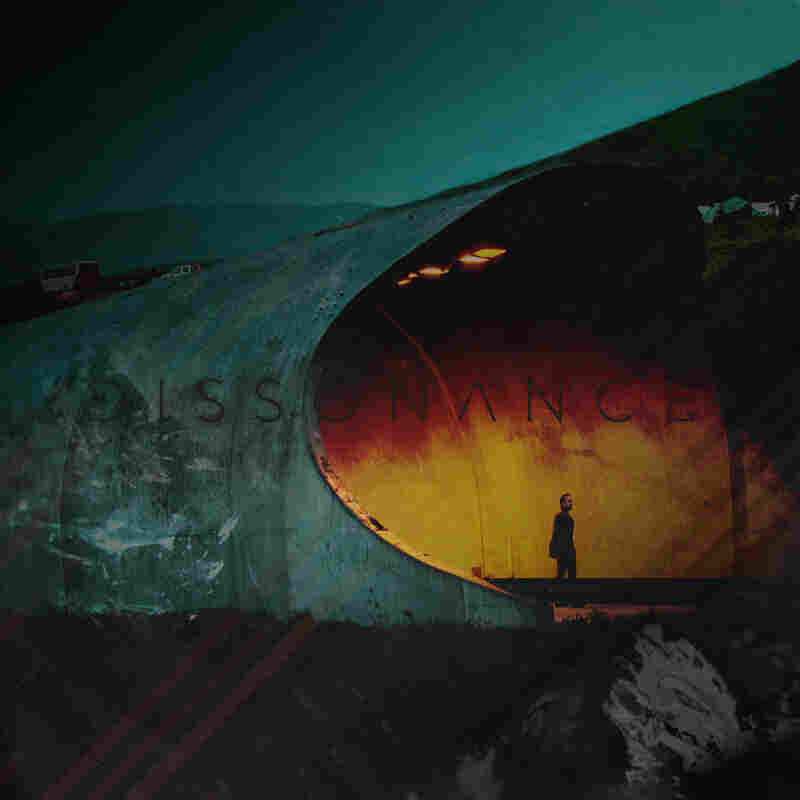 Dissonance has been around as long as music itself, no doubt. Even the Bible talks of music with "loud crashing cymbals." And if you thought the classical era offered only tidy melodies, try the opening of Haydn's oratorio The Creation, where the world is birthed in a mighty discordant wail, or Mozart's String Quartet No. 19, nicknamed "Dissonance" for its murky introduction.

With that Mozart quartet in mind, Icelandic composer and recording engineer Valgeir Sigurðsson carries on the tradition of intensity and dark beauty in a new album titled Dissonance (out April 21 on Bedroom Community).

Dissonance embodies, almost by definition, the idea of things falling apart, a feeling of unrest, of issues unresolved, of disagreement. Sigurðsson offers that and more over the course of three symphonic works that are by turns dense and bleak yet magisterial. Don't bother searching for even the slimmest shaft of sunlight. Here, one must delight in darkness. Within the notes to the album's press kit is found this foreboding proclamation: "This is music made to acknowledge, and confront, apocalyptic times."

The album's 23-minute title track obsesses over, and magnificently expands upon, the moody introductory passage in Mozart's "Dissonance" quartet. Instead of a quartet of strings, Sigurðsson deploys slowly blossoming layers of viola da gamba — the cello's grainier, earthier ancestor — and electronics. The piece looms like a silently throbbing glacier. Its movement is almost imperceptible apart from several squalling crescendos. Sigurðsson's droning walls of sound have ancestors in works like Michael Gordon's Decasia and the symphonies of Glenn Branca.

No Nights Dark Enough also looks back to a long-dead composer for inspiration – England's master of melancholy, John Dowland. Titles for each of the suite's sections are taken from Dowland's song "Flow My Tears." Amid subterranean rumbles and flickers of electronics, snatches of melody emerge in strings, propelled by rippling keyboard figures and hazy trumpets. The final section winds down in a wash of off-white noise.

The three-paneled piece 1875 was commissioned by the Winnipeg New Music Festival to mark the year Icelanders first came to the Manitoba capital. The music recounts the settlers punishing journey with chugging rhythms under thickets of piercing strings, long brass calls encased in glassy harmonies and extremes of pitches, so low you only feel them and so high as to push the edge of human hearing. With an anguished cry, the music subsides with tolling bells behind a scrim of static.

Sigurðsson applies his engineer credentials (he's worked with Björk, Sigur Rós, Brian Eno and Feist) to the way he composes, and how he meticulously records the Reykjavik Sinfonia. He divides the orchestra up section by section — even instrument by instrument — and records the parts separately; then, like a jigsaw puzzle, puts it all back together in the studio.

With this technique, one could argue Sigurðsson actually conquers the unresolved unrest of dissonance. By harnessing complete control over his soundworld (like Goya did in oils with his disturbing "Black Paintings"), Sigurðsson possesses the power to wield darkness into a singularly mesmerizing art.