Accessibility links
Listen To Charlie Worsham's 'Beginning Of Things' With his wry, subtle wit intact, the Nashville mainstay embraces great playing, sophisticated lyricism and the insight that comes from being the guy in the room who sits back and takes it all in. 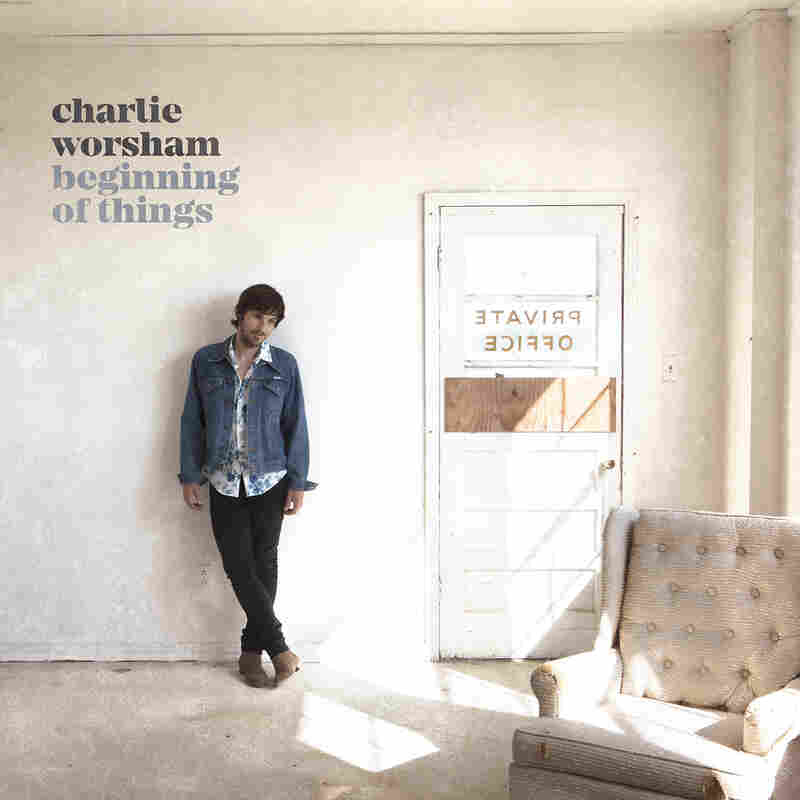 The fond joke is an underrated art form, especially in this time of hashtag brutalism and Louis C.K.-style existential wandering. In country music, humor with heart has long offered a way for songwriters to consider the foibles of the music's fan base — and to confront deeper issues, too, from alcoholism to bigotry to economic hardship. Stars like Tom T. Hall, Roger Miller and, more recently, Brad Paisley have made a specialty of kindly satirizing such subjects; it's one way country music challenges preconceptions. On his second album, Charlie Worsham revitalizes this practice while exhibiting deep musicality and a romantic streak.

Worsham is the guy many country music lovers in Nashville love the most, though the rest of the world is only just recognizing his enormous skill and grace. Part of the same community that nurtured Kacey Musgraves, Maren Morris and the Brothers Osborne, Worsham released a 2013 debut that had strong moments, but didn't manage to truly represent his wry wit and curious nature. But on Beginning Of Things, Worsham discards the "suits that didn't suit me," as he sings in the rocking "Please People Please," and fully embraces what he does love: great playing, sophisticated lyricism and the insight that comes from being the guy in the room who sits back and takes it all in.

A great example is "Southern By The Grace Of God," with its light, Duane Allman-style riffing and familiar, semi-rural portraiture: "Old men sittin' in cold beer joints talk real slow to get their point across," Worsham sweetly croons. The chorus reveals that the piled-on quaintness is a bit of a ruse — "You can't out-country me!" Worsham nearly yodels. He and his co-writers, Luke Dick and Shane McAnally, are gently ribbing those who insist that Southernness has to be old-fashioned and unwashed.

Subtle twists like this are part of what makes Beginning Of Things so pleasurable. Worsham, who co-wrote most of the album's songs, turns the approach tender in "Old Time's Sake," a hookup song that ends with a parking-lot goodbye instead of a bro-country-style roll in the back of a pickup. The trippy "Birthday Suit" (originally released by Nashville punk-country band Republican Hair) sounds like frat-party debauchery, but upon deeper listen reveals itself as a critique of capitalist ambitiousness. The tropically tinged "I Ain't Goin' Nowhere" is a declaration of faithfulness that sounds like a vacation anthem. This is Worsham's way. He makes listeners feel good, then challenges them to think, too.

Worsham is a multi-instrumentalist and good friend of Vince Gill, another subtle Nashville player able to travel the breadth of the country genre. For Beginning Of Things he worked with two other major forces: the producers Frank Lidell and Eric Masse, the team also responsible for Miranda Lambert's 2016 award-winner, The Weight of These Wings. They gathered many of the best instrumentalists in town (and beyond — drummer Matt Chamberlain flew in to add his unrivaled touch) for these sessions, which flow like a local IPA on tap. Like Lambert, Worsham is making a space in country music for subtle challenges, using humor and insight and undeniable musical talent. He's a serious contender, even as he makes us all smile.