Accessibility links
Former President George W. Bush On Foreign Aid, Immigration And 'Portraits Of Courage' Bush has dedicated billions to combat AIDS in Africa and recently traveled to the continent. If nothing had been done about the pandemic during his time in office, he said, "I would've been ashamed." 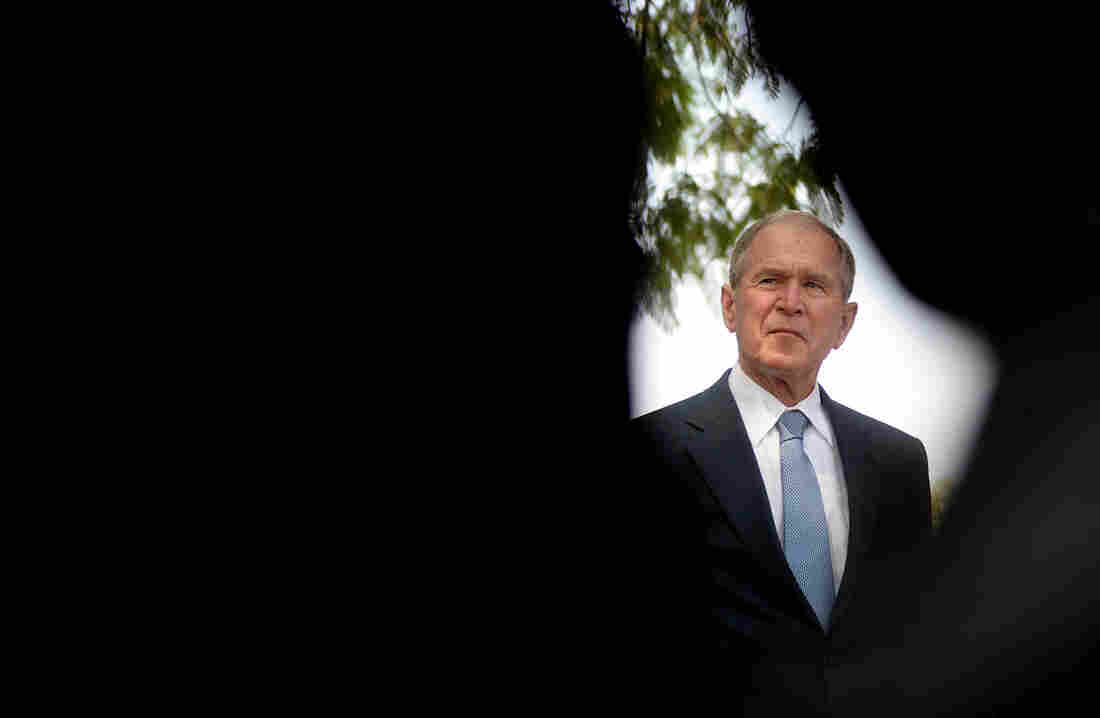 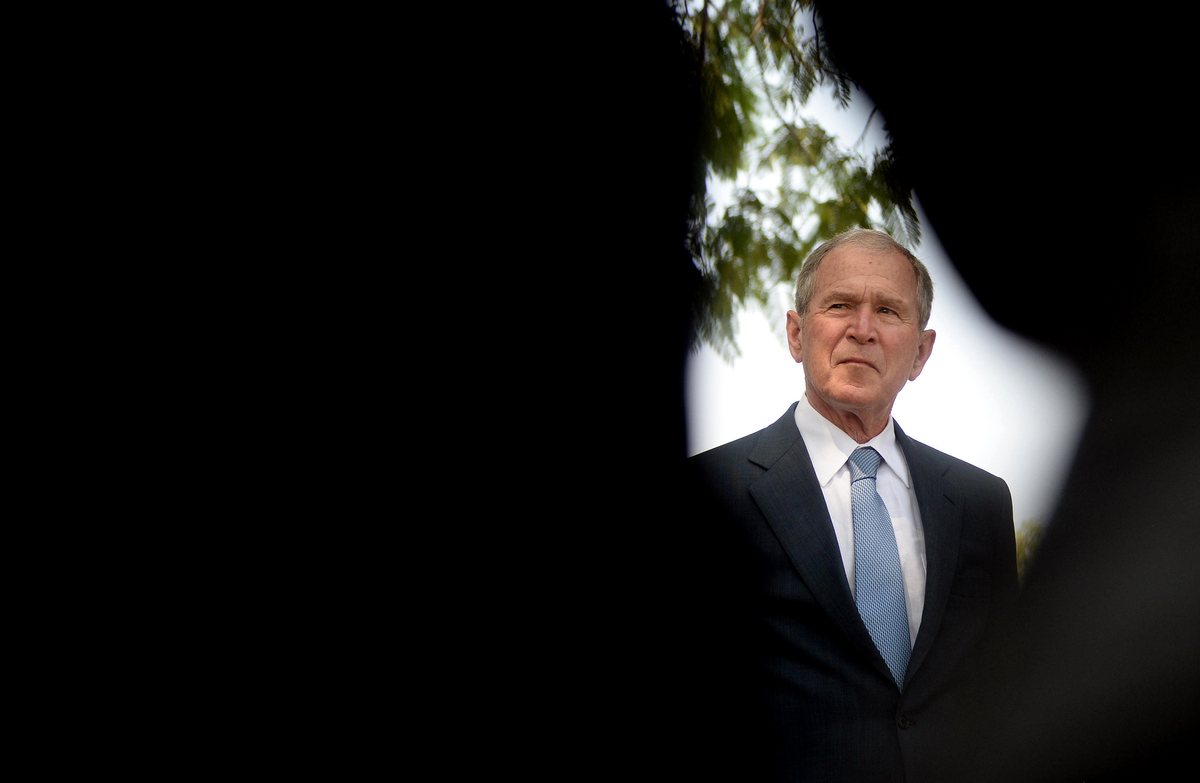 President Trump's budget blueprint is all about "hard power" — increasing the country's military might by slashing foreign aid. The proposed cuts are in contrast to the dramatic boost to foreign aid under President George W. Bush.

Bush dedicated billions to combating HIV/AIDS in Africa with a program called PEPFAR that still exists today. So far, it has been spared from cuts. He highlighted the program's work and that of his post-presidency initiative to combat AIDS and cervical cancer during a recent trip to Africa.

"I think the most meaningful moment for me was going to a maternity ward in Namibia," he told NPR at the George W. Bush Presidential Center in Dallas. "Seeing a roomful of ladies, most of whom — if not all — had the AIDS virus, and every one of their babies was born without AIDS. Mother-to-child transmission efforts of PEPFAR have been unbelievably successful."

Asked what he would say to a mom struggling in the United States and watching money flow to foreign places like Botswana and Namibia, Bush responded:

"Look, we can't solve every problem. And I would tell the person who's out of work, hopefully there's enough aid there to help you transition. But, you know, the idea of turning our back on a pandemic that would've wiped out an entire generation of people, I don't think is in the spirit of the United States."

"When you have an entire generation of people being wiped out and the free world turns its back, it provides a convenient opportunity for people to spread extremism," he said. He added, "I believe in this case that it's in our national security interests as well as in our moral interest to continue funding this program."

Bush also spoke with Morning Edition about immigration and his new compilation of veterans' portraits.

On whether President Trump's proposed budget cuts to foreign aid are an attack on Bush's legacy, as former USAID head Andrew Natsios has said

First of all, I'm not real comfortable with "legacy." That kind of assumes that I'm doing this in order to protect my own reputation. And that's the last reason one would take on a humanitarian mission. But I do know that we set priorities in my administration, and one such priority was human life on the continent of Africa. And it surprised people. Of all places, why? And the answer ... is that, had nothing been done about this pandemic and a whole generation died, which would've created enormous instability on the continent of Africa ... I would've been ashamed.

On immigration and relations with Mexico

I have been dealing with the immigration issue ever since I was a governor of the state of Texas. I laid out what I thought was a comprehensive plan that would work in an Oval Office address when I was the president. I still think that's going to be the plan that ends up being adopted at some point in time. ...

There needs to be a way for somebody to be able to get in line to become a citizen so long as they met certain criteria. ...

I think it's very important for us to recognize the importance of Mexico and the relationship we have with Mexico. We want Mexico to succeed. It's in our national interest they succeed.

On his book, Portraits of Courage

I know these men and women quite well. There is not an ounce of self-pity in their being. They need help. And so the book's purpose is to call attention to their courage, but also to the need to help them transition from the military life to civilian life. You know, as a matter of fact, getting to know them ... has been uplifting. And that's what this book is all about is honoring them.