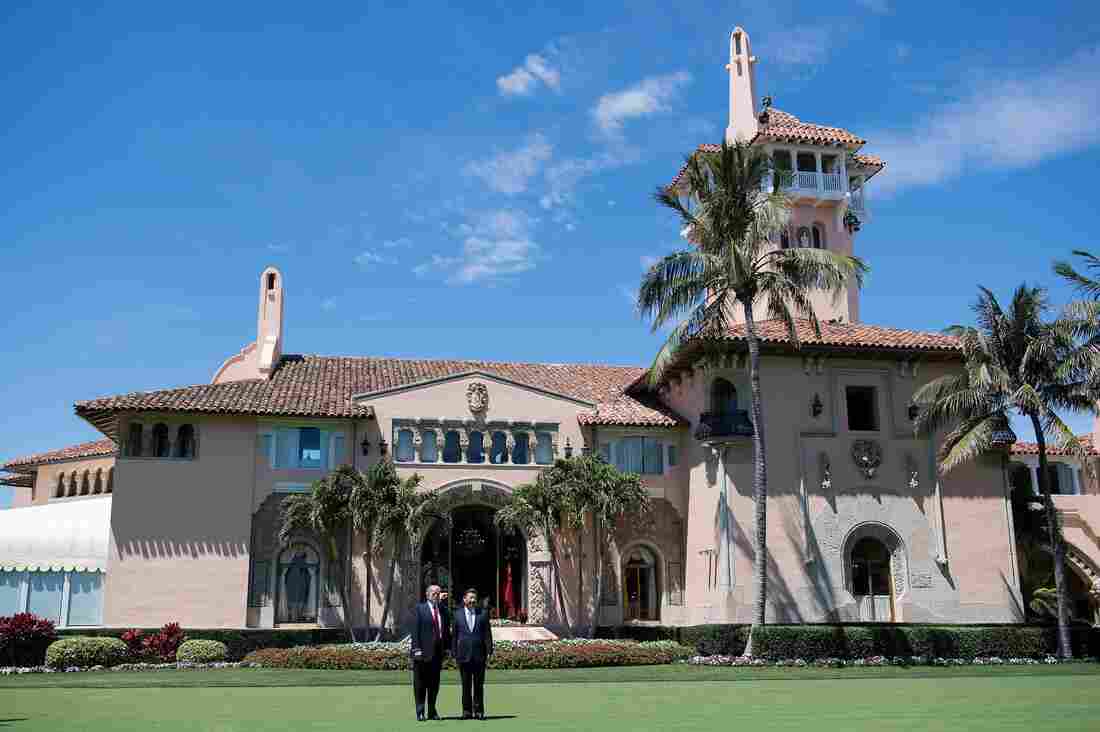 President Trump meets with Chinese President Xi Jinping at the Mar-a-Lago in Palm Beach, Fla., on April 7. Not all of the president's visitors are made public; advocates want to change that. Jim Watson/AFP/Getty Images hide caption 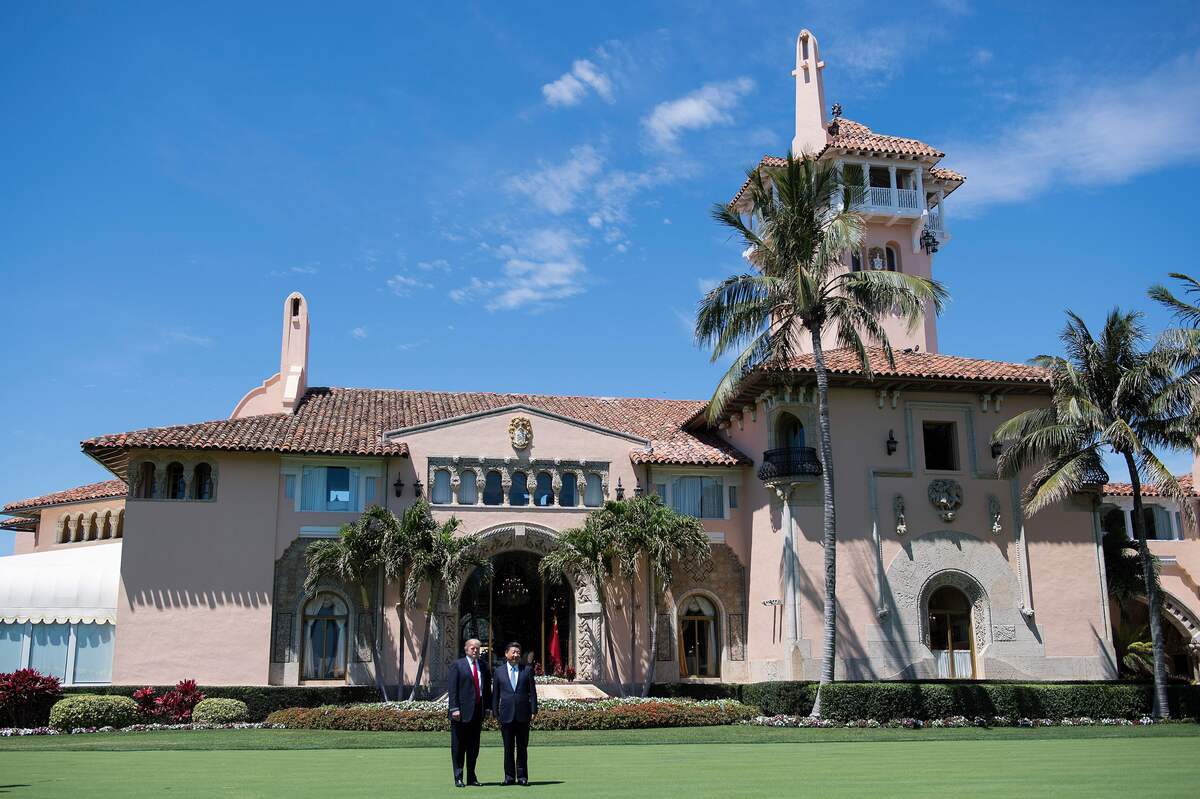 President Trump meets with Chinese President Xi Jinping at the Mar-a-Lago in Palm Beach, Fla., on April 7. Not all of the president's visitors are made public; advocates want to change that.

President Trump will be at his Mar-a-Lago resort in Palm Beach, Fla., for Easter — his seventh of 13 weekends there as commander in chief.

Although he conducts business at the Trump Organization estate, it's not always clear with whom. Some government watchdog groups are asking a federal court to compel the Trump administration to release a list of visitors to Mar-a-Lago, as well as to Trump Tower and the White House.

Referred to by Trump as the "Winter White House," the private club has about 500 dues-paying members. Over the last few months, in addition to beach and tennis privileges, members have had a front-row seat to important presidential deliberations.

Trump says he ordered last week's missile strike on Syria while having dinner with Chinese President Xi Jinping. The Palm Beach Daily News reports other guests were nearby, including Boston Celtics great John Havlicek, who was celebrating his birthday with friends.

Two nights later, Trump was chatting with club members and guests, including billionaire and political activist David Koch, who was there with his brother Bill.

The head of Citizens for Responsibility and Ethics in Washington (CREW), Noah Bookbinder, says although it's a private club, Americans have a right to know who's visiting Mar-a-Lago while the president is there. "If anything," he says, "it's more important to know who's there because you don't have the usual protections and procedures that you have with the White House."

CREW and other groups, including the National Security Archive, have filed Freedom of Information requests for the visitor logs since Trump took office. This week, they took their request to federal court in New York and extended it to include visitor logs for Mar-a-Lago and Trump's Manhattan residence, Trump Tower.

But, former Secret Service official Jonathan Wackrow says, "they're asking for something that does not exist."

Wackrow, now with Risk Assistance Network and Exchange, says the visitor logs for the White House are part of a complex system that includes background checks and personal data. That kind of information, he says, isn't gathered at other places the president stays, like Mar-a-Lago. "It's a private facility. It's not a government controlled facility at all. It's a temporary location where the president goes to," Wackrow says. "So even the security posture there is set up on an ad hoc basis."

The Secret Service screens for weapons and other direct threats to the president, Wackrow says, but otherwise is not involved in admitting guests at Mar-a-Lago. CREW's Bookbinder says given Trump's ongoing use of Mar-a-Lago and the important meetings taking place there, the administration needs to begin maintaining and releasing visitor logs.

"It needs to be essentially treated the same way the White House treats its records," he says. "And so, if it's not already happening, they need to very quickly come up with a policy to make sure it does start happening."

Wackrow says maintaining the visitor access system at the White House costs the Secret Service millions of dollars each year and is not easily replicated at Mar-a-Lago, Trump Tower or other places the president stays.