Accessibility links
New Film Celebrates Emily Dickinson's Poetry And 'Quiet Passion' Many people find fascination in Dickinson's mysterious, reclusive life. But British film director Terence Davies says it was her poetry, more than her personal life, that drew him in. 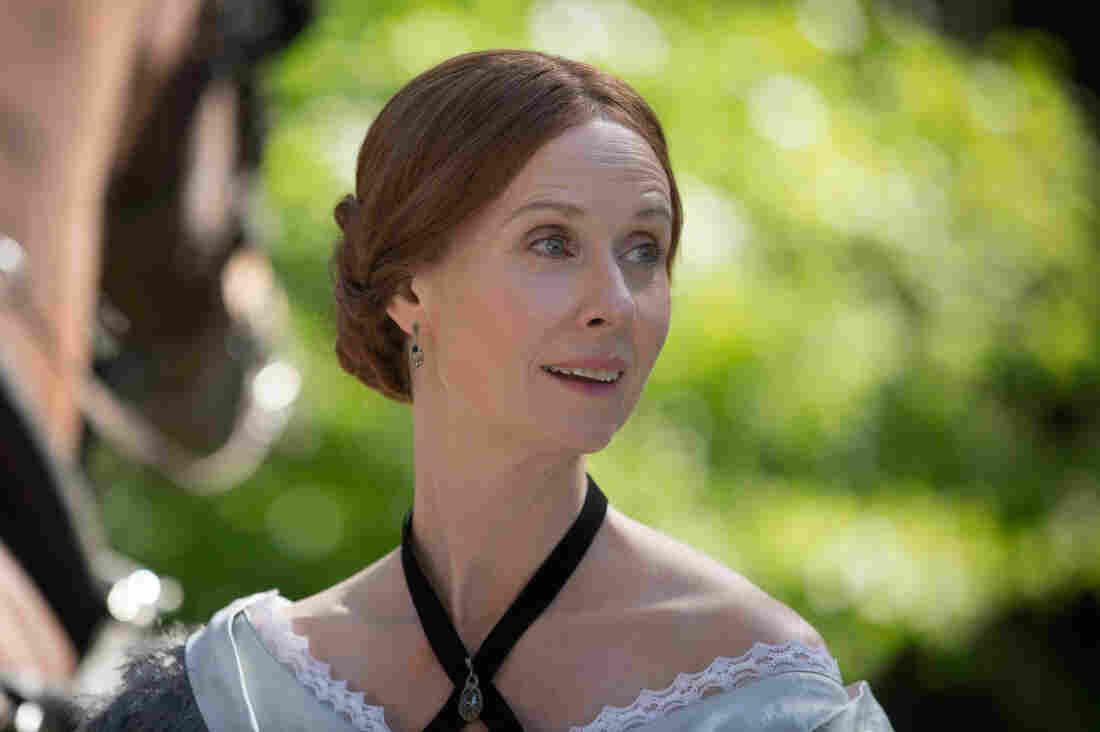 Cynthia Nixon plays Emily Dickinson in Terence Davies' new film A Quiet Passion. "I think she was afraid of life," Davies says. "Like a lot of geniuses, she had — skin missing. And that makes you very, very vulnerable." Johan Voets/Hurricane Films/Courtesy of Music Box Films hide caption 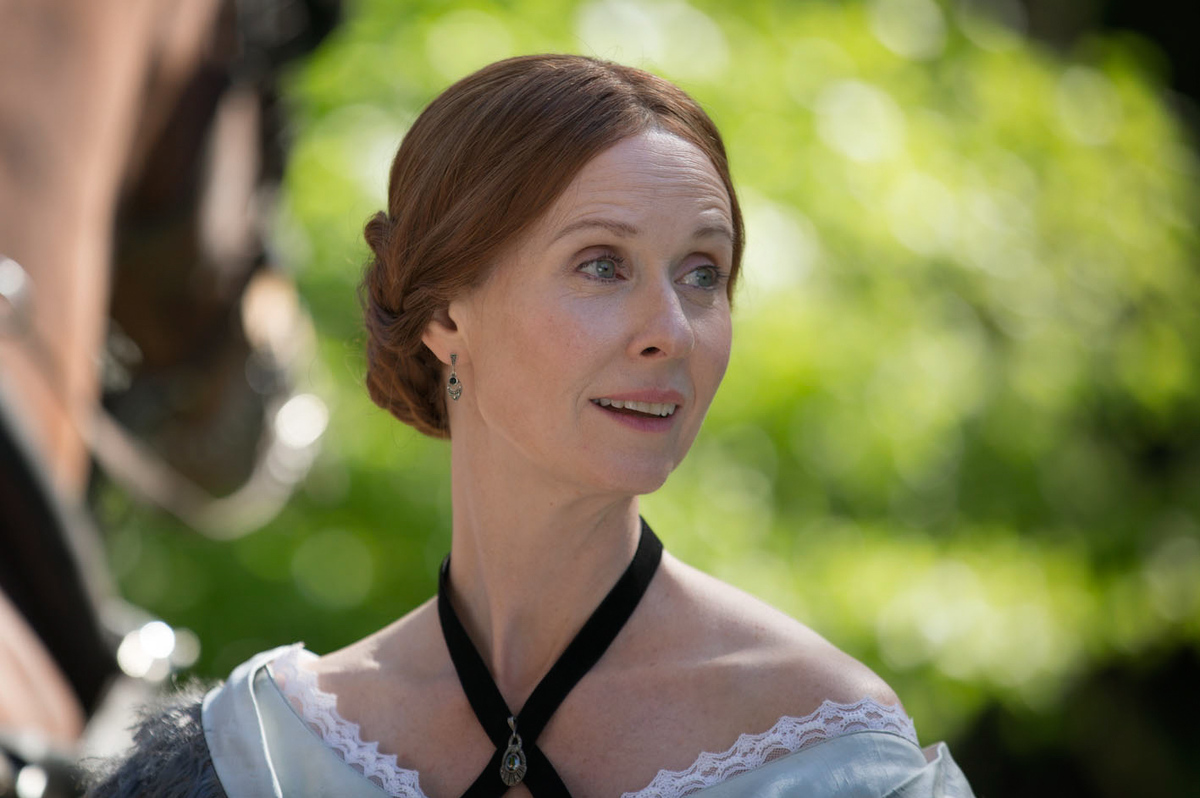 Cynthia Nixon plays Emily Dickinson in Terence Davies' new film A Quiet Passion. "I think she was afraid of life," Davies says. "Like a lot of geniuses, she had — skin missing. And that makes you very, very vulnerable."

Many people are drawn to Emily Dickinson because of her mysterious life — the brilliant poet rarely left her family home in Amherst, Mass., and her work wasn't recognized until after her death.

But British film director Terence Davies says it was her poetry, more than her personal life, that drew him in. Davies discovered Dickinson on television. An actress was reading one of her poems and afterwards Davies immediately ran out to buy one of her collections.

"What moves me about all the poems I've read is everything is distilled down to the bare essential," Davies explains. "But it's the very reticence of that that makes it desperately, desperately moving."

His new film, A Quiet Passion, stars Cynthia Nixon as Dickinson. The movie creates an image of a complicated woman whose poetry is steeped in pain.

In the film Davies uses Dickinson's poetry as a kind of commentary on her life. In the opening scene, Dickinson is severely chastised by the headmistress of her school because she refuses to say she wants to be Christian. Dickinson is dismissed as a "no hoper." As the scene ends she stands alone by a window as Nixon reads one of her poems:

For each ecstatic instant
We must an anguish pay
In keen and quivering ratio
To the ecstasy.

For each beloved hour
Sharp pittances of years,
Bitter contested farthings
And coffers heaped with tears.

Much of A Quiet Passion focuses on Dickinson's spiritual struggles. Davies says he identified with her because he also went through a spiritual crisis in his youth.

Never Mind The White Dress, Turns Out Emily Dickinson Had A Green Thumb

"From 15 to 22 there was seven years of doubt and I really, really prayed for God to reveal himself, and of course he didn't," he recalls. "So I know what that is like. Faced with mortality, what do we do with this thing we call the soul?"

In the film, Dickinson's refusal to compromise her beliefs often puts her at odds with the conservative religious beliefs of her family and friends. In one scene, she refuses to kneel when a visiting minister leads her family in prayer. Her disobedience infuriates her father.

Dickinson has a few close relationships but is heartbroken when friends leave her. The only man she is attracted to is already married. He appreciates her poetry but few others do. She withdraws into her family home, sheltering herself from a world she doesn't really understand.

"To interpret the world you have to be an observer of it," Davies says. "What being an observer does, it puts you on the outside of life. You're never really part of it and life seems almost incomprehensible. How do other people manage their way through the world?"

Dickinson's reclusive life has been always been a source of fascination for artists.

"There's a kind of mystery around Dickinson and where mystery is, stories bloom," says Brenda Wineapple, author of White Heat, about Dickinson's friendship with a well-known abolitionist. Wineapple sees Dickinson as a strong, witty woman who did have lasting friendships. She says Davies has created a Dickinson whose radical life choices cost her a great deal.

"Over time she becomes caustic and angry and disappointed, which is not necessarily how people, particularly in the recent past, have imagined Emily Dickinson," Wineapple says.

But Davies says of course Dickinson was angry — she wanted to be loved and she wanted her work recognized even though she chose to live as a recluse.

"In the end that haven becomes a prison," he says. "It's sort of an emotional prison she can't get away from. That's very sad and very hard to bear, I think."

A Quiet Passion ends with Dickinson's death, before the hundreds of poems that would make her famous, were discovered.