Accessibility links
GoldLink On Go-Go And Making The Best Of A Bittersweet History The D.C. rapper survived a rough upbringing and made it as a member of a hip-hop renaissance in and around the nation's capital. That, he says, is cause for both celebration and soul-searching. 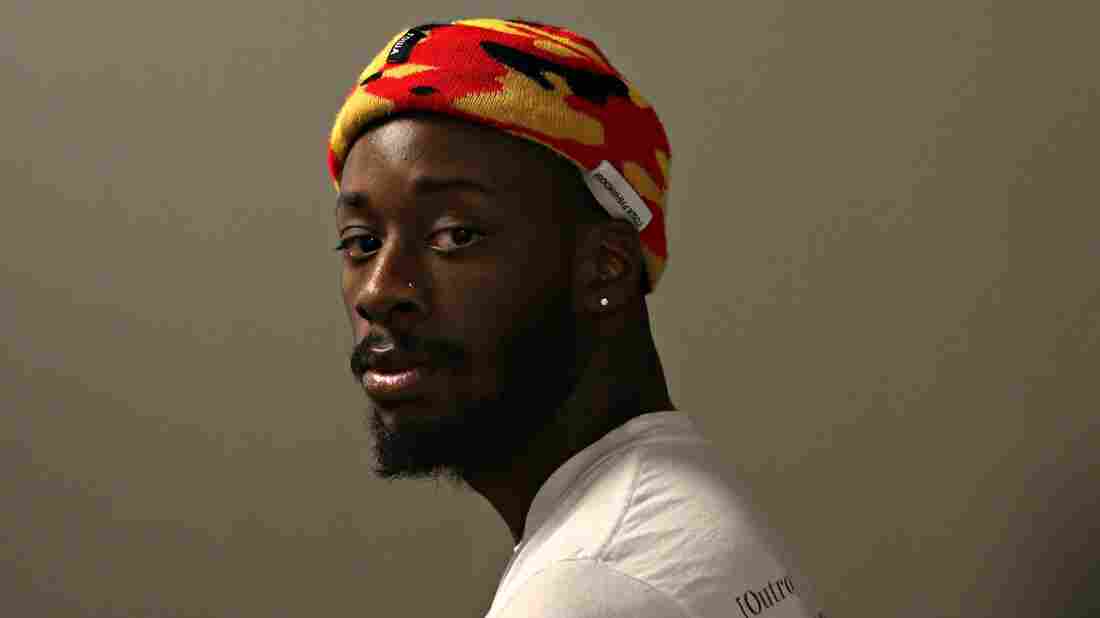 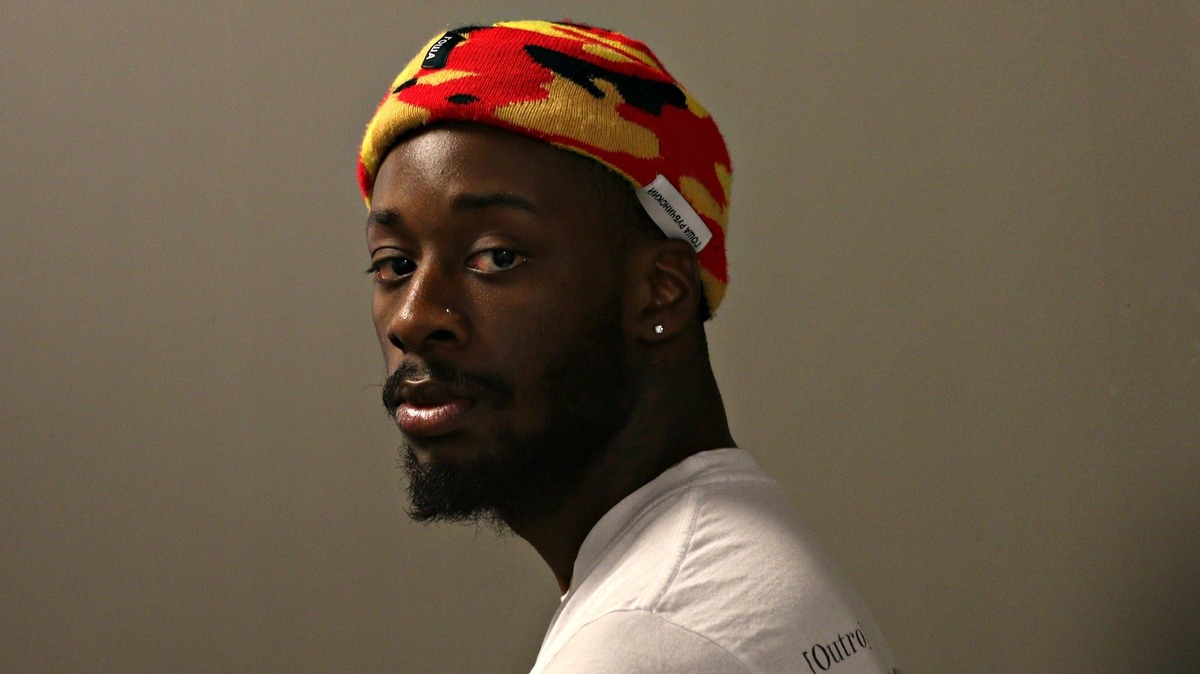 "I was just happy to be alive growing up," GoldLink says. "I just didn't even know if I could make it, 'cause a lot of kids that I knew did not make it."

GoldLink — born D'Anthony Carlos — grew up surrounded by the sounds of Washington, D.C., in the 1990s. His father, an employee of the District's Parks and Recreation department, introduced him to go-go: a funk-infused dance music that originated in D.C. in the '70s and is one of the influences on his latest album, At What Cost.

"[Go-go is] all heavy percussion, so it's more funky, but it's really heavy drum percussion, right?" GoldLink says. "The fact that all of these black people would gather together into a venue, no matter what the outcome was, to dance and use this music as an outlet and escape from the everyday community — like, problems that we had — was just amazing to me. You know, that shows ... how much unity that we really do have that we don't think that we have."

The music brought the community together — but by the late '00s, the city had closed several of the most popular go-go venues because of violent incidents.

"It kind of took the outlet away," he recalls. "And if you ask me, it kind of had the city on standstill because it was like, 'What do we do now?' And then for a minute it was really quiet and then I guess people just started rapping, you know? And I think it started this whole new music renaissance that we're doing right now."

At 23 years old, GoldLink now feels he's part of that renaissance. At What Cost is a bittersweet reflection on how far he's come.

"My father grew up in the crack era," he says. "He would sell drugs and his friends would sell drugs ... in these broken homes. My father is like, one of like seven, eight kids with no father, you know what I'm saying? From that era, all of those dudes went to jail or they got killed — and then from that it spawned, they had babies, which was us. I feel like their generational curse or problem, whatever it was, kind of just trickled down on us and it's in our DNA."

That legacy shows up on "Crew," a song on At What Cost that casts GoldLink's personal and community history in a triumphant light.

"It's low-key a celebration-of-life record, knowing you can die any day ... and then just kind of celebrating the life that you have with the people that you love," he says. "I was just happy to be alive growing up. I just didn't even know if I could make it, 'cause a lot of kids that I knew did not make it ... I'd get calls like, 'Yo, so-and-so got locked up for 55 years,' like seriously, and then like, 'Oh, so-and-so just got shot at the court. So-and-so got hurt here. So-and-so got into some bull over there...' you know what I'm saying? Everybody just dropping like flies."

That GoldLink has both survived and achieved success is — according to him — a cause for not only celebration, but also some measure of soul-searching.

"You know, I suffer kind of from survivor's guilt," he says. "It's like you suffer from success because you feel like — why me? Why am I so special? What makes me so different from the next man and why am I able to achieve these things that this person can't? Prayer is the only thing that helps me get through it."

Even if he's sometimes conflicted about it, GoldLink doesn't see himself leaving D.C. for the foreseeable future.

"It's a great place. I'm from here, I know this place, I was born and raised and it keeps you grounded, it does," he says. "Just knowing that you're still very close to the things that I talk about, it shows that there's still so much work to and I just — I need to be here in order for me to help."