Accessibility links
Book Review: The Shadow Land,' By Elizabeth Kostova Elizabeth Kostova's deep love for her adopted homeland grounds this story of a young American woman in Sofia, who finds a mysterious urn full of ashes and has to piece together the lives behind it.

A Strange Odyssey Through Bulgaria In 'Shadow Land'

A Strange Odyssey Through Bulgaria In 'Shadow Land' 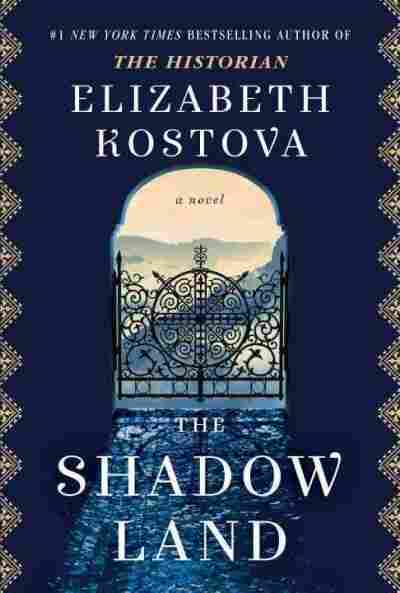 In 2005, I read a book so suspenseful, so laden with longing that I could not put it down: The Historian, by Elizabeth Kostova. In 2010, her sophomore effort, The Swan Thieves, thrilled me slightly less, but made up for its lack of suspense with a delicate dance through the world of fine art. However, both novels lacked something else — a sense of grounding and purpose. I could sense it somewhere not far off, but it didn't yet exist.

Happily, Kostova has found that something else in her new book, The Shadow Land, in which she returns to the Eastern European terrain of The Historian — but this time it's not a fictional landscape based on tales of Dracula, it's the real topography of present-day Bulgaria. Some readers will already know that Kostova first visited Bulgaria in 1989, where she met her husband Georg Kostov. (It's important to note that Kostova was not on a whirlwind weekend holiday; she went to Bulgaria to study its folksongs. Her interest in the country is deep.)

The Shadow Land opens in 2008, as a young American woman named Alexandra Boyd arrives in Sofia to teach English. When her cab driver drops her at the wrong hotel, she has a brief encounter with an elderly couple and winds up holding their satchel — which holds an urn labeled as the remains of a man named Stoyan Lazarov. Her new cabbie, who goes by "Bobby," takes her to the police station, which sets the pair off on a strange odyssey through the Bulgarian countryside, searching for Lazarov's relatives. (Alexandra feels beholden to do so, and it's partly personal, but more on that in a moment.)

Fortunately for Alexandra, "Bobby" (real name: Asparuh Iliev) isn't a serial killer, but a part-time poet and political activist who quickly gains sympathy for his passenger's quest. He is also, we learn in a slightly clunky scene, gay — no worries that this will turn into a romantic road trip. Although the scene is clunky, the relationship that grows between Alexandra and Bobby is not. Yes, it's a plot device, but Kostova allows the two to develop a rapport based on Bobby's knowledge of his country and Alexandra's admiration for it. From ancient monastery to roadside bistro to Bobby's aunt's house and onward, their camaraderie is quiet and genuine.

New Blood for Dracula Fans in 'The Historian'

What doesn't work, and it pains me to say this as so much of the book is good, is the backstory of Alexandra's brother, Jack. Yes, it's good to know that there's pain in her history, pain that drives her to seek a resting place for Lazarov's ashes, but it could have been dealt with in a single chapter. That's not because the writing is awkward in the backstory scenes, but because the book's beating heart is in Bulgaria, and each time we stray back to Alexandra's family in the Blue Ridge Mountains, we lose that focus.

Fortunately, there are compensations. In the second part of the novel, several chapters go back to Stoyan Lazarov and his enigmatic sister-in-law Irina Georgievna's life during World War II, and in these, Kostova captures not just the rhythms of Bulgaria's everyday past, but its proud and uneven political history, too. Not only do these scenes provide that grounding I mentioned earlier — they allow Kostova to show us her deep love for her adopted homeland. Her wonder at its survival and abiding mysteries is summed up in what Bobby says to Alexandra, about midway through their odyssey: "My country has come a long way in a short time, in spite of everything. I think we have something special to give the world — culture, and lessons from history. And beauty. It would be tragic for us to go backward. We have already suffered too much."

When Kostova focuses on that beauty, through characters' reminiscences, folktales, poetry, and news, her book transcends its covers and offers readers a glimpse of her own heart.