Editor's note: For the best experience, view this 360˚ video in the YouTube app on your smartphone, using a VR viewer such as Google Cardboard.

Six years ago, Morning Teleportation released its debut record, Expanding Anyway. It was a raw and tantalizing piece of work, but as each year passed, it increasingly seemed that the Kentucky natives might never build on that promising start.

It turns out that the band was just taking its time.

Morning Teleportation's new record, Salivating For Symbiosis, was recorded at Modest Mouse frontman Isaac Brock's Ice Cream Party studio in Portland, Ore., and the new songs reveal a more patient and mature group of musicians. Whereas the band's debut record was an insular and unrestrained affair recorded in only 14 days, Salivating For Symbiosis took over a year to complete and includes collaborations with musicians from Death Cab For Cutie, Mimicking Birds, and fellow Bowling Green, Ky., natives Cage The Elephant. 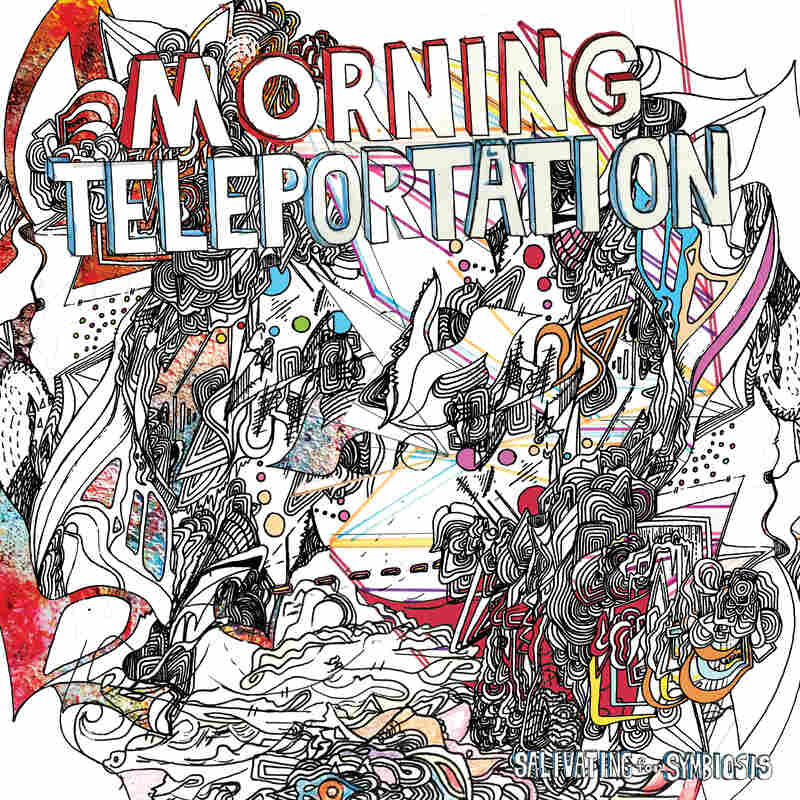 The track "Re-wiring Easily" perfectly demonstrates Morning Teleportation's new approach, marrying collaboration and meticulous planning with spontaneity. The folk song was recorded as a demo on a Tascam four-track recorder. After failing to replicate the vitality of that original take in the studio, the band embraced the imperfections of the demo and used it as the base of the final album version. "Aaron Hanson [of Mimicking Birds] came through the studio one night to pick up some drums or something and he ended up laying drums down on the Tascam," recalls lead singer Tiger Merritt. "[Producer Jeremy Sherrer] bounced those in and we went from there." The result is a twinkly, banjo-driven singalong with beautifully tarnished edges that could never have been conceived without the group's persistence and poise.

For the "Re-wiring Easily" video, Morning Teleportation enlisted the help of Los Angeles-based directing duo WATTS, who worked on the band's visually stunning 2011 stop-motion animation video for "Expanding Anyway." Filmed this past winter at Lake Arrowhead, Calif., the new video is a dreamlike, interactive 360˚ experience that allows you to take a bicycle ride and float through water.

Salivating For Symbiosis comes out April 28 via Glacial Pace Recordings.