Accessibility links
Trump To Sign Executive Order Supporting Domestic Goods And Workers During a visit to the Snap-on tool company Tuesday, President Trump will sign an executive order designed to reinforce government purchasing policies and discourage the heavy use of guest workers. 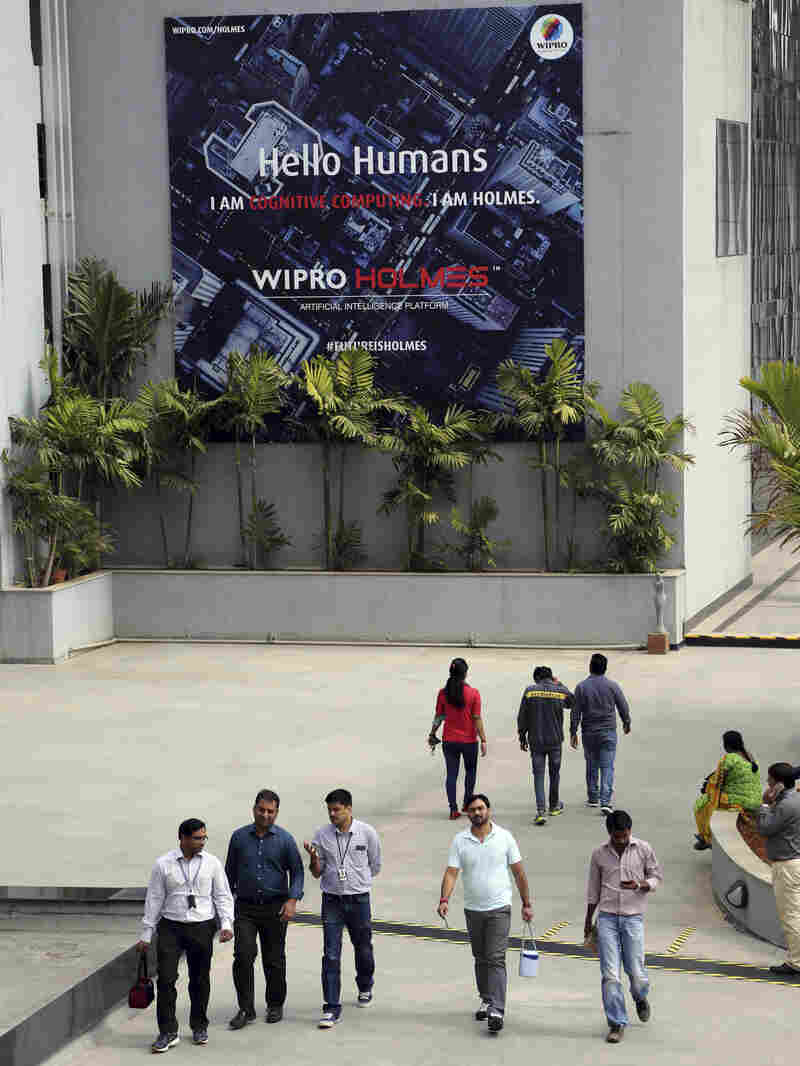 Wipro Ltd. employees walk inside the company's compound in January during a break at their headquarters in Bangalore, India. Top Indian IT companies are in the crosshairs of proposed changes to U.S. H-1B visas, including an executive order President Trump is expected to sign Tuesday. Aijaz Rahi/AP hide caption 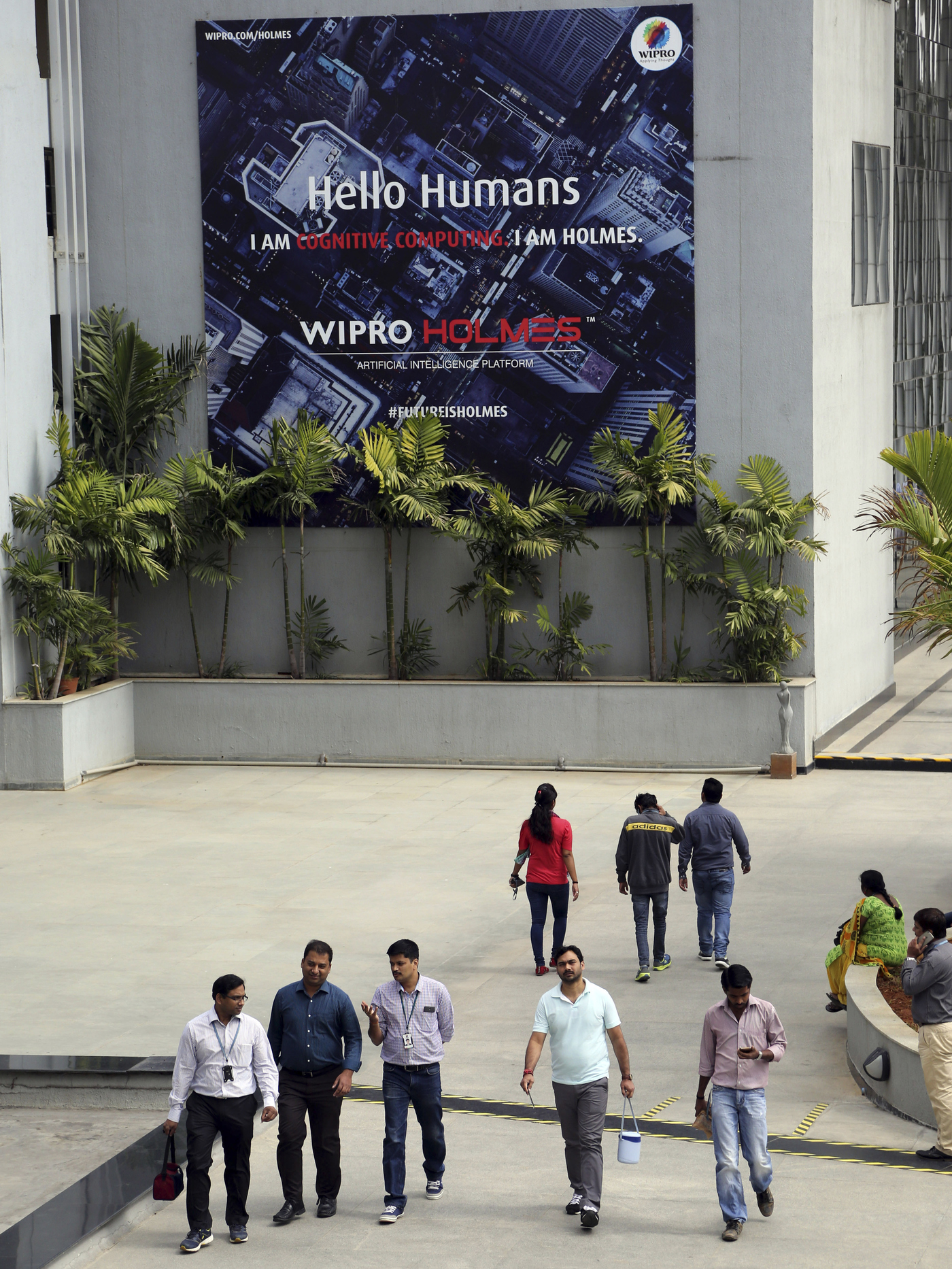 Wipro Ltd. employees walk inside the company's compound in January during a break at their headquarters in Bangalore, India. Top Indian IT companies are in the crosshairs of proposed changes to U.S. H-1B visas, including an executive order President Trump is expected to sign Tuesday.

President Trump is trying to put more muscle into his campaign slogan of "Buy American and Hire American" and is preparing to sign an executive order Tuesday aimed at strengthening existing government policies to support domestic products and workers.

Trump is expected to sign the order during a visit to the Snap-on tool company in Kenosha, Wis.

"The capability of the American middle class to make things and keep them running has been at the base of our nation's strength since its founding," Snap-on CEO Nicholas T. Pinchuk said in a statement. "We believe the President's visit emphasizes the need to nurture such manufacturing strength."

The "Buy American" portion of the executive order calls for stricter enforcement of laws requiring the federal government to buy American-made products when possible. Administration officials complain that those laws have been watered down over the years and often are sidestepped with government waivers.

The "Hire American" part of the order aims to crack down on what the administration calls "abuses" of government guest-worker programs. The biggest target is the H-1B visa program, which is designed to help technology firms fill jobs requiring special skills but which critics say often is used to replace American workers with lower-paid foreign competitors.

"The H-1B visa program is commonly discussed as being for when employers have a labor shortage," said Daniel Costa, director of immigration law and policy research at the Economic Policy Institute. "The reality of it is that employers are not required to recruit and try to hire U.S. workers before they hire an H-1B worker."

The government issues 85,000 H-1B visas annually. In recent years, many of those visas have been snapped up by outsourcing firms that offer low-cost IT support to American corporations.

"A very big share of the visas are actually going to IT outsourcing companies," Costa said. "We do know that many of the companies that have this business model are the ones that are paying the lowest wages to H-1Bs."

The executive order calls on the departments of Commerce, Labor, Homeland Security and State to more strictly police the visa program. It also proposes changes, such as awarding H-1B visas to guest workers with the best skills and highest potential wages, rather than through a random lottery as is done now.

"The latest data that I've seen showed that 80 percent of the H-1Bs who were coming in came in below the local average wage," Costa said.

Some of the changes the White House wants would require cooperation from lawmakers.

"There's some things that the Trump administration could do at the margins that might help clean up some of the worst abuses in the program," Costa said, but "legislation is going to be required to really fix the program."

Although H-1Bs are the main focus of the order, other guest worker programs could also come under scrutiny.

The president himself has relied on guest workers with a different kind of visa — H-2B — to help staff his Mar-a-Lago resort, according to the Palm Beach Post. During the campaign Trump defended his use of foreign workers, saying it's difficult to find Americans willing to accept seasonal employment.