Accessibility links
Is This Going To Make Me A Different Person? Gender Transition Questions Answered Tor Des Roches is medically transitioning from female to male. Julian Harris already has and remembers how "one day you're getting sir'd and he'd, and the next day you're getting she'd and her'd."

Listen · 8:16 8:16
Is This Going To Make Me A Different Person? Gender Transition Questions Answered 8:16 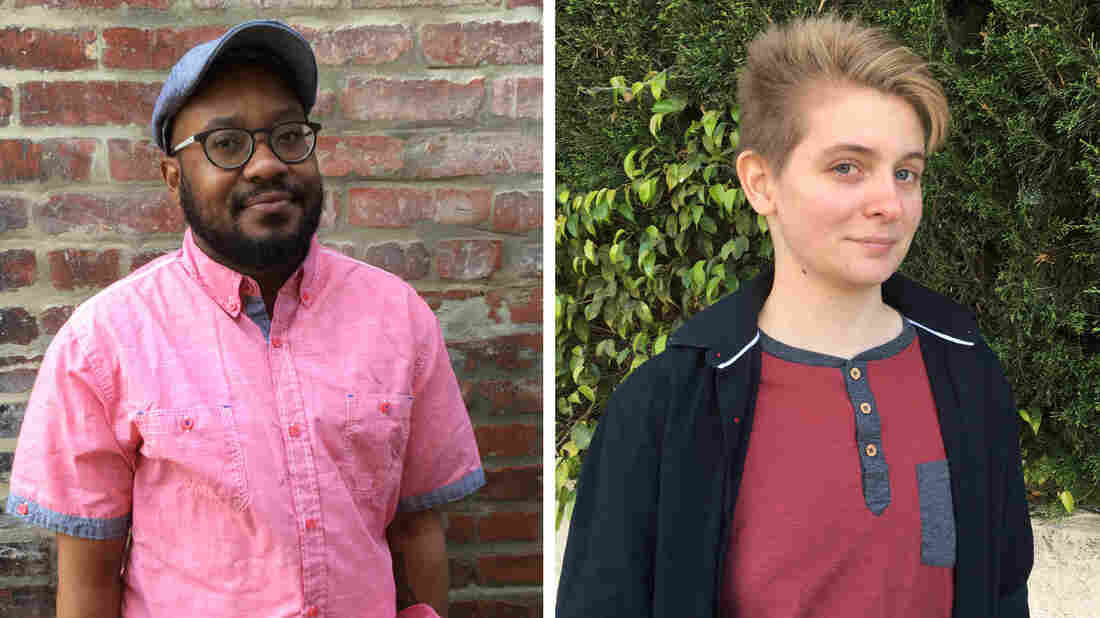 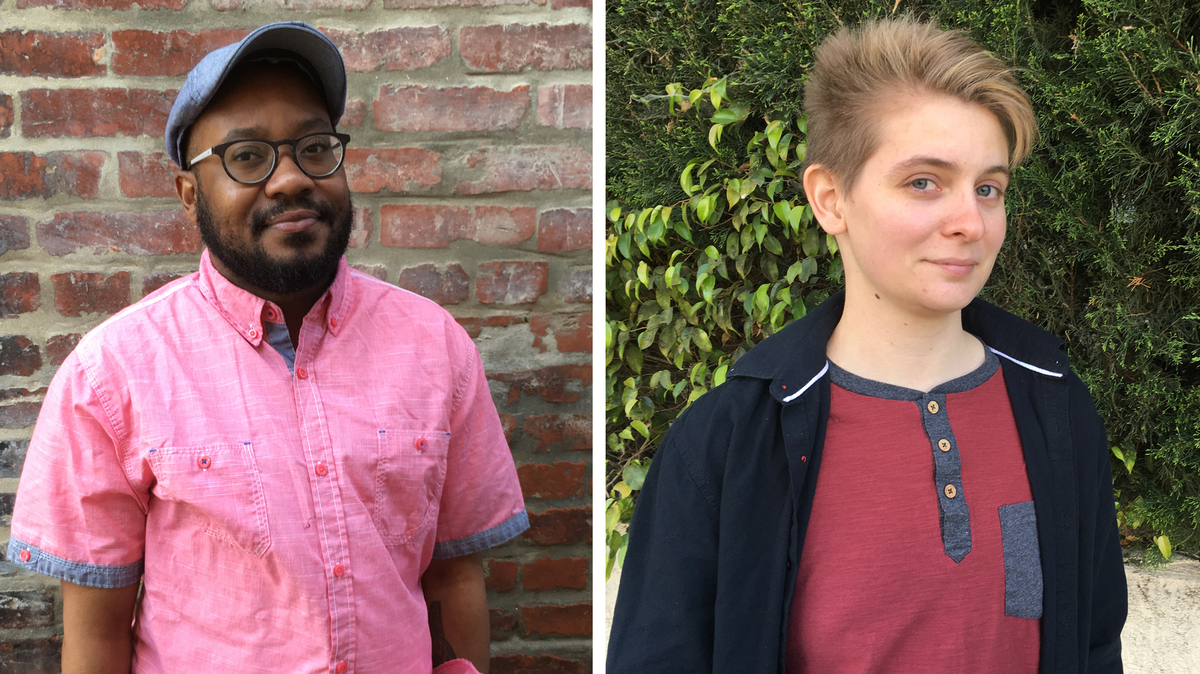 Julian Harris (left) tells Tor Des Roches what he can expect as he begins medically transitioning from female to male.

When you're facing a major life change, it helps to talk to someone who's already been through it. All Things Considered is connecting people on either side of a shared experience, and they're letting us eavesdrop on their conversations in our series Been There.

Tor Des Roches is right in the middle of a long, life-changing process. It started years ago, when, as a teenager, he started to have the feeling that he didn't identify as female — his sex at birth.

The feeling didn't go away, and Tor struggled to accept it. He suffered from an eating disorder, partly, he says, because he didn't want to have a woman's figure.

Eventually, he did come to terms with his gender identity. He came out as trans to close friends and family, wore men's clothes and started going by Tor instead of the name he was given at birth.

But the person Tor saw in the mirror didn't match the person he felt like. And he decided that this year, at age 24, he would have sex reassignment surgery and start taking testosterone. It's a big step, and he was nervous, he says. "Is this gonna make me a different person? Or is my attitude gonna change?"

Tor talked about some of those concerns with Julian Harris. His transition from female to male began eight years ago. Julian says he remembers being frustrated that the changes didn't take effect immediately. "One day you're getting sir'd and he'd, and the next day you're getting she'd and her'd," he says.

I stopped trying to overcompensate. And what I mean by that is, before I started my physical transition, I went overboard with my mannerisms. I had to be this kind of ultra-masculine-presenting person: the way I walked, trying not to gesture too much. And once those changes took hold and I was being seen by the world as who I really was, I didn't have to do that anymore.

Be mindful of those triggers that can get you in that place of despair or suffering, because the things that you might have some insecurities about now may still be there. And so, you know, [be] able to take care of yourself, to make sure that you'll be OK regardless.

On discrimination he's faced since transitioning

People see me as a threat, you know, as a black man. I think I'm very non-threatening. I'm always smiling. I wear glasses. But sometimes I'll walk down the street and people will cross, or people will clutch their bags a little tighter, or pull their kids to them. It's funny, I can be on a packed bus sometimes, and no one will sit next to me.

You know, there's this male privilege, though, that's been bestowed upon me. So, if I go to the sports bar and I have my little sports analysis, people listen to me. You know, before they didn't. You know, safety — I feel if I'm walking home late at night, I'm not concerned about a sexual assault.

So you get a little, and then you lose a little.