Accessibility links
Researchers Examine The Psychology Of Protest Movements Social science researchers examine whether extreme protest tactics are an effective way for recruiting popular support. The public may not be relating to protesters like the way protesters aimed for.

Social science researchers examine whether extreme protest tactics are an effective way for recruiting popular support. The public may not be relating to protesters like the way protesters aimed for. 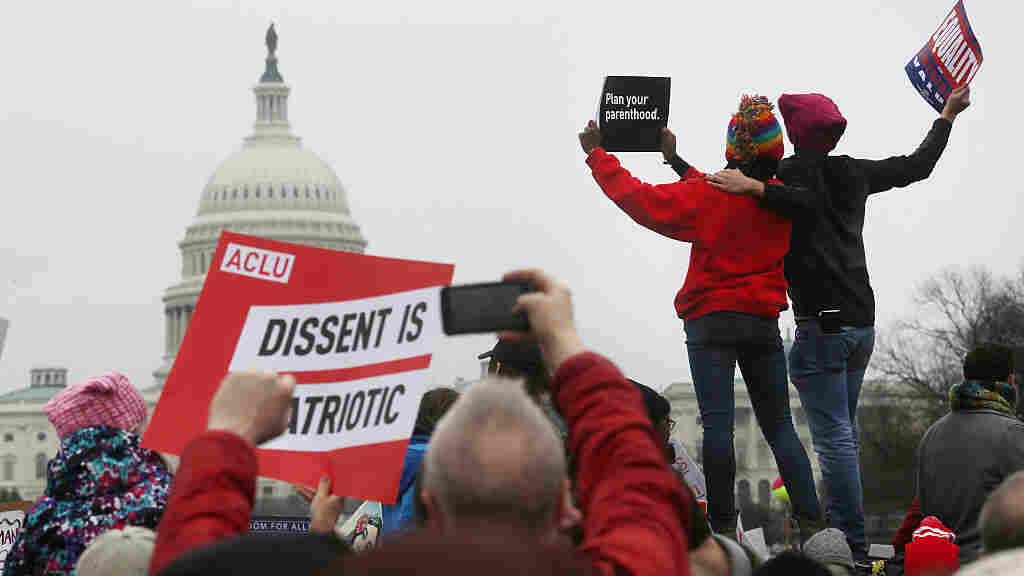 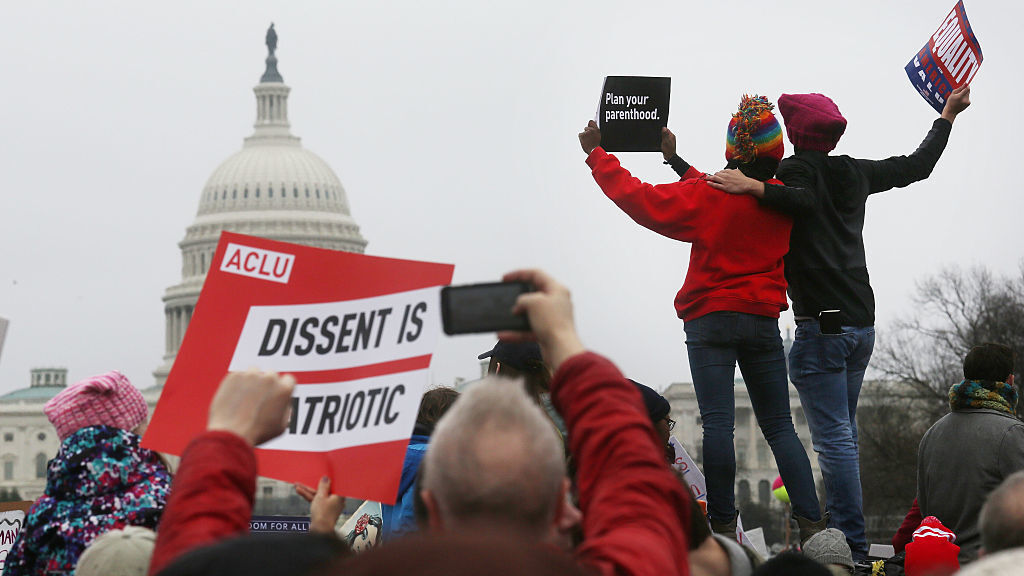 Protesters attend the Women's March on Washington a day after U.S. President Donald Trump was sworn in as the 45th U.S. president.

And so if you are taking part in a protest, is your message getting out? Are you having an impact? It turns out what you think is happening might not be reality. And let's talk about that with NPR's social science correspondent, Shankar Vedantam, who's back in our studios. Hey, Shankar.

GREENE: So what are these researchers actually testing here?

VEDANTAM: Well, the researchers wanted to study what happens when people protest. We all have intuitions about the effectiveness of protests, and protesters certainly have those intuitions as well. This was an attempt to actually measure whether those intuitions were accurate. I was speaking with Robb Willer. He's a sociologist and psychologist at Stanford University. Along with his colleagues, Matthew Feinberg and Chloe Kovacheff, Willer found that many protesters tend to equate being effective with getting a lot of attention from the public and the media.

So they wanted to test if this was true. They presented volunteers with different kinds of protests. Some were at a Donald Trump presidential campaign rally. Some of the protests involved people just simply holding up signs and chanting slogans. But others involved what Willer calls extreme tactics. Protesters used violence. They blocked people from assembly. They blocked traffic. Willer measured the effects of the different protest tactics on the volunteers.

ROBB WILLER: What we found was that the extreme protest tactic led people to report increased support for Trump. So this would be consistent with the idea that exposure to an extreme protest event risks creating a public opinion backlash where people actually turn away from your cause even if they might have supported it otherwise.

GREENE: Extreme anti-Trump protests where they were, you know, like, breaking things actually caused volunteers who were watching this to support Donald Trump. So the protesters were not getting done what they wanted to.

VEDANTAM: Exactly. And now, certainly the people who felt this way included Trump supporters. But what was interesting is they also included people who were Trump opponents and people who were neutral. Compared to milder protest tactics, volunteers of all political stripes became more inclined to support Trump when they saw the protesters use extreme tactics. Willer thinks this is because when people see a protest, they ask themselves whether they can see themselves identifying with the protesters. He explains what happens inside the minds of the audience.

WILLER: I might have agreed with their cause, but the way they're doing it is not the way I would have done it. And so I think that's the risk with extreme protest tactics, is they lead people - observers, bystanders - to answer that question - am I like those people? Should I go join them? - in the negative where they might have said, yeah, I am like them. I'm going to join that movement.

GREENE: So, Shankar, it really is a matter of empathy. I mean, can I feel like I'm there with this group of people I'm watching, or is this not something I would ever do?

VEDANTAM: That's exactly right, David. It also suggests that in some ways protests and protesters have an inherent dilemma before them. Extreme tactics may not get you traction in convincing people to join your cause, but they do get you attention. They get you media attention. Milder tactics may do much more to get you traction, but they don't get you very much attention. So in other words, the psychology of how protests are perceived means that protest movements often have to choose between visibility and effectiveness. Now, there is a way you can get both visibility and effectiveness. You know, protests like the recent women's march were extremely peaceful and also very visible. But then it also happened to be one of the largest protest gatherings in the history of the country.

GREENE: I see, Shankar. So you're saying this is a rare case where you can be peaceful, you can be effective in getting the message out and get attention because of the sheer size of the number of people who are there.

VEDANTAM: Exactly. And of course, it's not easy to turn out hundreds of thousands of people for your protest.

GREENE: OK. Shankar, thanks as always.

GREENE: That is Shankar Vedantam. He joins us regularly, fortunately for us, to talk about social science on our program. He explores ideas about human behavior on his podcast. It's Hidden Brain.