Accessibility links
Album Premiere: Stream Colin Stetson's, 'All This I Do For Glory' Stetson's ability on the saxophone borders on the supernatural. Hear his forthcoming album before its release on April 28.

Review: Colin Stetson, 'All This I Do For Glory'

Review: Colin Stetson, 'All This I Do For Glory'

Stream The Saxophonist's Forthcoming Album Before Its Release 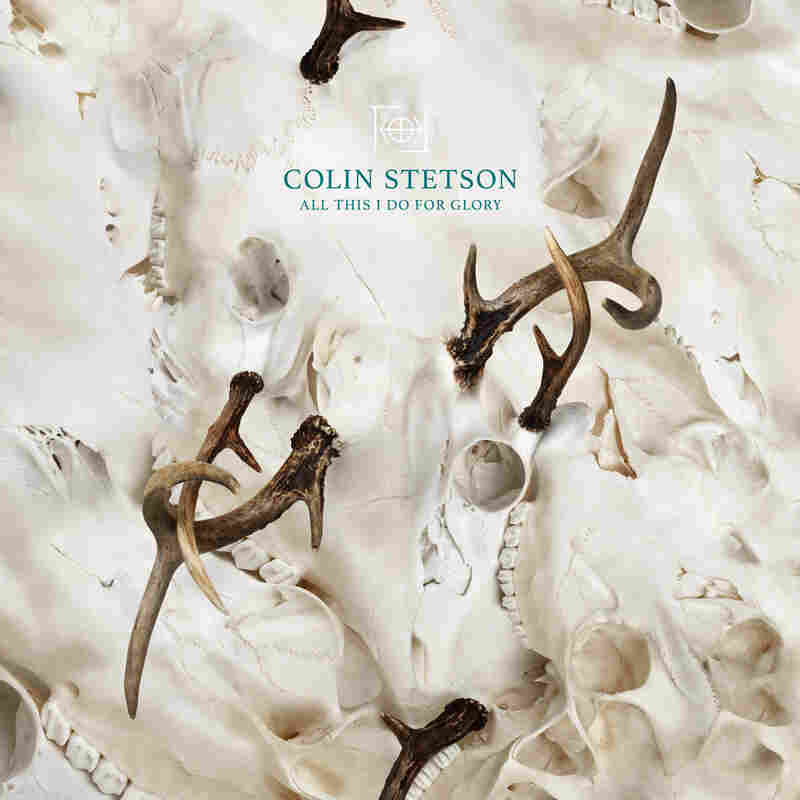 Colin Stetson: All This I Do For Glory Courtesy of the artist hide caption

When it comes to Colin Stetson's music, joy is found in the improbable and seemingly impossible places. It's often been said that Stetson's signature sound — hallucinogenic rhythmic swells using just a saxophone, a pair of lungs and some well-placed microphones — is almost supernatural. It's made even more incredible by the fact that Stetson prefers single takes, with no looping or overdubbing. As he told Stereogum: "The addition of unnaturals is what I avoid."

Stetson's kept busy since his last solo release, 2013's New History Warfare, Vol. 3: To See More Light. Two years later, he released a stunning album with violinist Sarah Neufeld, Never Were the Way She Was, and he's been performing lately with his new metal group, Ex Eye (along with Greg Fox, Shahzad Ismaily and Toby Summerfield), which has an album coming later this year. But on All This I Do For Glory (out April 28), Stetson manages to sound bigger than ever, even while stripping back the more maximalist qualities of his previous releases, including the vocals. The restraint pays off, resulting in mesmerizing meditations such as "Like Wolves In The Fold." But if you catch your head bobbing (especially to the endlessly groovy title track), that's intentional. Electronic heavyweights such as Aphex Twin and Autechre were spiritual guardians for Stetson on Glory, and their forays into percussive experimentation are especially evident on the steady gallop of "The Lure of the Mine."

The Montréal-based musician demystified his process in two videos leading up to Glory. The fluttering "Spindrift" and "In the Clinches" are shot point-of-view, showing the saxophone's interior and exactly how his fingers dance across it. What makes Stetson extraordinary isn't just the circular breathing techniques he uses in "In the Clinches" (which sounds like the fear that accompanies the feeling of fight-or-flight). It's also his keen ear for extracting sound from spaces where one is usually told not to listen.

Stetson frequently leaves what might considered to be imperfections, such as the elongated gulps of air he takes in between mighty verses, in his recordings. This time around, he's experimenting more with a technique called venting, which he learned from Enya. (Yes, Enya.) As Stetson recently told The Quietus, Enya's album Shepherd Moons "made me think about how the air is manipulated in my own music." Specifically, he "started to pinpoint the breath sounds coming in and out of my nose by having microphones inches away from my face on either side just to pick that up. That allows me to purposefully do something that sax and clarinet players are taught not to do in school: venting. It's when you open the sides of your mouth very slightly and let the air pass outside to create a sound of airiness."

The discovery serves Stetson well on All This I Do For Glory, an album that bellows loudly and clearly that working within the limitations of what is physically possible for humans is hardly confining. With each new album, Stetson keeps rediscovering that the most remarkable innovations are found within the self.