Accessibility links
A Gleefully Grisly 85-Minute Gunfight: 'Free Fire' This "agreeably amoral comic thriller" about a weapons deal gone wrong might be, according to critic Chris Klimek, "the most realistic movie gun battle ever." 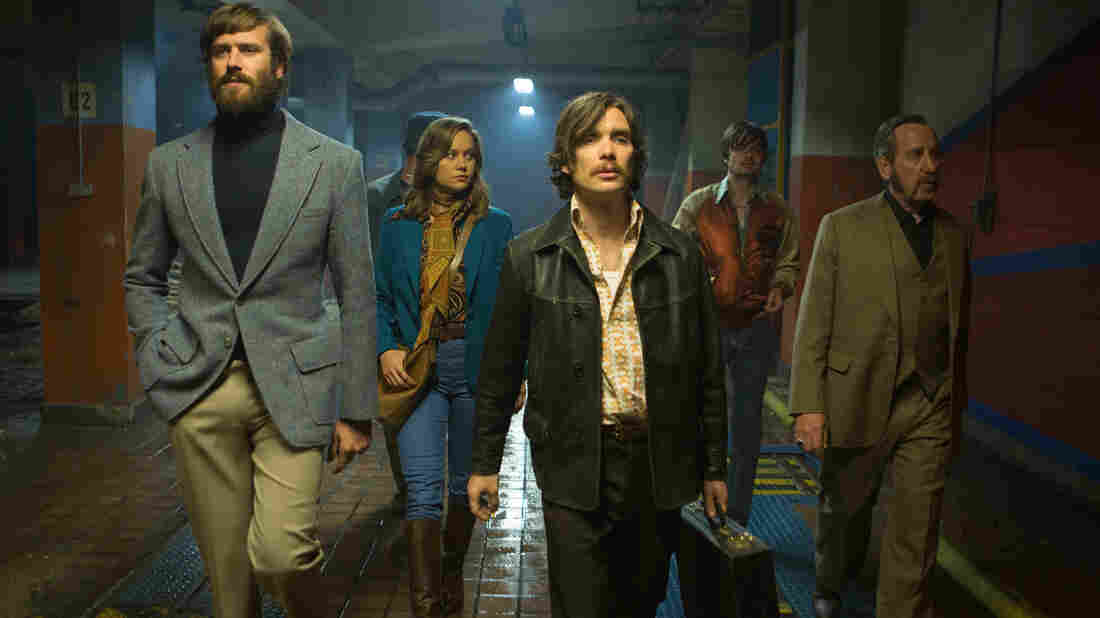 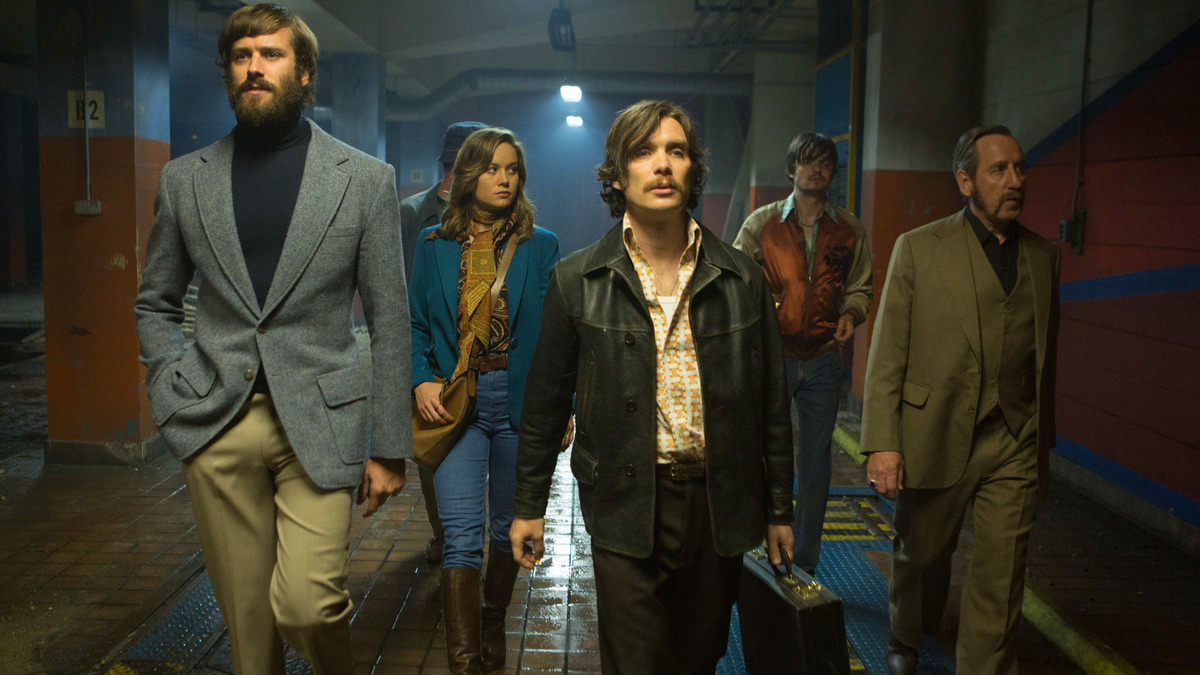 The cinema began as a medium of pure titillation, so it's unlikely Ben Wheatley's agreeably amoral comic thriller Free Fire is the movies' first-ever feature-length gunfight. I sure can't think of another one, though. An account of a weapons deal up north that quickly goes south, the movie's taut 85 minutes unfold in something close to real time in a dingy Boston warehouse, where armed-and-untrustworthy factions attempt to outshoot or outlast one another. Although set in the early 70s, it feels like a product of the mid-90s, when the one-two of Reservoir Dogs and Pulp Fiction begat a wave of violent, formally ambitious indie comedies about loquacious killers and thieves.

Weirdly, it is also the second Nixon-era movie currently in theatres to feature Brie Larson and to use Creedence Clearwater Revival's "Run Through the Jungle" on the soundtrack. The other one is Kong: Skull Island, a movie (1) set in a jungle that (2) features a lot more running than Free Fire does. Free Fire is all crawling and cowering and cursing, and nursing open wounds and occasionally shooting. Or trying to, but all the smoke is making your eyes water and your nose run, and you just cut your hand open on a shard of glass. It might be the most realistic movie gun battle ever.

The gun buyer, Cillian Murphy, is affiliated with the Irish Republican Army, and the gun seller, Sharlto Copley, hails from South Africa at the midpoint of apartheid. ("Africa's not for sissies!" he declaims.) But there's no real reason for Wheatley, who wrote the barbed screenplay with his frequent collaborator (and spouse) Amy Jump, to have gone to the trouble of setting this thing 45 years in the past. Unless the reason is simply that its appealing company of not-quite-stars — Larson, Murphy, Armie Hammer, Sam Riley — all look sharp in polyester. Shaggy mustaches for the menfolk, a flowing scarf for Larson, high caliber lapels all around. Like chambers in the cylinder of a revolver, every era of fashion and of filmmaking periodically returns to flower again.

Firearms, of course, have been fetishized in movies like no other manmade object. (See also John Wick, an art film about shooting people in the face.) But like its Tarantinian forebears, the grisly, R-rated Free Fire remembers what so many bloodless PG-13 action films do not: That long guns and pistols and shotguns are savage tools, meant to spare us the ancient labor of strangling or biting one another to death. (People resort to strangling and biting in this movie, as bullets and inhibitions are exhausted.) If not properly maintained, they are also just as prone to failure as the people wielding them. Wheatley, who previously made the set-all-in-one-building sci-fi satire High Rise, presents guns as projections of unearned power, wielded inexpertly, by buffoons. Guns are both the MacGuffin and the mode, here. If the deal depicted had gone smoothly, and Murphy's character had been able to take his shipment of assault rifles back to Belfast, would the campaign these weapons serve have been any less chaotic and futile than the exchange of hostilities satirized here? It's an awfully oblique way to deliver an anti-gun homily, but a smart one.

Sound design is key to the mordant humor of this film. When characters shout negotiations or insults at one another, the simple fact that they sound like they're crouched behind some object some distance away makes these exchanges funnier. The whole thing is awfully nihilistic, but that's film noir for you.