Accessibility links
Massive Iceberg Makes A Stop Off Newfoundland Coast A huge iceberg has run aground just off the coast of Newfoundland in Canada. For now, it's made a home in what is known as "iceberg alley," and in photos, appears to dwarf the houses in town. 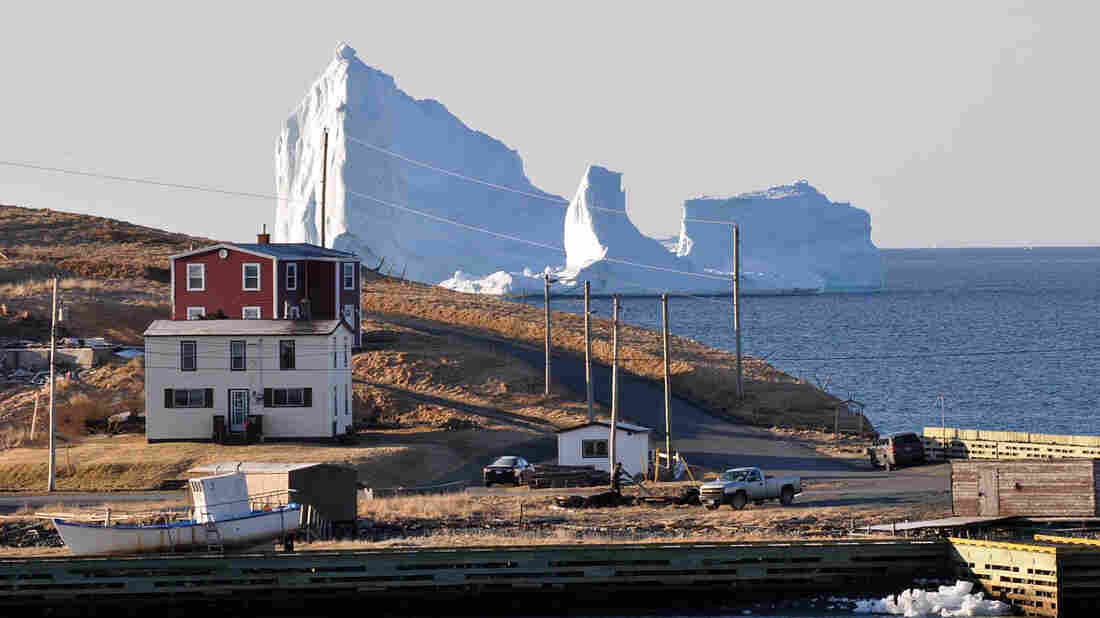 An iceberg looms large off the coast of Newfoundland on Sunday. Charlie Dunne hide caption 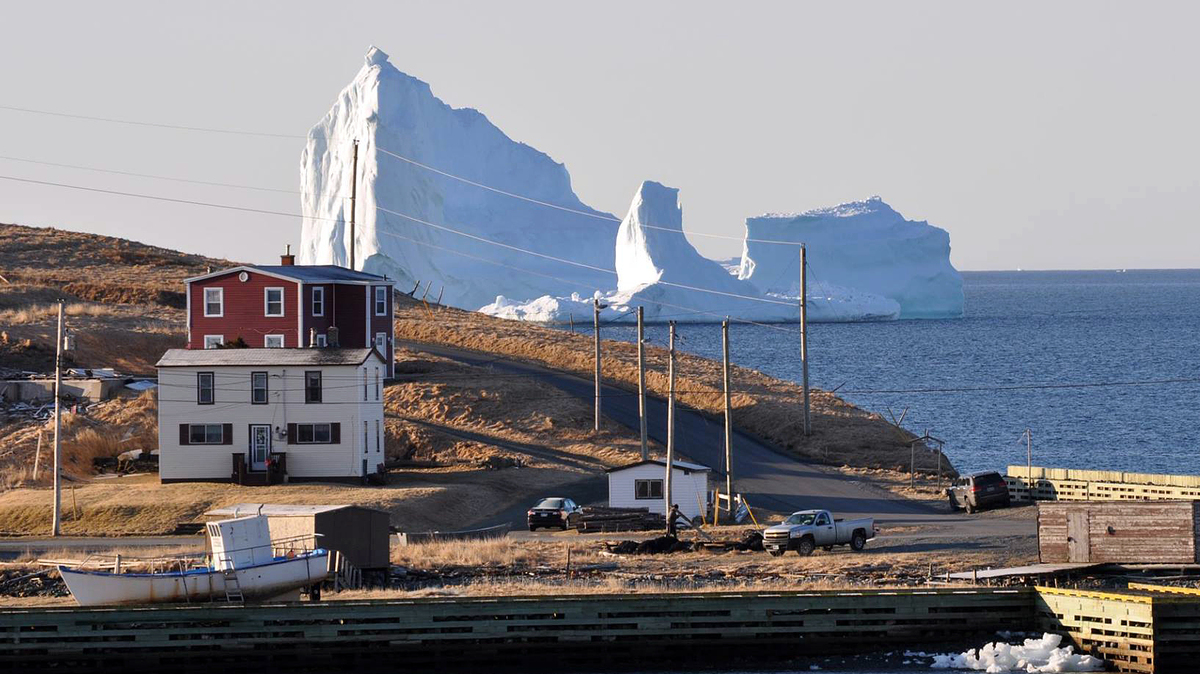 An iceberg looms large off the coast of Newfoundland on Sunday.

Residents of the Canadian town of Ferryland, a small fishing village in Newfoundland, recently welcomed a new visitor: a huge iceberg that ran aground just offshore.

Watching icebergs is a Newfoundland tradition, and Ferryland bed-and-breakfast owner Maxine Dunne can see this iceberg outside her window. She tells NPR's David Greene that she and her husband, Charlie, have seen some pretty large icebergs over the years because they live along what is known as "iceberg alley," for the frequency with which icebergs float by after breaking off of glaciers on Greenland or in the Canadian Arctic Archipelago.

"But this is I would say certainly the highest iceberg that we've ever seen," she says. It's considered a "large" iceberg, which range between 150 feet and 246 feet above water, according to Scott Weese, a senior ice forecaster with the Meteorological Service of Canada.

An Ice Shelf Is Cracking In Antarctica, But Not For The Reason You Think

Charlie, a crab fisherman, estimates it's about a half-mile from their house. In photos, the iceberg dwarfs the houses in town — and that's just what's visible. (Weese says it's hard to say just how big this iceberg is under the water because of its irregular shape.)

Icebergs can pose a problem for the shipping industry — and for crab fisherman like Charlie, who usually goes about 25 miles offshore.

"They have to post lookouts and they have to exhibit a lot of caution when you have a number of icebergs in the area," Maxine says. Boats don't want to get too close, she says. "There's always the risk it could roll and that's dangerous or little pieces could break off," she says.

Weese says so far this season, which runs from October to September, there have been about 600 icebergs in the North Atlantic corridor off the Newfoundland coast. Last year there were 687 for the entire season; the year before, there were 1,165. He says it's not clear whether this season is unusual, but in late March, strong winds pushed icebergs south.

Winds could give this ice chunk a nudge and send it on its way, or it could extend its Easter visit through Mother's Day.

Here, an aerial video of the iceberg that may make your knees weak.