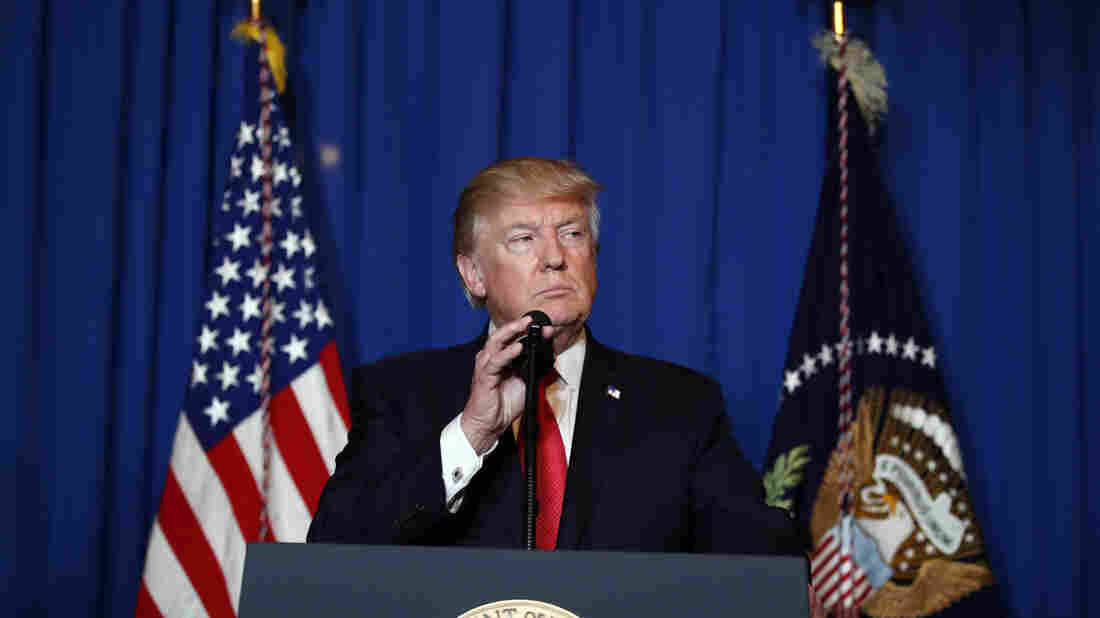 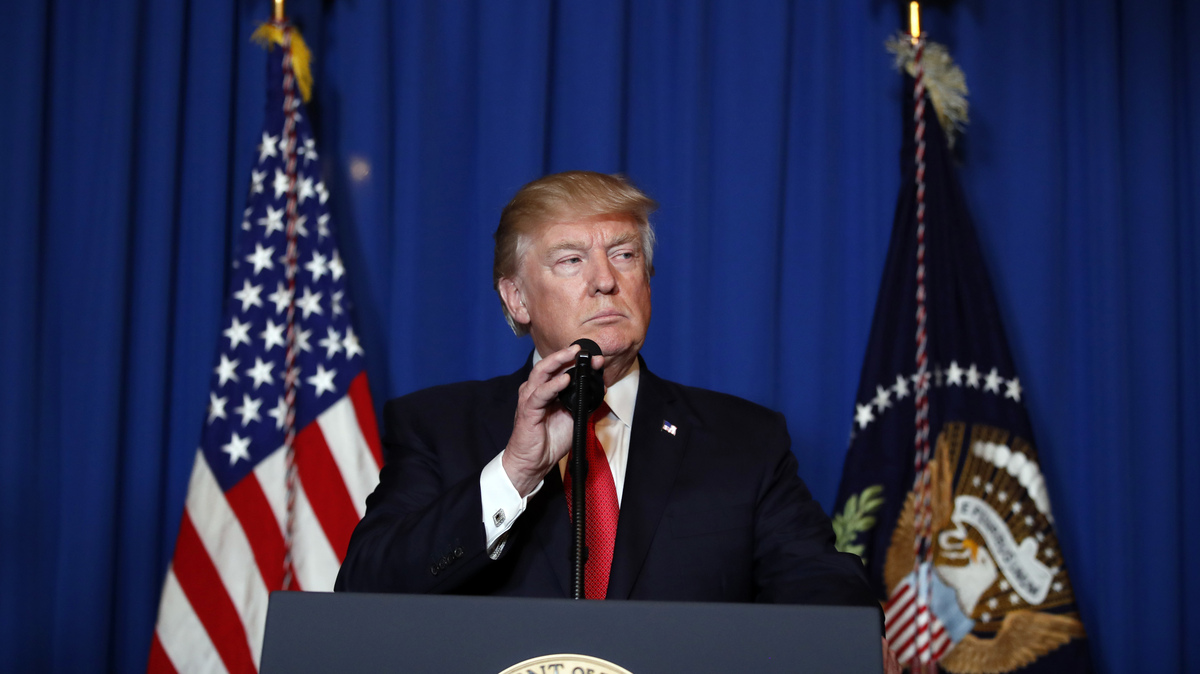 As the first American president to be elected with no prior political or military experience, Donald Trump has had to adapt quickly to the responsibilities of public office.

"The magnitude of the job is sinking in for him," White House correspondent Maggie Haberman says. "The degree to which whatever he does is going to impact millions of people — and the responsibility of that — is slowly settling in."

Haberman has been covering Trump since the early 2000s, when she worked for The New York Post and The New York Daily News. In 2015, she joined The New York Times, where she covered the Trump campaign before moving on to the White House.

A Fortnight To Remember: The Trump Presidency Bursts Into Being

Haberman describes the president as a homebody who hates interpersonal conflict. Looking ahead, she predicts that the reported feud between Trump son-in-law Jared Kushner and strategist Steve Bannon will not result in Bannon's dismissal anytime soon. "The 'you're fired' guy actually ... really doesn't like firing people and, generally speaking, will try to leave it to other people," Haberman says.

We have not seen this leaky a White House in my memory, in forever, just in terms of the back and forth. And he surrounds himself, and always has, with people who are very focused and interested on the personnel issues. ...

His chief of staff, Reince Priebus ... is in a very unusual role, in terms of what we have seen of a White House chief of staff in the past. We're used to a White House chief of staff playing something of a traditional gatekeeper role.  Trump doesn't like gatekeepers. Trump's office style is much more Grand Central Station than therapist's couch, like the door is always open; people come in and out. When my colleague Glenn Thrush and I did an Oval Office interview about two weeks ago, people were just constantly moving in and out. It was really a cast of thousands, it felt like.

On why she thinks Trump hasn't yet made any trips abroad

He is uncomfortable sleeping outside of his own bed, which I know sounds strange to say about a 70-year-old leader of the free world, but you're talking about somebody who during the campaign, most nights — not every night and there were times when it was not feasible — but he would fly home from pretty far distances. ... He would fly home to sleep in his own bed. He is a homebody, and he's incredibly provincial and he is approaching the job in that way.

I do think that his preference is never going to be being far from home. The thing that I keep hearing about this president over and over from people close to him is he's very lonely. He is unused to living alone. He has always had someone living with him. He is on his third marriage. He has a young son. He spent, as I said, almost every night in his own bed; it wasn't just about his own bed — it was about the familiarity of his family.

Trump was in frequent contact with Page Six, the gossip page at The New York Post, which I think played a pretty big part in introducing him to the city and then the country at large. He was very used to a type of story approach on Page Six where he maintained good relationships with them, and he recognized that he was sort of a commodity in terms of gossip gold.

But in terms of stories that were about him, it was ... things like ... him holding a press conference to say that he wanted to rebuild the twin towers. It was usually in the realm of stunt, because that's really what he was doing. In the 2000s ... that was really when he moved out of being a real estate developer and into the celebrity realm, so it was a different kind of Donald Trump, but he was omnipresent.

On how Trump's way of talking has changed over the years

His vocabulary was more specific. When he was in an area that he actually knew and understood and had some sort of emotional and intellectual connection to, he was more at ease, and it was reflected in how he would talk. Even now, frankly, when you get him talking about business or you get him talking about real estate, he speaks with much more fluidity than on almost anything else that he's involved with as president.

It's funny — there's a video of him that's been kicking around the Internet for a year now, and it's a video of him in the '90s, I think it was '95, doing a review of Citizen Kane — and he's a big movies guy, Trump. He loves Sunset Boulevard -- and one of the reasons he loves Mar-a-Lago is it sort of reminds him of that kind of a movie set and there's a grandeur to it — but he gave this very, very long exposition on his views of Citizen Kane and what "Rosebud" meant and he sounds very different. He sounds much more at ease with the subject matter; the timbre of his voice is different.

On reporting on Trump at his Florida resort, Mar-a-Lago

He loves Mar-a-Lago. ... There is this social greeter aspect of him at Mar-a-Lago that I had never seen before until I was there, and he loves it. It's like watching a kid host a party, and he goes from table to table, and he talks to people and he asks if they're having a good time and "What are you eating?" and he knows details about their lives.

There's a huge patio, and he sits in a corner of the patio — it's a table for about 10 — usually his wife, Melania, is there. And then he sort of roams around the patio, and people are spread out and they're watching him eat. And there's a bar area a little closer to the inside of the building that people hang out at before dinner is served and then eventually you gravitate out.

For him there is a socializing contact element that I think he just loves. But I think ... you can't hold national security meetings on the patio of what is essentially a restaurant, and he is adjusting to why that is different and he doesn't love these adjustments.