Accessibility links
Bernie Sanders Defends Campaigning With Nebraska Anti-Abortion Rights Democrat Heath Mello Sanders endorses Heath Mello for mayor of Omaha, Neb., and tells NPR, "In some conservative states there will be candidates that are popular candidates who may not agree with me on every issue." 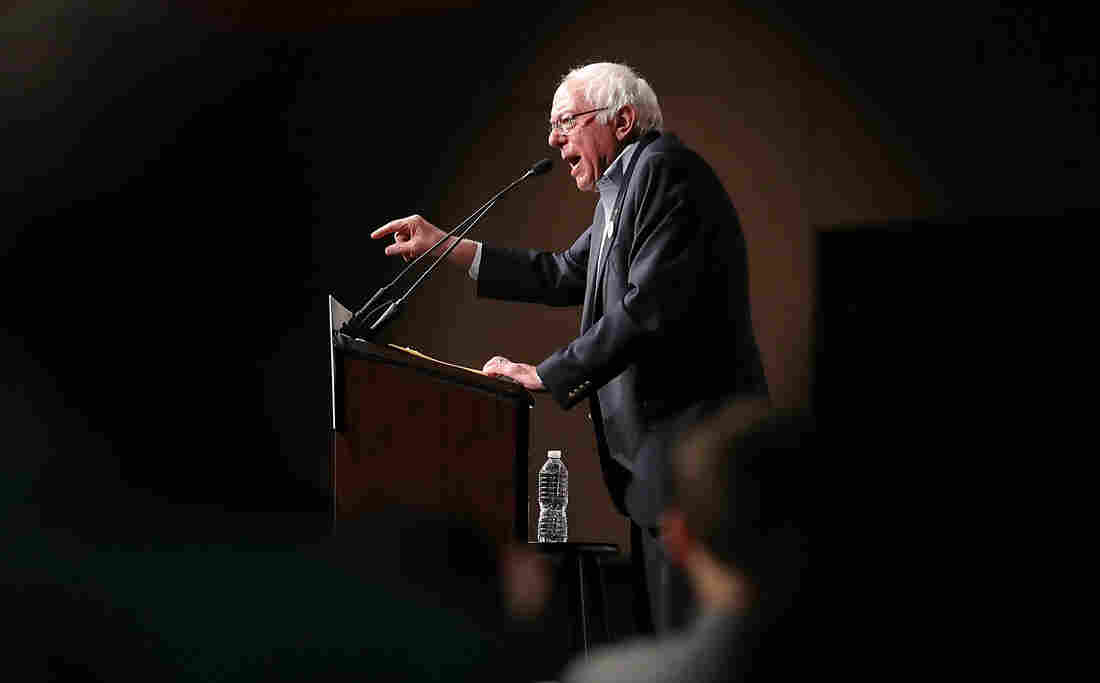 Sen. Bernie Sanders speaks during an event at the the James L. Knight Center on Thursday in Miami as part of a Democratic unity tour. Sanders is getting heat for campaigning with Omaha, Neb., mayoral candidate Heath Mello, who has supported abortion restrictions. Joe Raedle/Getty Images hide caption 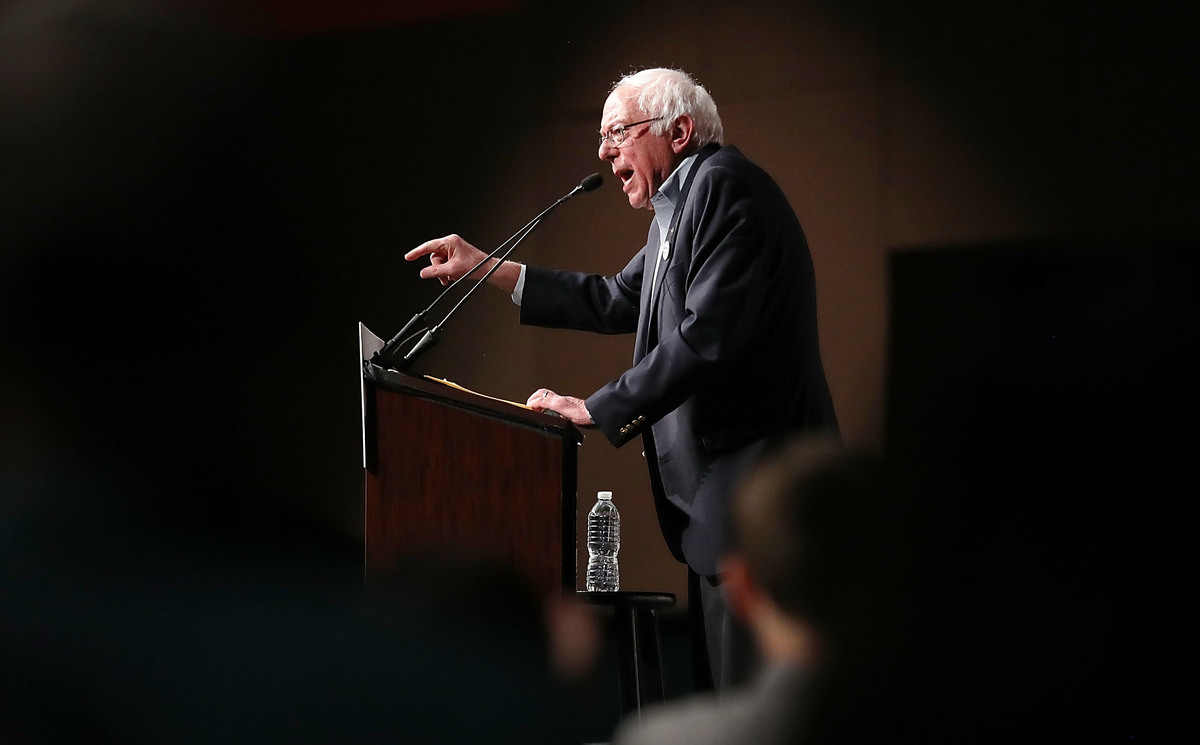 Sen. Bernie Sanders speaks during an event at the the James L. Knight Center on Thursday in Miami as part of a Democratic unity tour. Sanders is getting heat for campaigning with Omaha, Neb., mayoral candidate Heath Mello, who has supported abortion restrictions.

Sen. Bernie Sanders is campaigning for Omaha, Neb., mayoral candidate Heath Mello Thursday night, and he's not apologizing for it.

"Absolutely, and I want him to win," Sanders, I-Vt., told NPR Thursday, after a rally in Grand Prairie, Texas.

The Thursday event with Mello, a Nebraska state senator who's running as a Democrat in the mayoral race, is one of several rallies Sanders is holding across the country this week. It's part of a Democratic National Committee-organized unity tour with DNC Chair Tom Perez.

The Omaha event wasn't that notable – just one of several red state visits on the DNC itinerary — until Thursday morning. That's when Ilyse Hogue, the president of abortion rights advocate NARAL Pro-Choice America, issued a statement blasting Sanders and Perez for spending time and resources campaigning alongside a Democrat who opposes abortion rights.

"The actions today by the DNC to embrace and support a candidate for office who will strip women – one of the most critical constituencies for the party – of our basic rights and freedom is not only disappointing, it is politically stupid," Hogue said. "Today's action makes this so-called 'fight back tour' look more like a throw-back tour for women and our rights."

Mello has co-sponsored several bills in Nebraska's unicameral legislature that would restrict abortion rights, including a 2009 measure requiring doctors to inform women seeking abortions about the availability of an ultrasound.

Sanders pushed back against the criticism. "The truth is that in some conservative states there will be candidates that are popular candidates who may not agree with me on every issue. I understand it. That's what politics is about," Sanders told NPR.

"If we are going to protect a woman's right to choose, at the end of the day we're going to need Democratic control over the House and the Senate, and state governments all over this nation," he said. "And we have got to appreciate where people come from, and do our best to fight for the pro-choice agenda. But I think you just can't exclude people who disagree with us on one issue."

But that call for pragmatism doesn't mesh with the main message Sanders has been delivering this week: a call for a more aggressive and progressive Democratic party. In the same interview, he blamed Republican gains at the state and federal level on "the failure of the Democratic Party to have a progressive agenda, to bring people into this party, to mobilize people."

The DNC is doing its best to distance itself from the Mello endorsement. Party staffers were quick to tell reporters that it was Sanders', and not the DNC's, idea to hold a rally for Mello.

Perez issued a statement emphasizing the DNC's strong support for abortion rights, but staying away from the central question of whether or not Mello should be the beneficiary of a DNC rally. "The Democratic Party's platform states clearly our support for every woman's right to make their own choices about their reproductive health and to have access to safe abortion services," Perez said in the statement. "As DNC Chair, I stand by that position unequivocally, as I have my entire life."

Perez will not be at the Omaha rally, because he stepped away from the unity tour Thursday to attend fundraising events in Georgia, where Democrat Jon Ossoff is competing in a June 20 runoff to fill the suburban Atlanta House seat vacated by Health and Human Services Secretary Tom Price. He nearly won the seat outright this week.

Ossoff will face Karen Handel, a former Georgia secretary of state who also resigned from the Susan G. Komen Foundation amid a controversy over that group's decision to stop giving grants to Planned Parenthood, a decision that was later reversed.