Accessibility links
From D.C. Theater To '24': The Rise Of Actor Corey Hawkins Hawkins auditioned for his first acting gig at the Kennedy Center when he was 9 years old. Now he's the star of the action drama series 24: Legacy, and he's also appearing in a Broadway play. 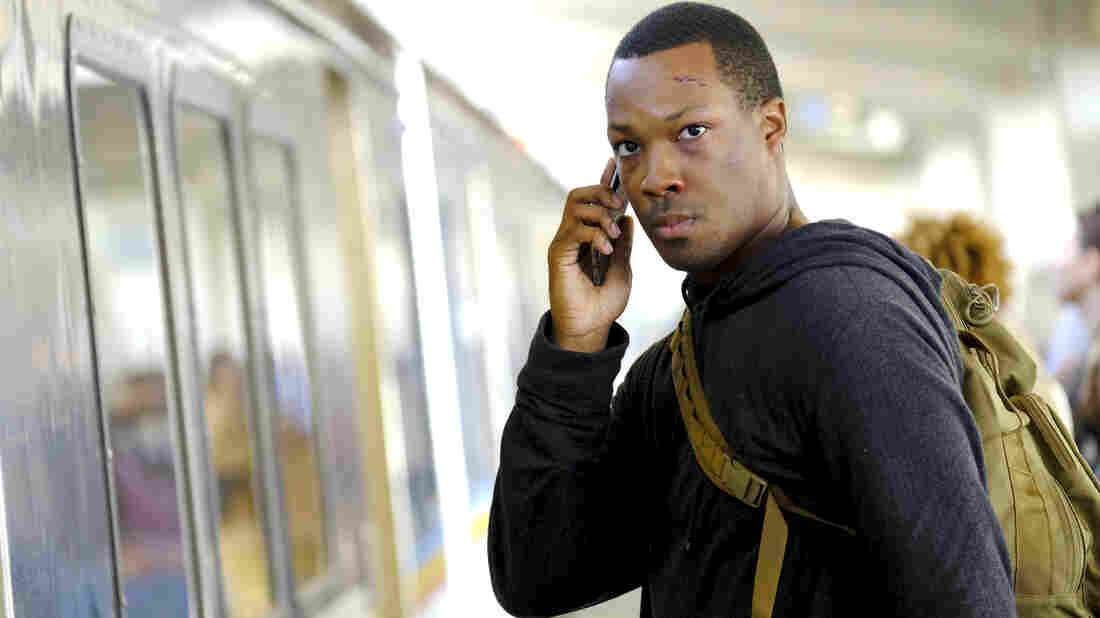 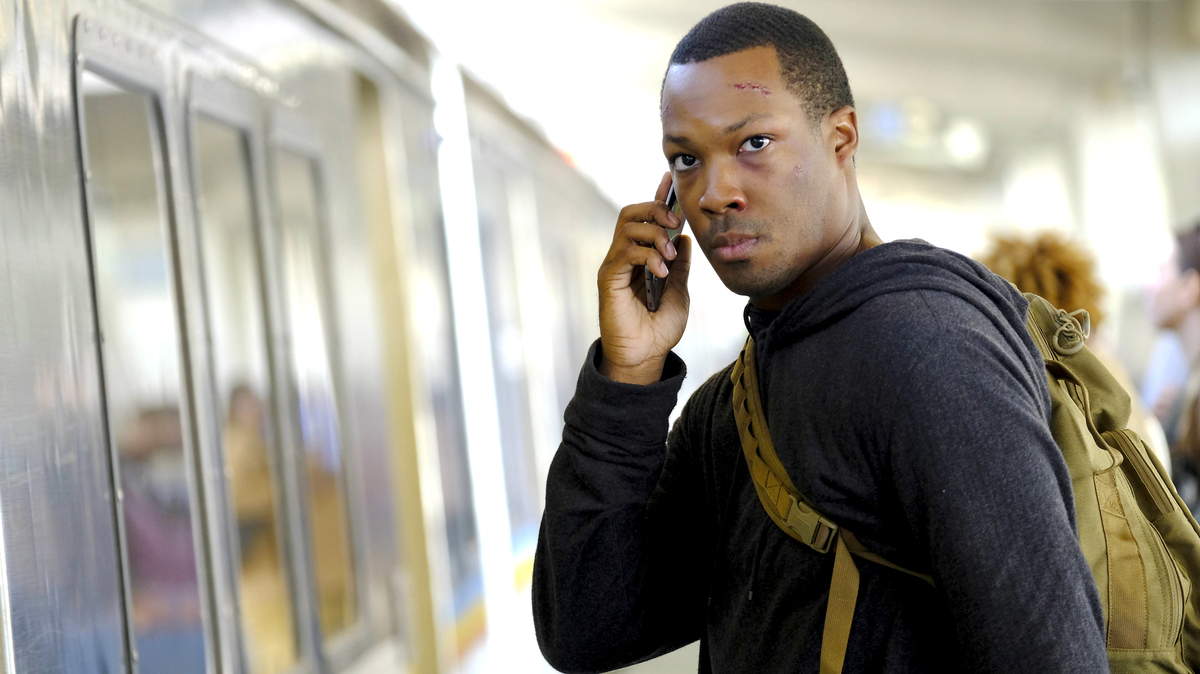 Actor Corey Hawkins (Straight Outta Compton, 24: Legacy) remembers the moment he knew he wanted to be a performer. At 9 years old, the Washington, D.C., native auditioned for a Kennedy Center production of The Brothers of the Knight, a children's musical about a preacher who doesn't approve of his 12 sons' all-night dancing.

"I was going in for the part of Teeny Tiny Tappin' Theo," Hawkins remembers. The only problem was he didn't know how to tap dance. "At all," he says. "But I wanted to be a part of the show and I just bought these brand new tap shoes — like, the stickers were still on [them]. ... And I just remember, like, just tapping my feet."

Debbie Allen, the show's director and choreographer, has her own vivid memories of that audition. "I was looking for who was going to be the very special, the youngest of all the brothers," she says. After meeting Hawkins, she knew she'd found him. "He was just so alive. He had confidence. He danced so well," she says. As Hawkins remembers it, Allen jumped out of her chair halfway through his number. "She was like, 'You better tap! Oh my God! Oh my goodness!' And she was just going crazy."

Allen admits that she actually became pretty possessive of Hawkins. "His mother and I had a big fight," she remembers with a laugh. But Allen knew Hawkins had something special, and she continued to cast him in shows. When he was a teenager, she tried to convince his mother — a single parent raising two kids while working full time as a police officer — to let him star in yet another one of her productions. "I remember the mother saying to me, 'He can't be in the show, Ms. Allen. I'm not sure about his grades.' I said, 'You better listen to me: This child is gonna go the distance. No, you cannot take him from me!' "

That early start helped get Hawkins where he is today, starring as former U.S. Army Ranger Eric Carter in Fox's 24: Legacy. Since Hawkins' mother is a real police officer, he persuaded the show to give her a small part in an episode in which his character gets arrested. In it, a handcuffed Hawkins is led through a police station and past an officer, played by his mom, who shoots the young vagrant a look of disgust. Hawkins thinks she's a natural. "I'm like, 'I've seen that look before,'" he says, laughing.

Monicamarie Hawkins has been an officer with the D.C. Metropolitan Police Department for almost 28 years. Her son says that when he was growing up he didn't really appreciate the sacrifices she made, or how dangerous her job could be. "There might be a day where she wouldn't come home and I wouldn't know what that was," he says. "... D.C. was a scary place, and in some instances still is."

Watching his mother, Hawkins learned that entertainment and serving people could be connected. She and her colleagues sometimes organized community gatherings in the neighborhood. "They set up these stages, they raise money and they let the kids perform," he remembers. "And it's a big thing — like, the whole neighborhood comes out. They bring their lawn chairs; people come out and cook. And it's all sort of art driven." At those gatherings, Hawkins says he watched his mother treat young people with respect, including kids who were in trouble.

After graduating from D.C.'s Duke Ellington School of the Arts, Hawkins got a full scholarship to study drama at Juilliard. At first he was worried the school would turn him into a "classically trained robot," but then he read a book by Juilliard President Joseph Polisi called The Artist as Citizen. Polisi argues that artists have a social responsibility to make the world a more livable place. Hawkins found it inspiring. "It wasn't just about the sort of fame and the legendary alumni, which can be a little intimidating," he says, "but it became about the work and what we're trying to say with our art." 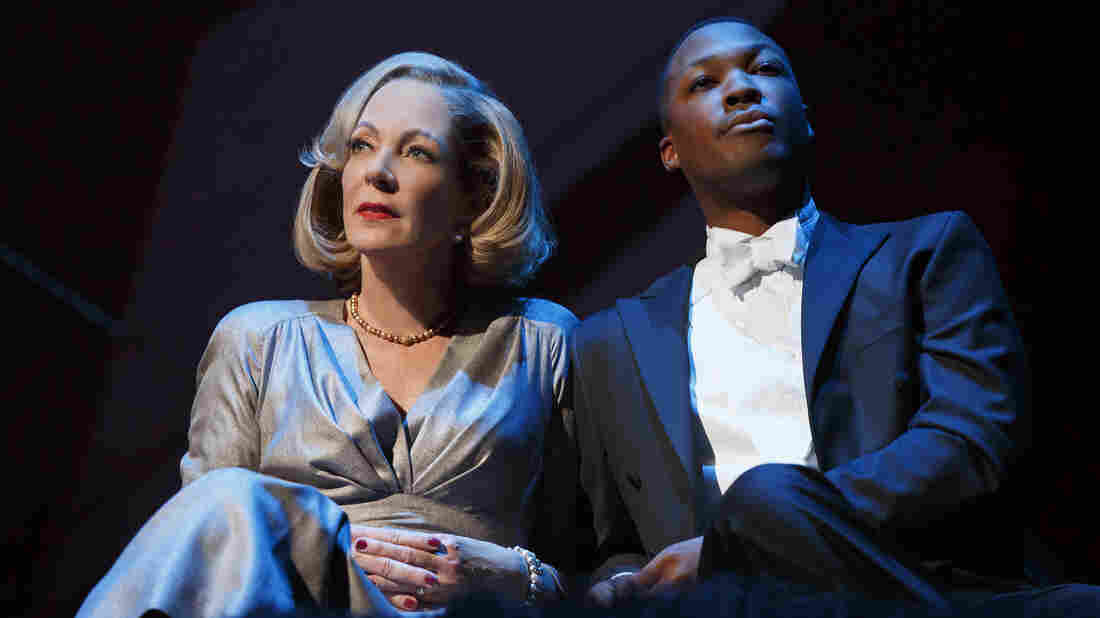 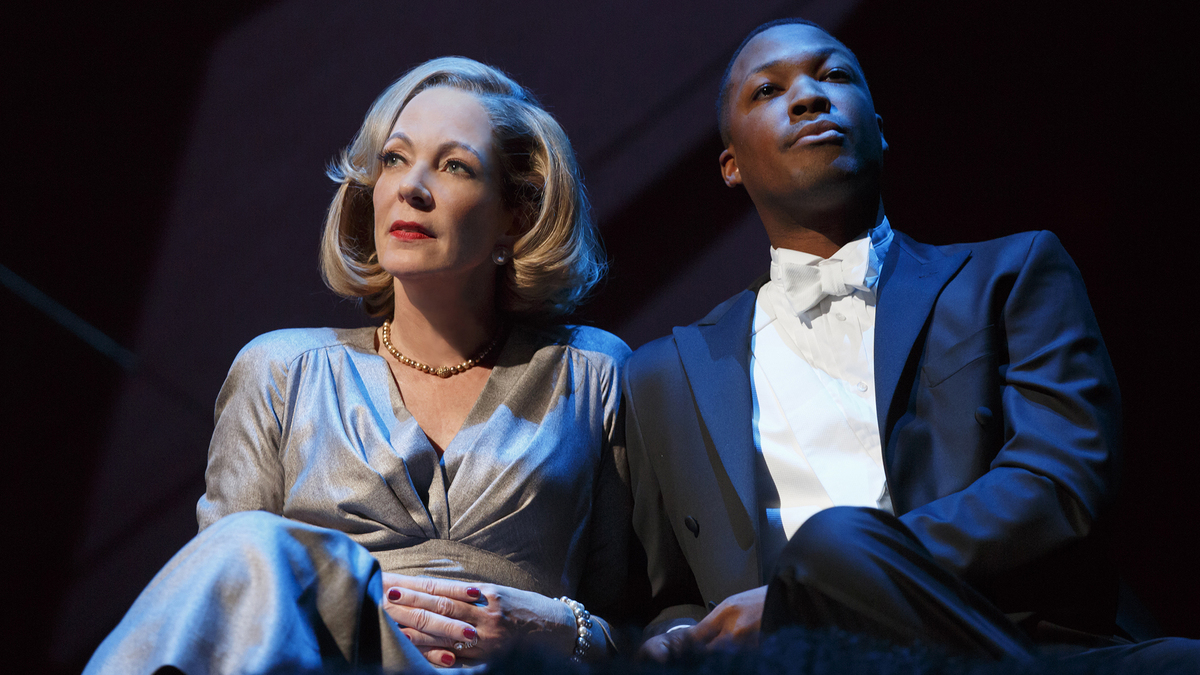 That's something Hawkins thought a lot about during his training, and it's partly what drew him to Paul, the character he plays in John Guare's Six Degrees of Separation on Broadway. Paul is a young, African-American man who cons an upper-class New York couple into believing he's the son of Sidney Poitier.

Hawkins says Paul is desperate to be seen, but he eventually gets caught and arrested. The couple tries to help him, but they can't because they don't know his real name. Paul is lost to the criminal justice system. "That is the world we live in," Hawkins says, "where young black men are just numbers in our society. They're statistics."