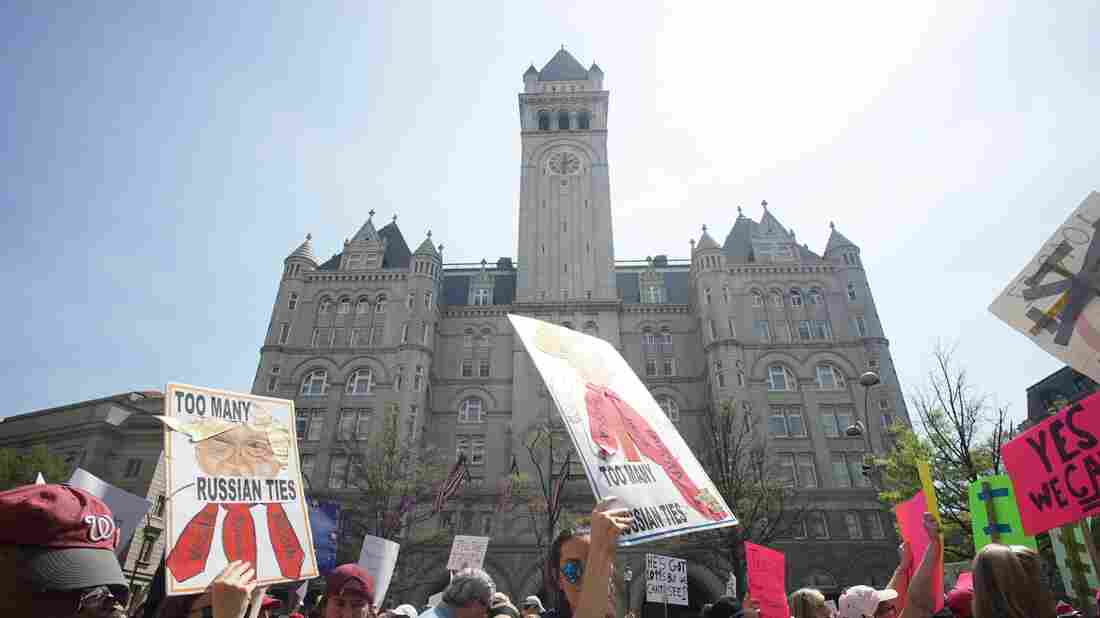 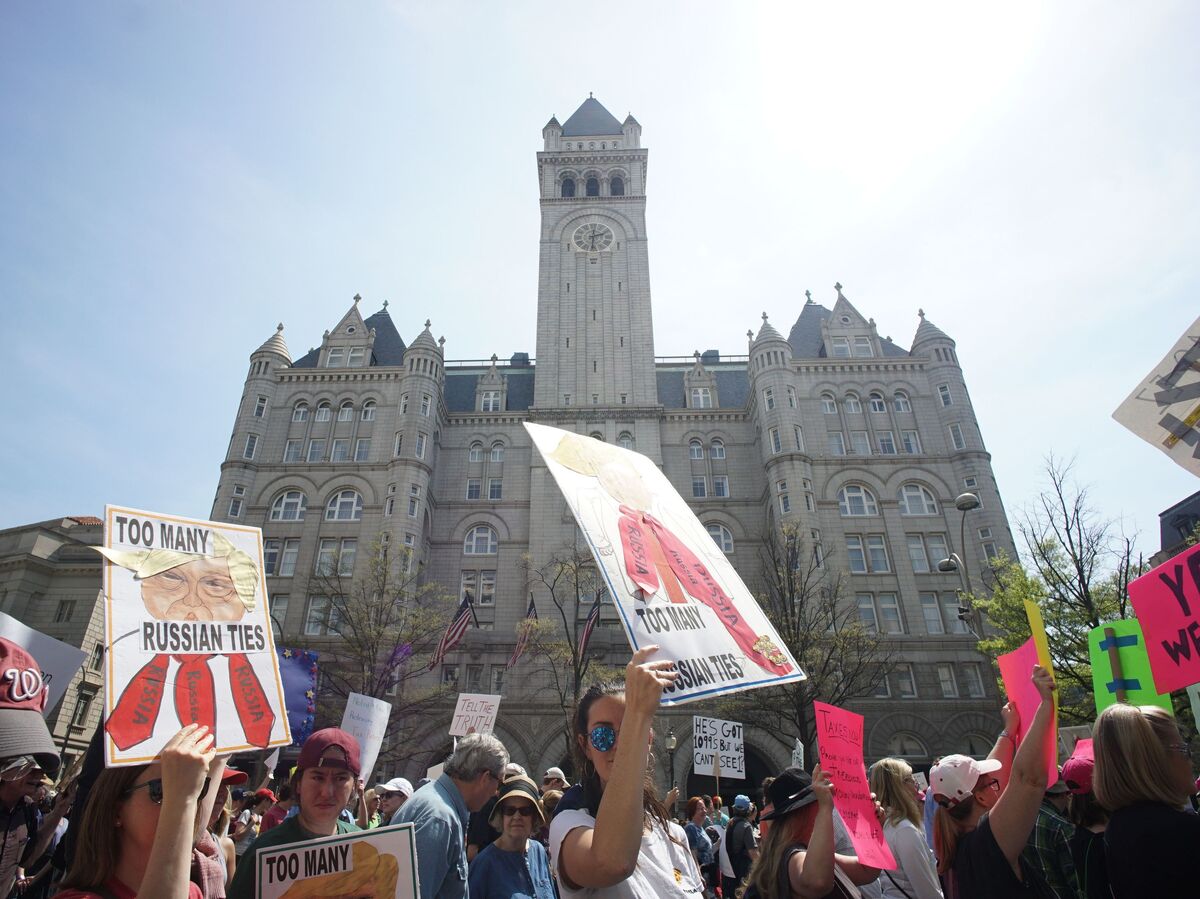 Protestors demonstrating April 15 against President Trump's purported ties to foreign governments walk by the Trump hotel during in Washington, D.C.

The Republican chairman and the top Democrat on the House Oversight and Government Reform Committee are taking a look into the slowly brewing controversy of foreign cash flowing into President Trump's hotel in Washington, D.C.

The U.S. Constitution forbids government officers to take emoluments — gifts or money — from foreign governments and officials. Trump has a plan to avoid the constitutional issue. With their letter Friday, Committee Chairman Jason Chaffetz, R-Utah, and ranking member Elijah Cummings, D-Md., raise questions about how that plan works.

Trump lawyer Sheri Dillon unveiled the plan at a Jan. 11 press conference with the then-president-elect. She said Trump had decided "that he is going to voluntarily donate all profits from foreign government payments made to his hotels to the United States Treasury."

She said the arrangement would apply only to the profits from foreign government payments, not to the overall payments.

The Trump Organization has said the first payments will be made "after the end of the calendar year," according to USA Today.

Chaffetz and Cummings want documents showing how payments from "foreign government customers" will be identified, the profits calculated and the transfers to the Treasury tracked or disclosed.

They also want to know whether Trump, the Trump Organization or any Trump trust plans to claim the payments as tax-deductible gifts.

In a statement to NPR, Larry Noble of the Campaign Legal Center said the committee "has every reason to question the President's claim since he has a history of making questionable, misleading or false claims regarding charitable contributions in an effort to deflect criticism." Trump's foundation was ordered to stop soliciting contributions in New York because it was not registered to do so. He has also overstated his foundation's giving.

A group of plaintiffs led by Citizens for Responsibility and Ethics in Washington filed an emoluments lawsuit against Trump in January. Their argument rejects Dillon's analysis that emoluments are only the profit, not the gross amount, in a payment from a foreign government or official.