Accessibility links
First Step To 'Eco-Grieving' Over Climate Change? Admit There's A Problem Psychologists say anxiety over climate change is making some people feel overwhelmed. To talk through their worries, a group in Utah is meeting weekly and the idea has drawn interest in other states. 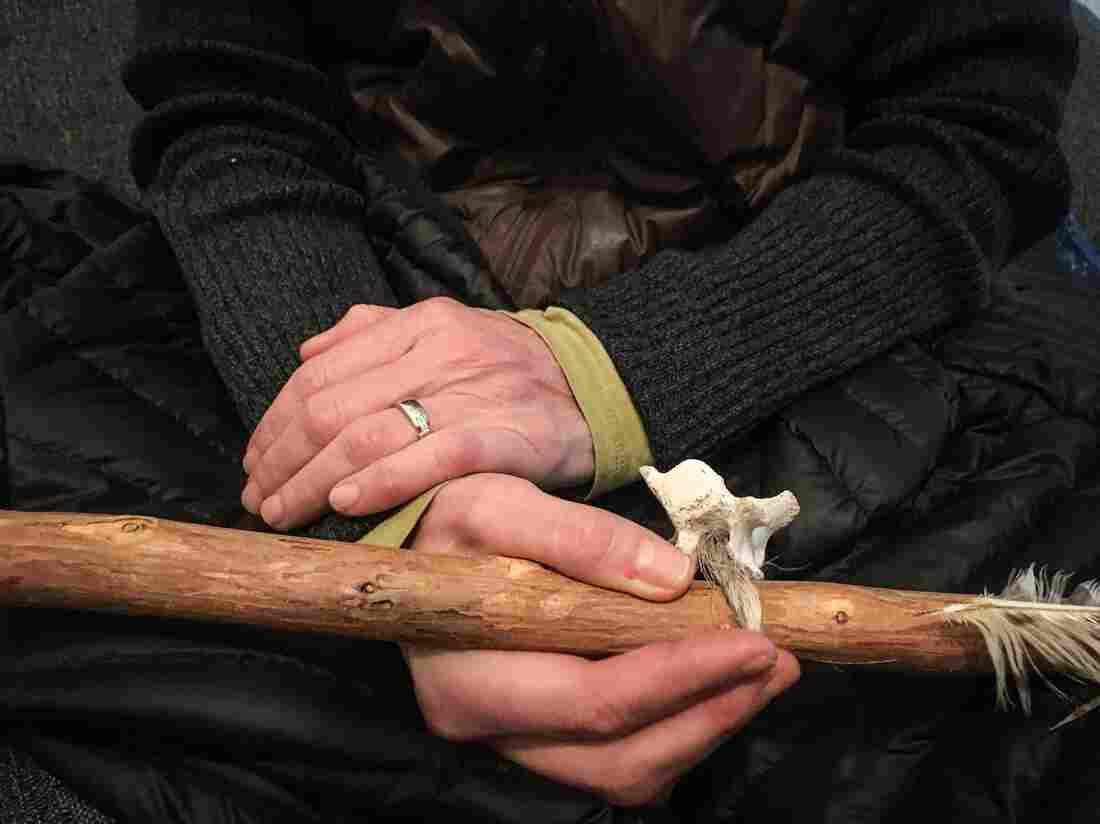 The "talking piece" is held by whoever has the floor at the moment to share their feelings on climate change with the Good Grief group. Judy Fahys/KUER hide caption 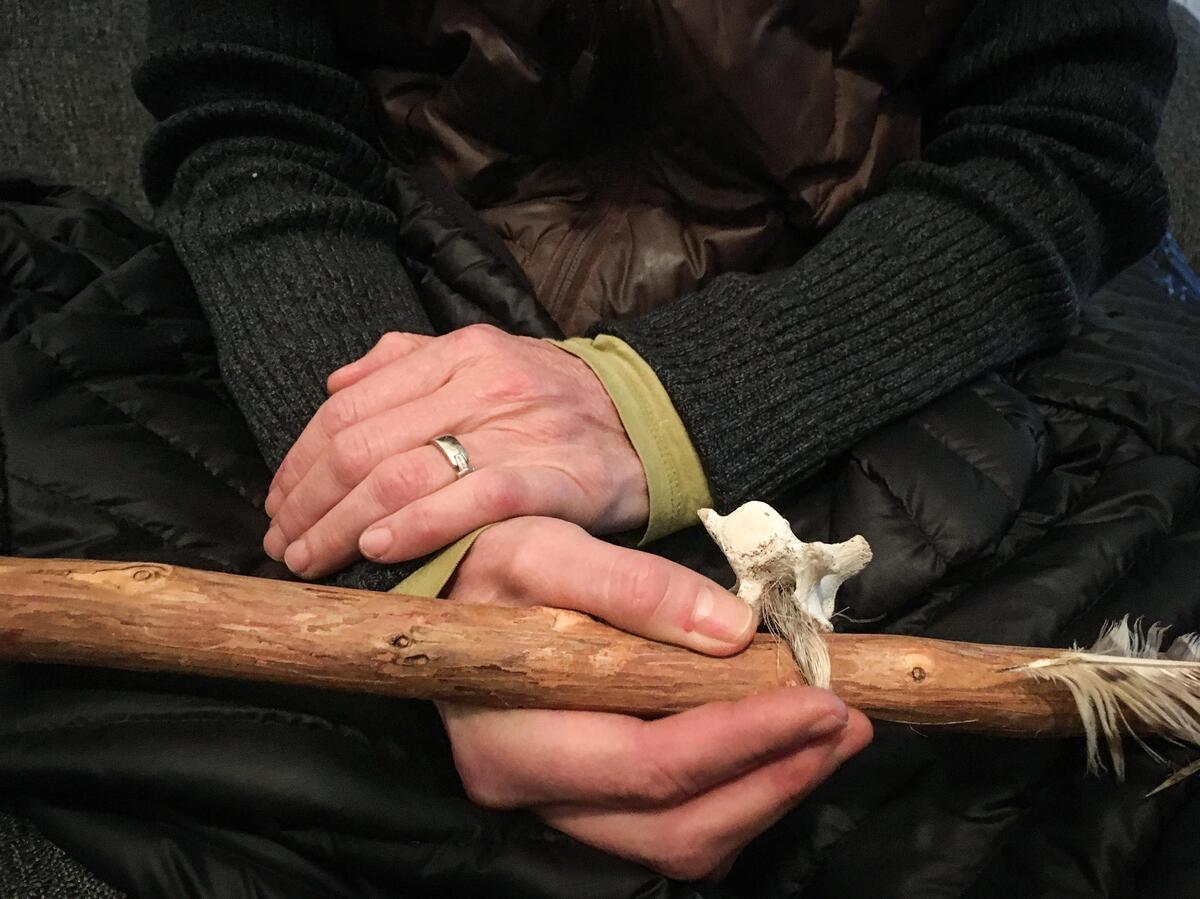 The "talking piece" is held by whoever has the floor at the moment to share their feelings on climate change with the Good Grief group.

Just thinking about the impacts of a shifting climate is making some people feel anxious and overwhelmed. A support group in Utah is helping people cope, and the idea has drawn interest in other states.

In a split level outside Salt Lake City, eight people gather for a weekly meeting. The group, called Good Grief, has members ranging from millennials to grandparents.

As they sit in a circle in the living room, Dick Meyer talks about why the problem of climate change made him emotional. Just thinking about the impacts of a shifting climate is making some, like Meyer, feel anxious and overwhelmed. This support group, which began meeting last year, is helping people cope.

Why Our Brains Weren't Made To Deal With Climate Change

Meyer used to be skeptical.

"And I think I came to the conclusion that it was the loss of the future — the future that I had lived knowing was going to be there — all of a sudden is gone," he says. "And that is really disorienting."

Meyer spends his winters in Utah but has run a landscaping business in Nebraska for decades. That's where he's seen a few common tree species dying out — something scientists trace to heat and drought.

"At some point, you come to a conclusion if you're paying attention, I think, where you just say, 'Whoa, this is serious,' " he says. "And then you suffer for a while, you grieve."

Humboldt State University in California also recognizes so-called "eco-grief." Sarah Jaquette Ray, head of the environmental studies program, says her students find their study of climate change so depressing that she's added lessons to help them cope with their emotions.

When the idea for this group first came to LaUra Schmidt, she was also struggling. She was an undergraduate student then, studying species extinction and melting ice caps. The human impacts of all that made her feel heartsick and powerless. Then Schmidt remembered the 12 steps that self-help groups use for problems like drugs and overdrinking.

She says she has been an avid participant in an Adult Children of Alcoholics group, "and I realized that that group could be co-opted."

So she wrote her own nine steps, which are still being solidified and possibly expanded by the group. The first step is the standard, "Admit there's a problem."

"It's a lot about understanding your power and what you're capable of but also your limitations as a single human being on this planet," she says.

"Every single day we are told about what disasters are just around the corner," she says. "And this is being processed whether we know it consciously or not."

Van Susteren calls the Utah group's approach brilliant since it helps people cope with their feelings and makes their community ties stronger. The American Psychological Association suggests both strategies in its new report on climate and mental health.

Alli Harbertson says she comes to the Utah meetings to mourn the past and reimagine her kids' future. It helps, she says, to talk about it with people.

"We don't do chitchat," she says. "We go right to what's on your heart. And I cry like every week, which is ... no big thing for me. I'm a huge crier. But still, feeling like I can do that with almost complete strangers is amazing."

People in other states who've heard about this program are asking if they can use it too. The Utah group is planning to share it.

Judy Fahys is a reporter with NPR member station KUER. You can follow her @judyfutah.