Accessibility links
Renée Elise Goldsberry Hopes 'Henrietta Lacks' Movie Will Start Conversations The actress plays a young African-American woman whose cells, which were taken without her knowledge or consent, went on to become "immortal." 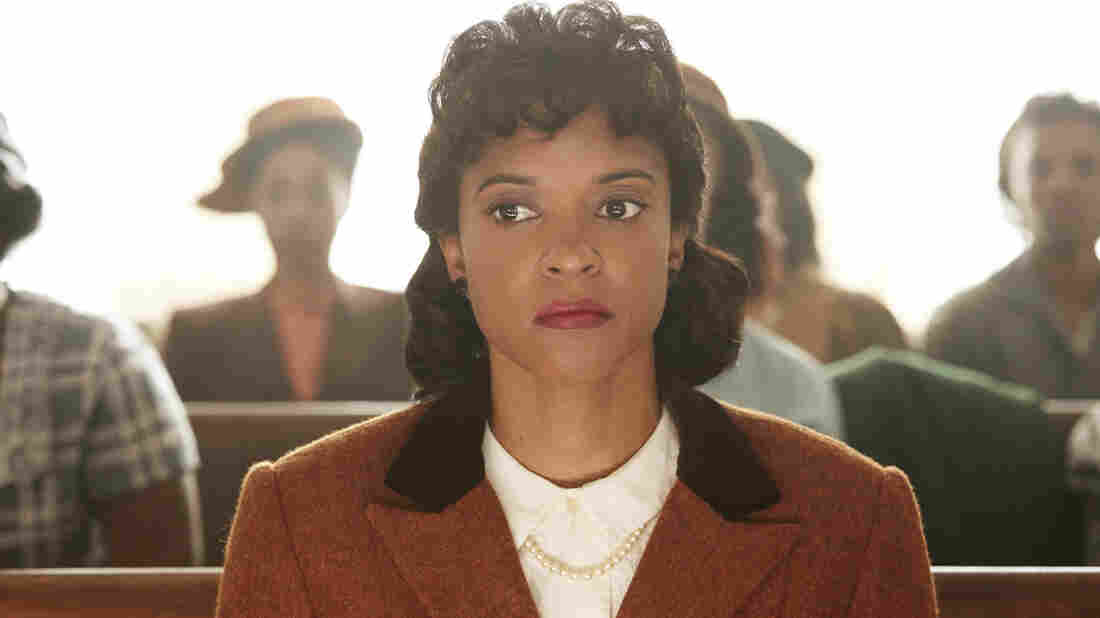 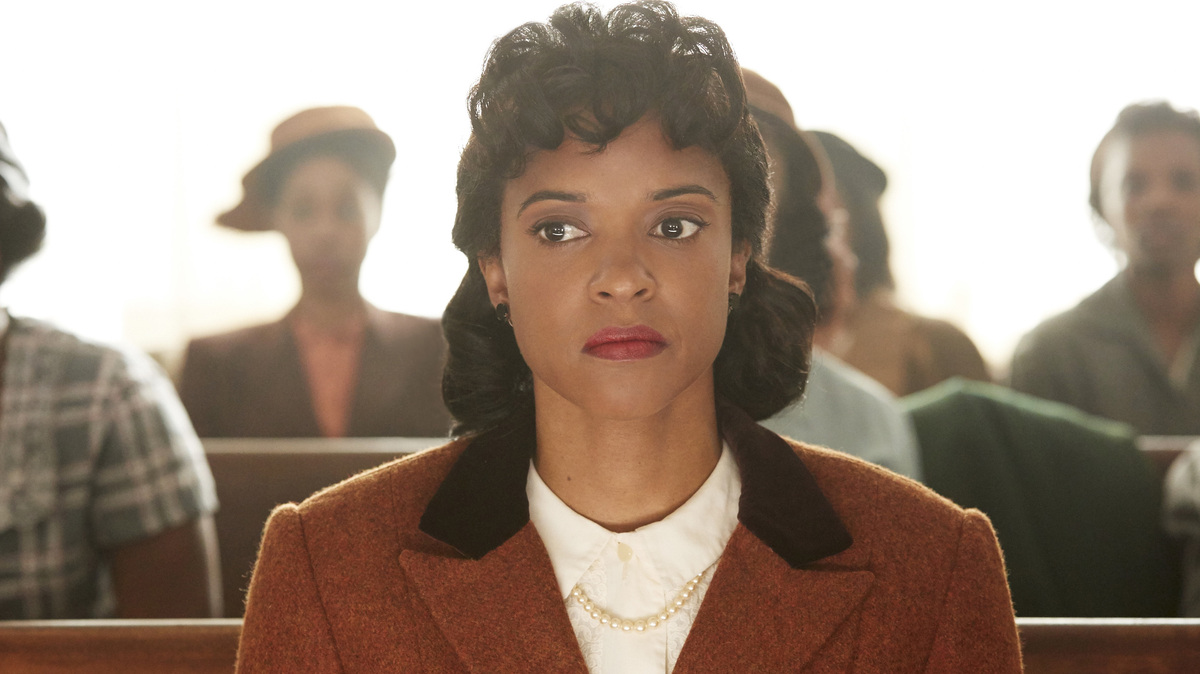 Henrietta Lacks (Goldsberry) died from cancer at the age of 31, leaving behind four children.

Back in 2010, science writer Rebecca Skloot published a book that sounded like science fiction — except it was real. Skloot told the story of how a tissue sample from a young African-American woman in Baltimore, taken without her knowledge or consent, went on to become "immortal." Her cells contributed to scientific breakthroughs across disciplines and around the world, and they even went up with some of the first space missions.

The woman's name was Henrietta Lacks. She died from cancer at the age of 31, and while her cells were helping to change the world, her four children were struggling to hold on to their memories of her.

Skloot's book, The Immortal Life of Henrietta Lacks, became an international best-seller and now it's also a movie on HBO. Lacks is played by Renée Elise Goldsberry, who also appeared in the original Broadway production of Hamilton.

Goldsberry says the movie isn't meant to replace the book. "It's designed to be the gateway into more exploration into who Henrietta is and to really kind of see ... where we are in terms of how we're dealing with people's tissues."

On the most surprising part of Lacks' story

Here's what's surprising to me today, right now, in April of 2017, is that there's not really anything that happened to her that wouldn't be able to happen to me today. Legally, they do not have to get your consent to research your tissue samples. If you went and had a mole biopsied, anything that has been done to you, if that tissue is not connected to your body there is no need to ask for your consent to study it, to research it, to have it stored. There are banks all over this world filled with human tissue for researchers to study. And so, yes, today, right now today, we have not resolved this question. And if it disturbs you, this is something you should talk about and we should continue to have a conversation about.

This is not an example of something that only happened to her because she was a poor black woman. I think that's important to know. ... They were doing this with everybody, whether you had a lot of money to pay for your doctor or not, the same things would have happened. They would have taken those tissues and they would have studied them. So I think it's important to just distinguish those things, because if we miss that then we fail to be able to address what's going on with privacy right now.

On what Lacks and her Hamilton character, Angelica Schuyler, have in common

These are two stories that are about two women who actually existed, who are hugely important and nobody really knew who they were. The writers, you know, both [Hamilton's] Lin-Manuel Miranda and Rebecca Skloot — I should actually say and Ron Chernow, since he wrote the biography for Hamilton — brought something to our consciousness that I can't believe wasn't there already. ... So as an actor it feels like the opportunity to perform a service, to portray somebody that the world really needs to know about.

It's funny, I used to say if there was anything I would really want to have as I get older in my career, it would be wonderful to have relevance to somebody in some way so that I could continue to work on some level. And ... I think there will always be a relevance to Hamilton. It's nutritious. It's really hard to be commercially successful doing something that I think is so good for us. I feel that way about Henrietta Lacks as well.

There are endless conversations we could have about the themes that are brought up in Hamilton and the characters that we get to explore in Hamilton, and I feel the same way about Henrietta Lacks. And I am honored to be able to say that what I've done with my life is start some of those conversations, you know, and play some people that have really made me bring to the surface some things that I actually really aspire to be as a woman. I love that as well.