Accessibility links
Trombone Shorty Pushes Tradition Forward On his new album, Parking Lot Symphony, Troy Andrews keeps New Orleans' brass-band sound up-to-date. Thanks to a new generation of musicians, he says, "the future of the music is in good hands." 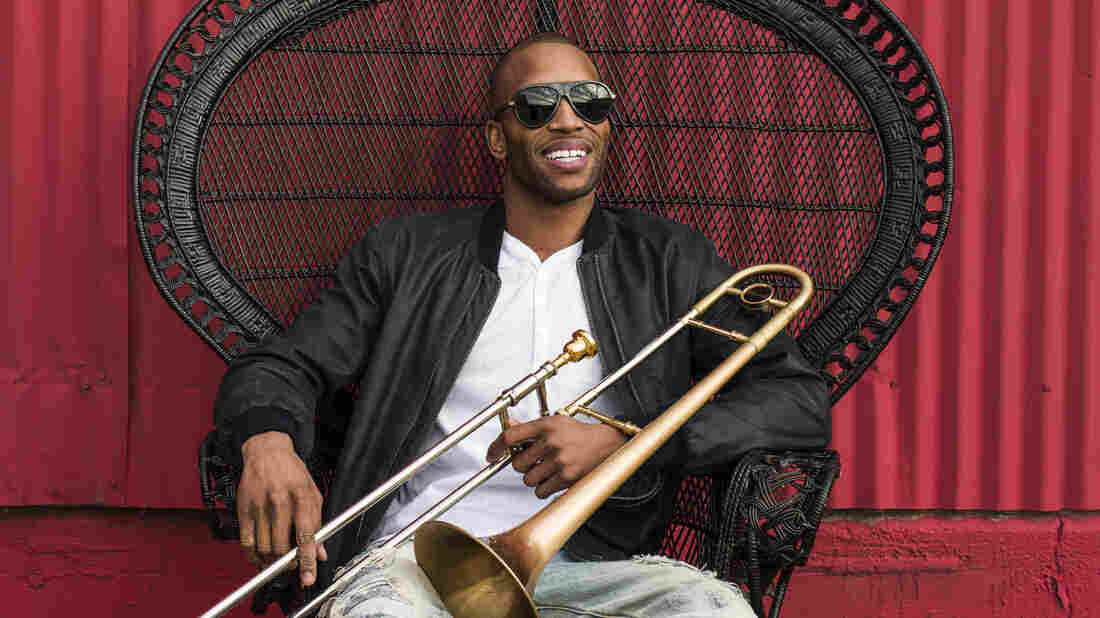 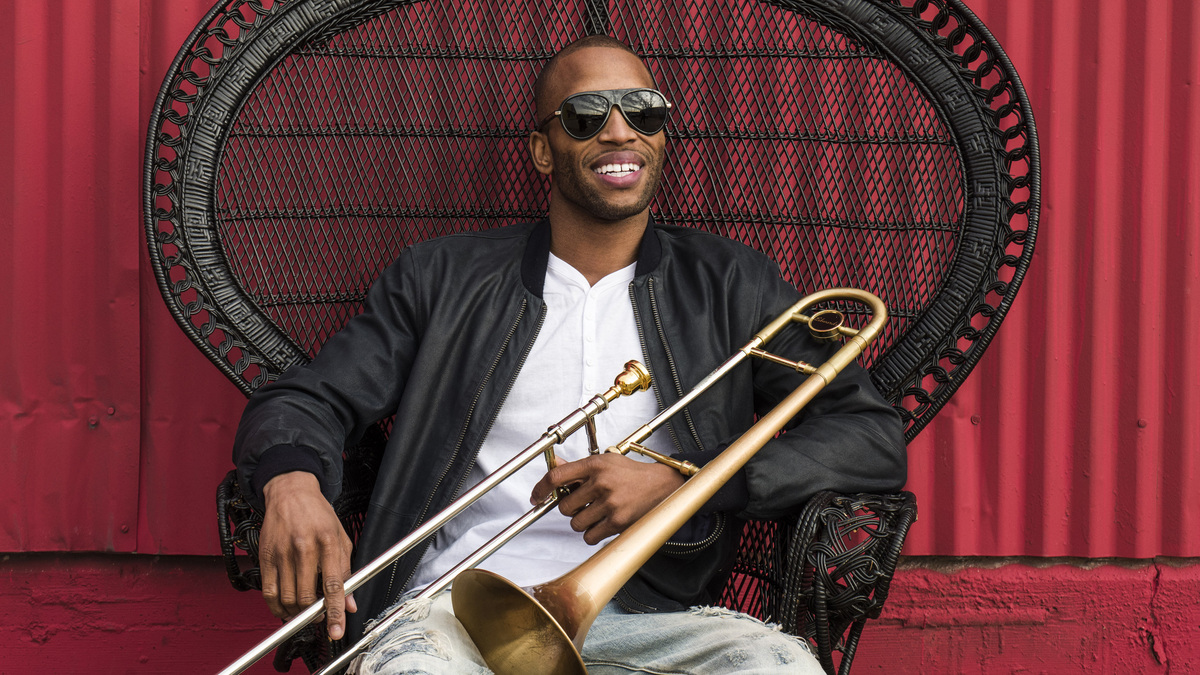 It's hard to imagine an artist more steeped in the culture of New Orleans than Troy Andrews, better known as Trombone Shorty. Andrews grew up in the Tremé, a neighborhood that's become practically synonymous with brass-band music. At age 4, he marched in the street with his brother's band; by 13, he was playing in the New Birth Brass Band. He's also donated instruments and founded the Trombone Shorty Foundation to help pass along New Orleans' musical culture to a new generation.

Yet Andrews has long shown an interest in not just preserving New Orleans' brass-band tradition, but keeping it up-to-date. His new album, Parking Lot Symphony, is no exception: You can hear street rhythms interwoven with funk, R&B and rock influences in tracks like the title number and a cover of Allen Toussaint's "Here Come The Girls," made famous by Ernie K-Doe.

The album also showcases Andrews' ability to play a wide range of instruments. In "Tripped Out Slim," he's on trombone, of course — but also tuba, guitar and trumpet.

"Before I introduced the band to the music, I actually went in the studio for about two weeks — myself and just an engineer," he says. "He set up a bunch of instruments in a circle for me, with microphones, and I was able to jump from each one whenever an idea came, and keep rolling to build some of those tracks."

It's clear from his music and philanthropy that keeping tradition alive is important to Andrews. At the same time, he's optimistic about where New Orleans music will go next.

"I think it's gonna be OK," he says. "We have new, younger musicians that's coming in, even younger than me — that's influenced by different styles of music. They're influenced by hip-hop that's on the radio right now. ... So when I see that and see how excited they are just to be making music, I think the future of the music is in good hands."