Accessibility links
Nearly 100 Days In, Trump Voter In One Rust Belt County Shares Concerns Jamie Ruppert of Pennsylvania supports President Trump, but says she'd give his first few months in office a B- or C+. He "stepped up" for the people of Syria, she says, but failed at health care. 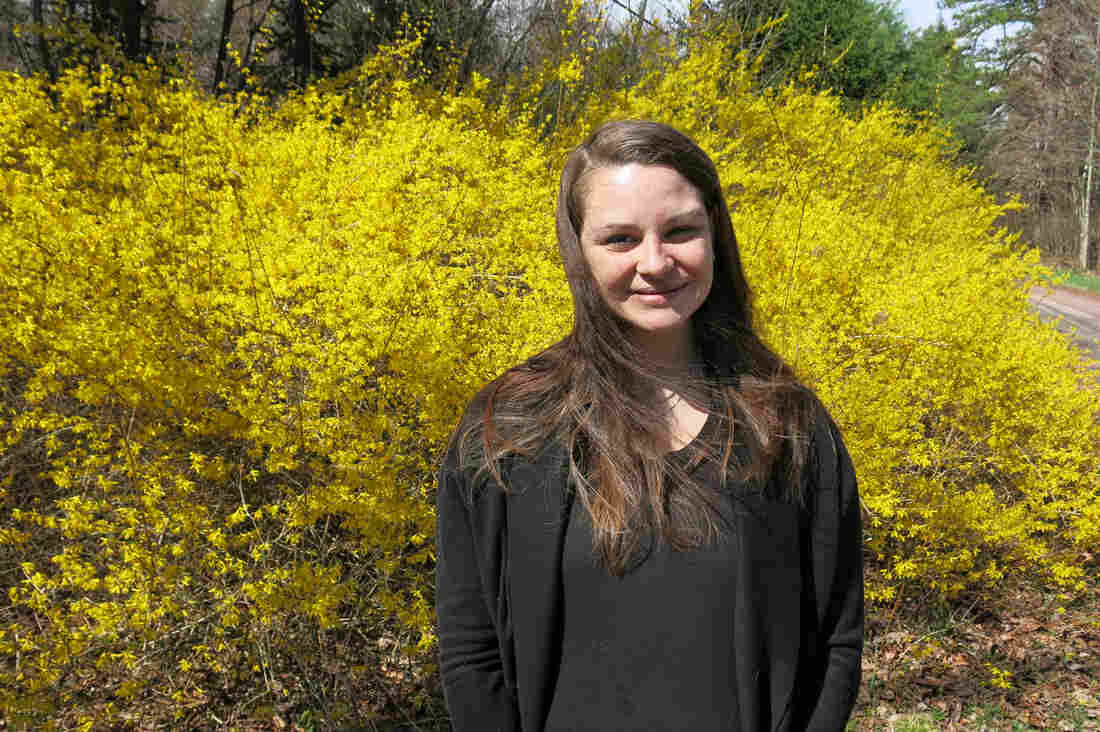 Jamie Ruppert of White Haven, Pa. is a swing voter who picked Donald Trump in the 2016 election. Nearly 100 days into his presidency she gives Trump a grade of C+ to B- but she still hopes for an A near the end of his time in office. Jeff Brady/NPR hide caption 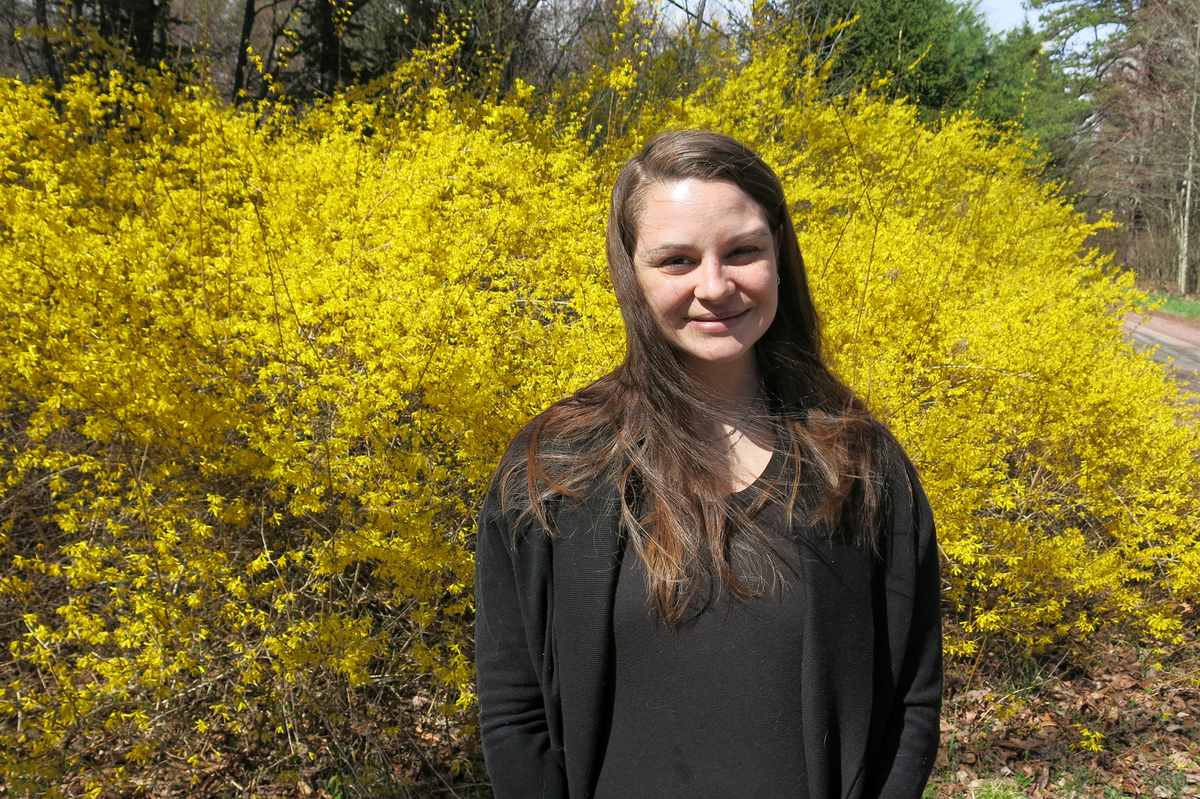 Jamie Ruppert of White Haven, Pa. is a swing voter who picked Donald Trump in the 2016 election. Nearly 100 days into his presidency she gives Trump a grade of C+ to B- but she still hopes for an A near the end of his time in office.

This story is part of Kitchen Table Conversations, a series from NPR's National Desk that examines how Americans from all walks of life are moving forward from the presidential election. This is the third post-election visit with Jamie Ruppert, 33, of White Haven, Pa.

Jamie Ruppert, 33, switched parties and voted for Donald Trump in November, and for months has been his enthusiastic supporter.

Nearly 100 days into his presidency, the mother of two — her third baby is due in July — still thinks he was best for the country, but worry has been creeping in. She voted for Trump because he promised to crack down on illegal immigration and create more manufacturing jobs. Those are domestic issues, but foreign news has dominated the headlines lately.

A Trump Swing Voter Looks Ahead

"I just hope we're not biting off more than we can chew here and that we're ready for whatever repercussions might happen," says Ruppert.

Even though she is busy preparing for the baby and caring for her family, Ruppert tries to watch the evening news to keep up with how Trump is doing. She groans at news stories about Trump's tweets and wishes the president would send out fewer missives. She was especially disappointed with Trump's unsupported accusation that former President Barack Obama had his phones tapped before the election.

She also has started to worry about how people see her, as a Trump voter. If his presidency is viewed as a failure, Ruppert is concerned she'll be a laughingstock.

"I'm just hoping that you're not kicking yourself in the arse later because you voted for him and had faith in somebody that, maybe, misled you," Ruppert says.

Trump's "Make America Great Again" campaign message appealed to her and many others in her Rust Belt community. Empty factories and abandoned coal mines are a constant reminder that Luzerne County's best economic days were in the past.

Trump's promise to bring back manufacturing and fossil fuel jobs really appealed to local voters. Luzerne County, where Ruppert lives, flipped in 2016 from Obama to Trump. Even now, despite the president's low approval numbers, support for Trump on the street in Luzerne County remains strong.

"So far I think he's doing a fabulous job," says Roger Kuenzel of Kingston, Pa. Standing outside the local post office, Kuenzel says he likes Trump's vocal support for the military. And he says it doesn't bother him that the president's first try at repealing Obamacare failed.

Nearby, John Cordora of Luzerne, Pa., praises Trump. "I think his first 100 days is terrific. I think he's doing a good job," he says.

Asked what grade he would give Trump so far, Cordora says, "I'd say I'd give him a B+ and for effort I'd give him an A+," he says. "Every president makes some mistakes. Nobody's perfect."

Ruppert says her grade for Trump's first few months in office is a little less generous: B- or C+.

"I don't think he's been terrible. I mean, he definitely stepped up when the people of Syria kind of needed some help. But did he kind of really bomb at the health care reform? Yeah," Ruppert says.

For people who oppose Trump, even Ruppert's grade may seem high, but these assessments are in line with what one local political science professor has observed.

"I still think there's support for many of the things Trump stands for. Many of the things he's claiming he's going to do, they still see this as coming," says King's College political science professor Beth Admiraal.

She says considering the hope Trump's campaign brought to this depressed part of the country, it'll take something pretty dramatic before Luzerne County supporters turn on Trump.

"They're like hopeful college student parents waiting after a bad midterm grade for a really good grade on the final report," Admiraal says.

And it's still only a few months into Trump's term in office, so that final grade is still a long way off.