Accessibility links
Brad Paisley On 'Love And War,' Dialogue And Protest One of mainstream country's biggest stars, Paisley subtly pushes the boundaries on his new album, which features a collaboration with Timbaland and a protest song written with John Fogerty. 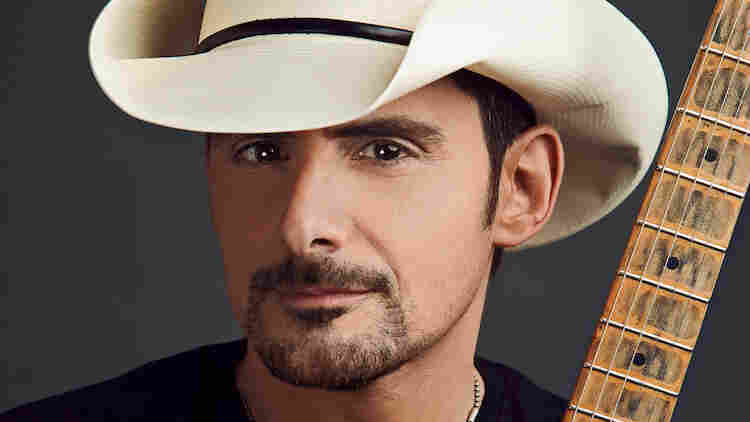 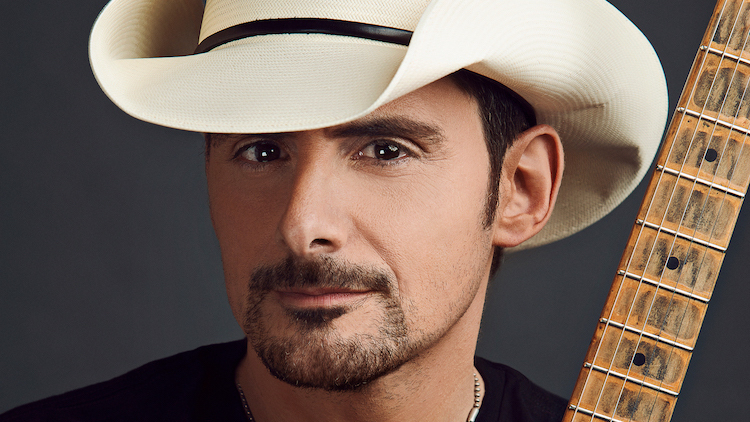 Jeff Lipsky/Courtesy of the artist

Brad Paisley is a country megastar: Since his debut in 1999, he's sold 12 million records and had 23 No. 1 hits. He's a great singer and a monster guitar player who's always had a way with lyrics and timing. That's evident throughout his new album, Love And War, which has its fair share of fun, witty moments.

But the title track is dead serious. It's a collaboration with Creedence Clearwater Revival's John Fogerty, who wrote one of the most potent protest songs of the Vietnam era.

"He's a huge influence on me," Paisley says, "and, I think, the voice of a generation. And so one time, we sat down and I said, 'Why don't you come to Tennessee for a couple of days, and we'll do this right.' And I have this thing I want to say, and that's that I think we are really letting our veterans down."

Fogerty, it turns out, was game.

The result, "Love And War," is a song about two generations of veterans, both treated unjustly by the country they fought for.

"It's an interesting dichotomy, in that it's a protest song," Paisley says. "But we're protesting something I think everyone can agree on."

Throughout his career, Paisley has broached sensitive subjects, often taking atypically progressive stances for mainstream country music. Usually, it goes over pretty well — but he got a lot of heat for the 2013 song "Accidental Racist," a collaboration with LL Cool J, which tried to reconcile Southern pride with the region's legacy of racism through a dialogue between the two artists. Many critics found it flat-footed, if well-intentioned, and Paisley says he learned from the incident.

"I was very naïve in thinking that we could write something that would feel the same way that other topics feel when you discuss them," he says. "When you discuss racism, it's almost a no-win scenario — but I don't think that means we shouldn't be discussing it."

Paisley says the backlash to "Accidental Racist" was fair, in a sense. He likens it to something a co-writer once said to him.

"[He] told me early on, when I would get really mad about a line that he didn't like, 'Well, you can tell me all you want that I'm wrong, but I'm not. I don't like it,' " Paisley says. In the same way: "Any true feelings of dislike are warranted, and they need to be explored."

And Paisley has kept pushing boundaries. Two songs on Love And War feature the hip-hop producer Timbaland, who's better known for his work with artists like Justin Timberlake.

"When I sat down with [Timbaland], he said, 'I wanna do something country, but I mean country,' " Paisley says. "He's like, 'I think where our worlds meet the best — in the coolest spot — is bluegrass.' ... I knew exactly what he meant."

You can hear just what he meant in "Grey Goose Chase," which opens with what Paisley describes as a "jug-band, front-porch sound."

"What that is, is Timbaland beating on the banjo base with his hands and hootin' and hollerin' in the background," he says. "When you see 'produced by Timbaland,' that's not what you thought you'd hear — and I love that."