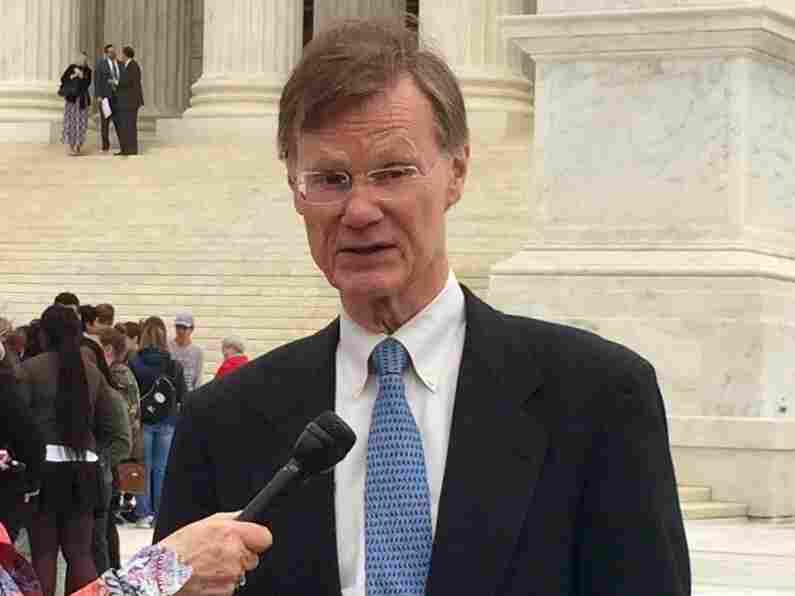 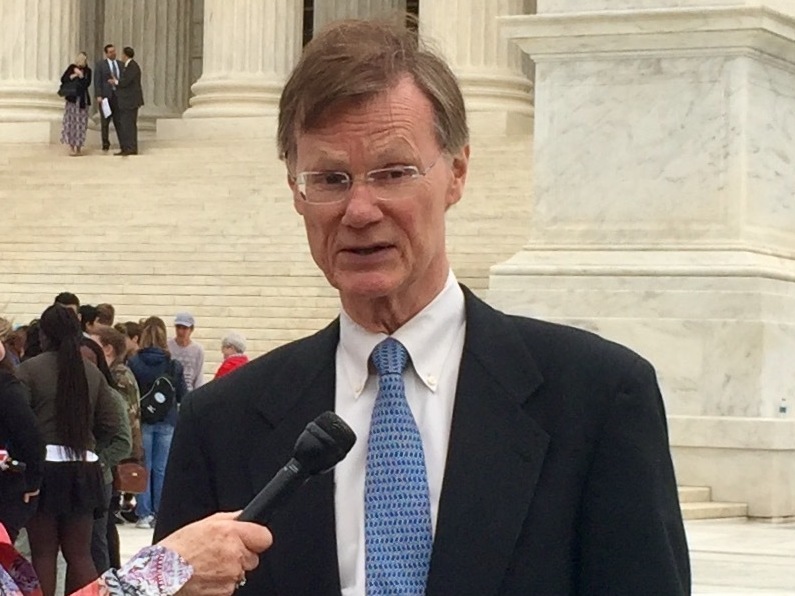 Stephen Bright of the Southern Center for Human Rights argued for James McWilliams before the U.S. Supreme Court Monday.

As a hurry-up execution schedule plays out in Arkansas this week, the U.S. Supreme Court and Arkansas Supreme Court have stepped in to block two of the eight executions initially scheduled for an 11-day period.

Those two cases are on hold pending the outcome of a case from Alabama argued in the Supreme Court on Monday.

At issue is whether an indigent defendant whose sanity is a significant factor at his trial is entitled to an expert witness, independent of the prosecution, paid for with money from the state.

The case tests the meaning of an 8-to-1 Supreme Court decision in 1985, called Ake v. Oklahoma, which declared that when a defendant's mental status is an issue, he is entitled to a competent mental health expert to assist in his defense.

Arkansas Prepares For First Double Execution In U.S. Since 2000

In the 32 years since that decision, the states, prodded by lower court rulings in state and federal courts, have come around. And as of now all of them, including Alabama, provide such assistance.

But some of the inmates who did not have that expert witness assistance at their trials remain on death row.

The case before the Supreme Court on Monday was one of those. James Edmund McWilliams Jr. was sentenced to death in 1986 — a year after the Ake decision — for the rape and murder of a convenience store clerk. There was overwhelming evidence of his guilt. The only real question was whether he would be sentenced to death or life in prison.

Supreme Court To Decide If Prosecution, Defense Can Share Experts in Capital Case

The trial judge ultimately sentenced McWilliams to death, citing testimony at the trial from two state-employed psychiatric experts who said he was faking his mental illness. Under Alabama law, those expert witnesses were considered neutral — their evidence and conclusions were available to both sides.

But lawyer Stephen Bright of the Southern Center for Human Rights says there just is no effective way for the prosecution and defense to share an expert witness.

"It's an adversary system," Bright said on the steps of the Supreme Court Monday. Prosecution witnesses and experts argue for the prosecutors, and defense experts do the same for their side.

"There's just not one holy seer who tells us what the mental health of a defendant is," he said.

Alabama Attorney General Steve Marshall conceded that Alabama now provides for a separate expert witness for the defense, but he contended that shouldn't affect the sentences of others who were sentenced without that assistance.

"This defendant was given the protection that he was entitled to [under] the law at the time, not what the law requires now," Marshall asserted.

"You can't work both sides of the street"

Inside the courtroom, the justices appeared closely divided, and as in many death cases, Justice Anthony Kennedy appears likely to cast the deciding vote. He seemed to be wrestling with the rule set out in the court's 1985 Ake decision. 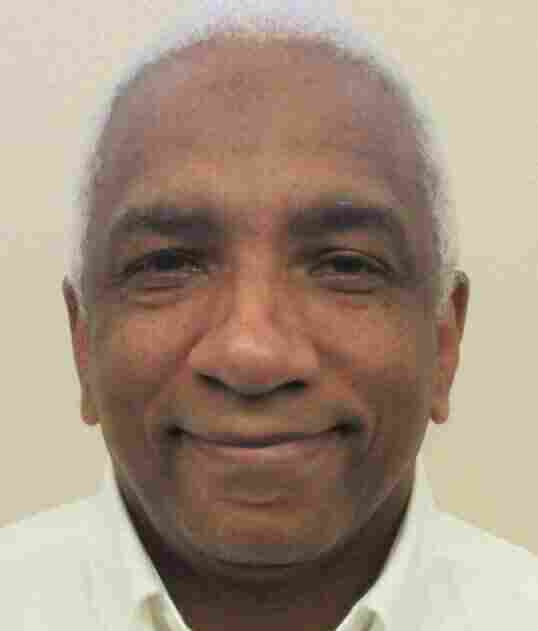 James Edmund McWilliams Jr. was sentenced to death in 1986 for the rape and murder of a convenience store clerk during a robbery. Alabama Dept. of Corrections hide caption

The rule is important because McWilliams has exhausted his other appeals, and he only qualifies for resentencing if the denial of a defense expert witness violated a clearly stated Supreme Court rule.

So the question essentially boils down to this: Did the 1985 Ake ruling require the defense to have an independent expert witness of its own, or did it simply require a neutral expert witness available to both sides?

No, replied lawyer Bright. "You can't work both sides of the street" in a criminal case.

Justice Sonia Sotomayor, the only justice to have spent significant time as a trial judge, asserted that what's at stake here is "what kind of aid a defendant is entitled to, to mount a viable defense, correct?"

"Correct," replied Bright, adding, "and I'd like to point out that the defense lawyers here were really sandbagged."

Arkansas Readies For 8 Executions, Despite Outcry Over Pace, Method

And on the morning of hearing, the defense received 1,200 pages of prison medical records, which showed, among other things, that the defendant was taking psychotropic drugs.

McWilliams' attorney asked for a continuance; he said he needed time to get help in interpreting the records and test results. The judge rejected the request, and later that day sentenced McWilliams to death.

Justice Samuel Alito, like the court's other conservatives, did not seem to buy Bright's argument.

It sounds like you want an expert who would function as a defense witness, Alito said. How, he asked, can a court-appointed expert witness "ever function like an expert retained by the defense?"

Replied Bright: in the same way that a court-appointed lawyer represents the defendant.

"Where is the stopping point, then?" Justice Neil Gorsuch asked. "Would we also have to apply the same rule in other kinds of medicine, perhaps forensic science?"

Alabama hit from the left

Arguing the other side of the issue was Alabama Solicitor General Andrew Brasher, who quickly found himself under the eagle eye of Justice Elena Kagan.

Quoting from the central holding of the 1985 Ake decision, she read what she called the "money sentence":

"We hold that when the defendant makes this preliminary showing that mental health is going to be at issue, the State must assure the defendant access to a competent psychiatrist who will assist in evaluation, preparation and presentation of the defense."

And that, she said, "means somebody on the defendant's side."

Justice Stephen Breyer chimed in: "And here it seems to me that the defendant certainly did not get that help."

Added Justice Kennedy: "You usually meet with your expert and go over the testimony with care. Did that happen here?"

The court's newest justice, Neil Gorsuch, interjected, contending that "one piece of evidence about what a holding means is what the parties ask for." In the 1985 Ake case, he said, defense counsel asked for "either a partisan expert or a court-appointed expert."

At that, Justice Kagan shot back that such a convoluted and "narrow" approach "would be a shocking way to interpret this court's opinions."

It was the second time in a week that Kagan appeared to put Gorsuch in his place as a newbie on the court.