Accessibility links
Almost 100 Days In, 'Trumpism' Is Still Not Clearly Defined Donald Trump is a man who's made a life out of branding. But as president, the brand is muddled — is he a protectionist looking out for the little guy or has he gone "mainstream"? 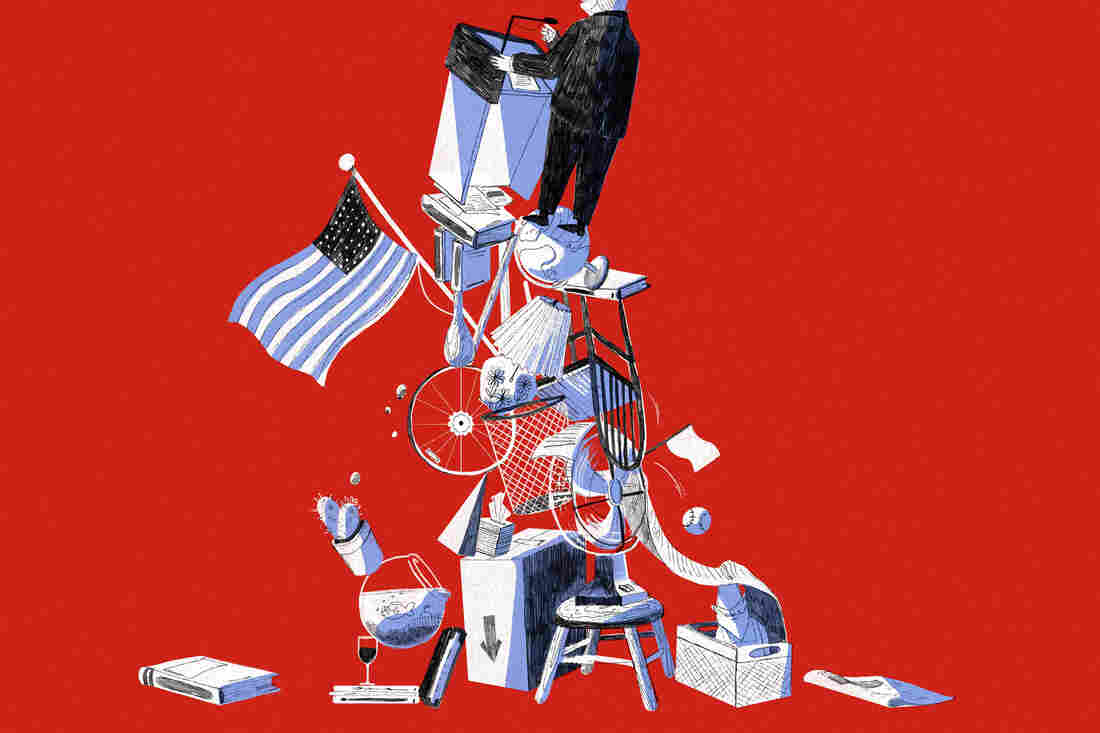 President Trump built up his ability to "Making America Great Again." But these first 100 days of his presidency haven't exactly made clear how he intends to do that. Chelsea Beck/NPR hide caption 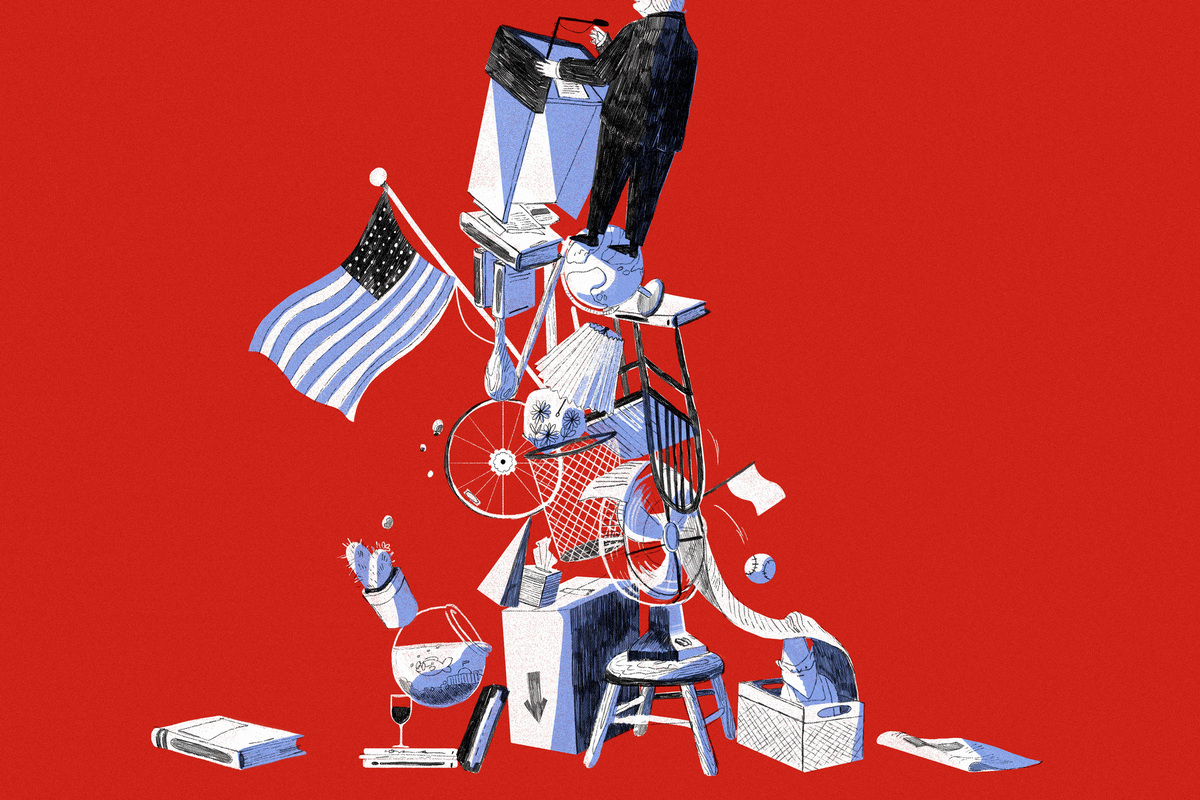 President Trump built up his ability to "Making America Great Again." But these first 100 days of his presidency haven't exactly made clear how he intends to do that.

His strategists said his brash "America First" approach would bust up the old party identities and remake the Republican Party as a true populist "Workers Party."

But it was never perfectly clear exactly how he planned to do that — 100 days into his administration, here are five thoughts on what we know so far about Trumpism:

1. The early debate about Trumpism (and what that means)

Trump was so new and different, there was tremendous interest on the part of historians, conservative intellectuals and political operatives from both parties in figuring out just what "Trumpism" was — or if it existed at all. Is there a consistent doctrine or an ideology that drives him?

During the campaign, there were two main theories about that — on the one hand, Trumpism was economic populism combined with social conservatism and a dash of isolationism — kind of an updated version of Republican Party ideology from the 1920s.

The second theory was that trying to define a coherent ideology that could be called Trumpism was a fool's errand. According to this theory, Trump really did not believe in anything, except endless confidence in himself. He would just show up, make decisions based on his own impulses and instincts and see what happened.

A hundred days into his presidency, and it's fair to say we really don't know which of those two interpretations is actually his approach to governance.

2. Trumpism is a moving target

On foreign policy, Trump is morphing into a more conventional Republican. His policy choices on China, NATO, Iran, the European Union and Syria have earned him praise from the bipartisan foreign-policy establishment he used to call "stupid."

On domestic policy, Trump is also moving away from his populist campaign rhetoric. He stocked his Cabinet with billionaires and CEOs. He's been tilting toward the Wall Street Wing of his White House staff and signing executive orders helpful to the big banks. He embraced an Obamacare replacement plan that was anything but populist — it would have raised the cost of health insurance for older, low-income voters (his base), and it would have cut entitlements — something Candidate Trump promised never to do. 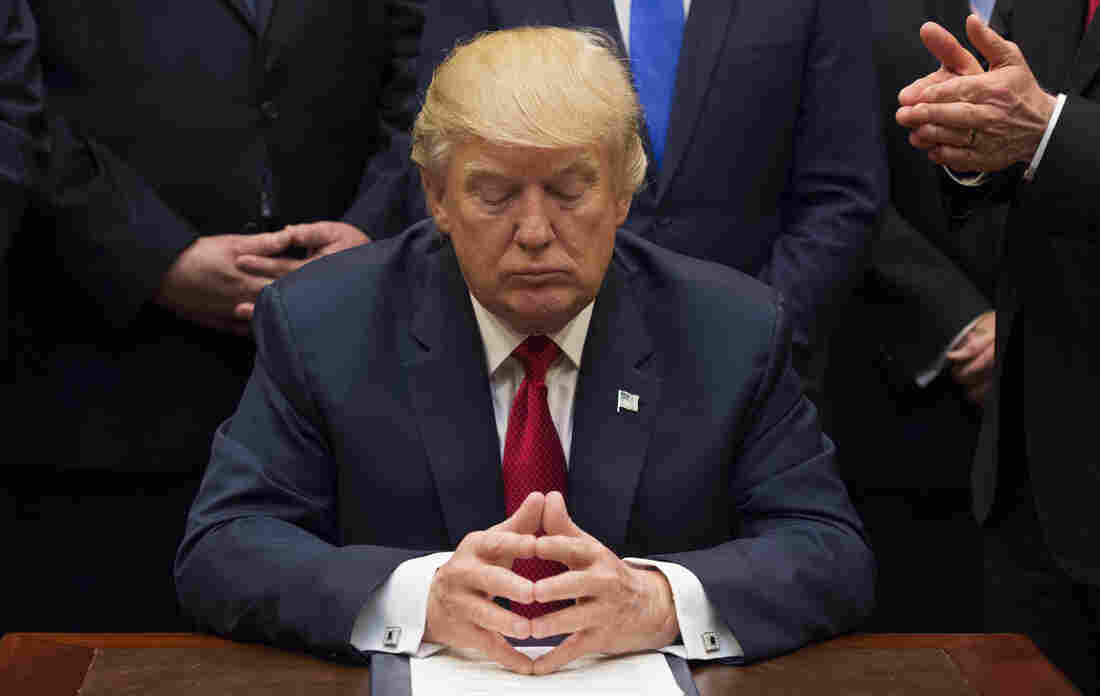 President Trump has left many scratching their heads on what kind of president he will be. His first 100 days as president offered conflicting messages. Molly Riley/Pool/Bloomberg via Getty Images hide caption 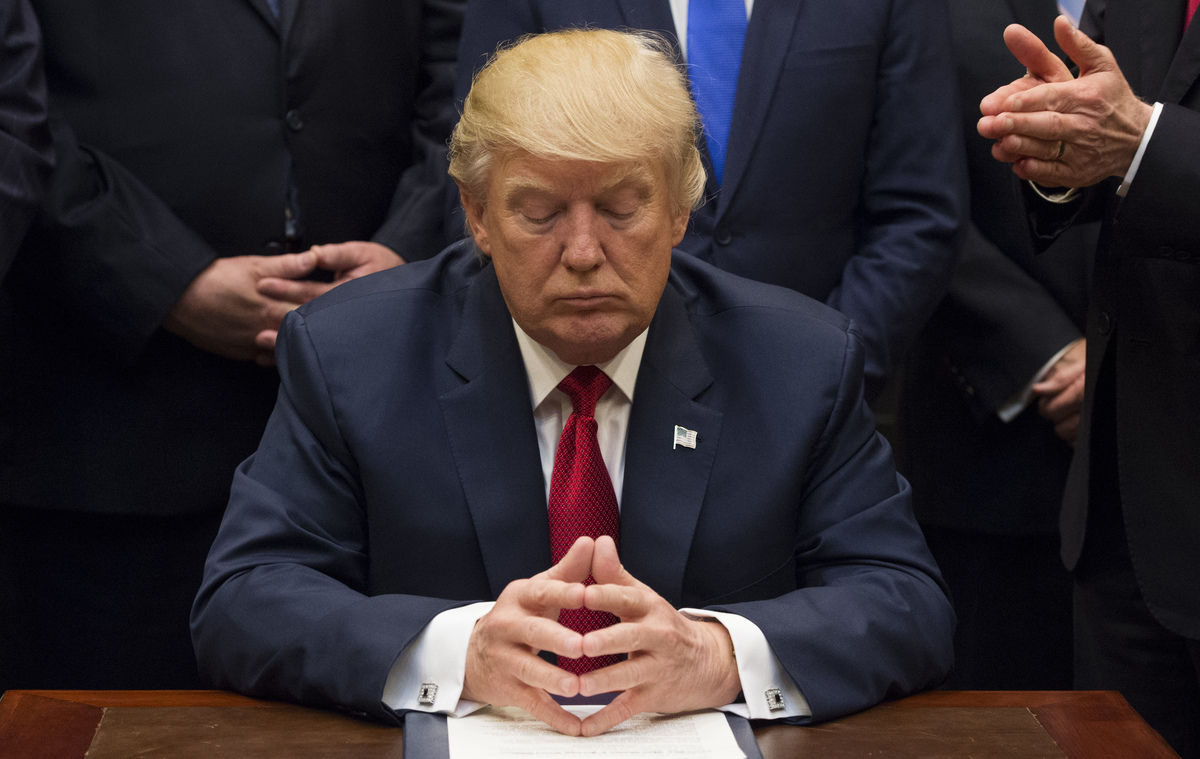 President Trump has left many scratching their heads on what kind of president he will be. His first 100 days as president offered conflicting messages.

3. There is no Trumpist Caucus in Congress

One of the problems President Trump has had turning his nationalist, populist, anti-establishment instincts into a coherent governing agenda is that there aren't a lot of Trumpists in Congress. Trumpism was more an attitude than a movement.

Even the House Freedom Caucus, which was swept into office by the same anti-establishment forces that helped elect Trump broke with him on the Obamacare bill.

4. Trumpism was always more of an attitude than a clearly defined movement

There may not be a base of Trumpist congressmen on Capitol Hill, but Trump does have a base. Those white, working-class voters may not care if Trump abandons his populist promises on the Export-Import Bank or Chinese currency manipulation, but they are paying careful attention to what Trump does on trade and immigration.

Those two issues were the way he connected with the white, working-class voters who fueled his rise. Even as he moderates elsewhere, on both trade and immigration, he's still moving forward very aggressively (in parts — he didn't tear up NAFTA) and very confrontationally, staying focused on the same economic and cultural anxieties he stoked during the campaign.

Already, Trump's message on immigration is being heard loud and clear. Without passing any laws, illegal border crossings have slowed, H1B1 visa applications are down, as are applications from foreign students to American universities. Even tourism to the U.S. is off.

5. What are the next tells for Trumpism?

Other issues will soon be putting Trumpism to the test. Next up (maybe) is a tax overhaul. On Wednesday, the president has vowed to announce his plan for massive tax cuts.

Every tax bill has winners and losers. And Trump's tax bill will tell us a lot about what Trumpism is. If at end of the day, the Wal-Mart shoppers feel like they've been screwed and that the Goldman Sachs people get more benefits out of the tax overhaul, Trump could lose support from his base.

So far, Trump's base has stayed loyal to him. That's good news for Trump. Polls show that his base voters are satisfied with his performance. The bad news is that he hasn't expanded his base at all — his approval ratings are at historic lows for a new president, and Trumpism remains a mystery.

Is Trumpism just a nativist version of what a Mitt Romney administration would look like?

Or is it up for grabs, waiting for the next impulsive decision of a president who prides himself on being transactional, flexible and unpredictable.