Accessibility links
Trump Vows To Confront Anti-Semitism In Speech At Holocaust Remembrance Ceremony President Trump said he "will always stand with the Jewish people." His administration has been criticized for its reaction to recent anti-Semitic attacks, among other controversies. 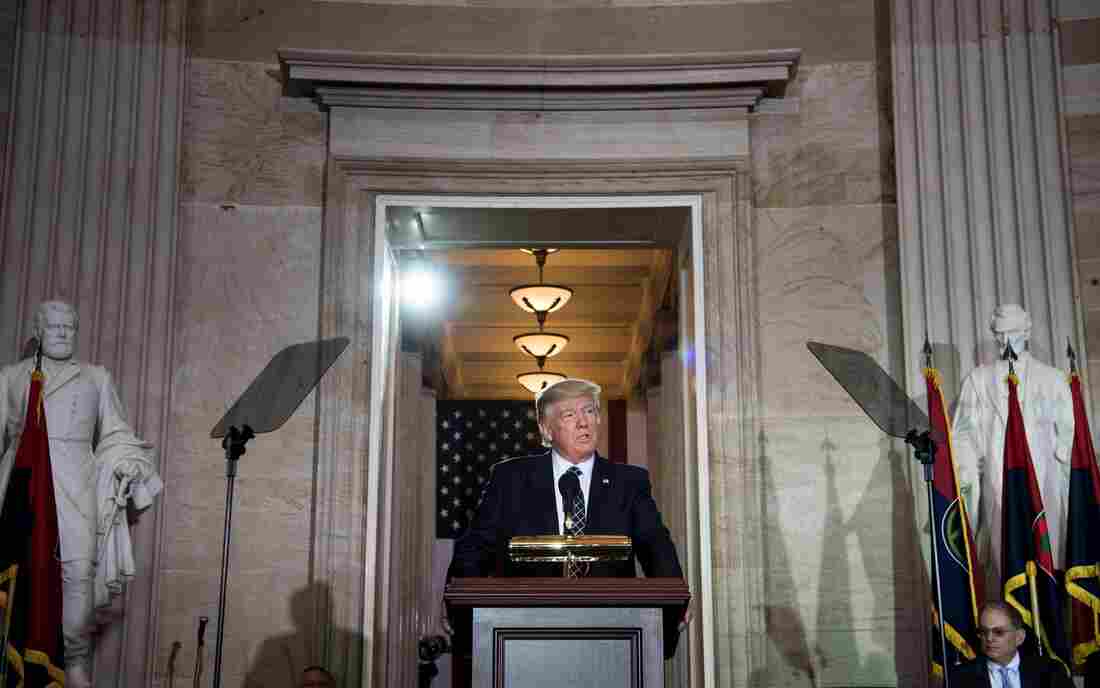 President Trump speaks during a Holocaust remembrance ceremony in the Rotunda of the U.S. Capitol on Tuesday. Brendan Smialowski/AFP/Getty Images hide caption 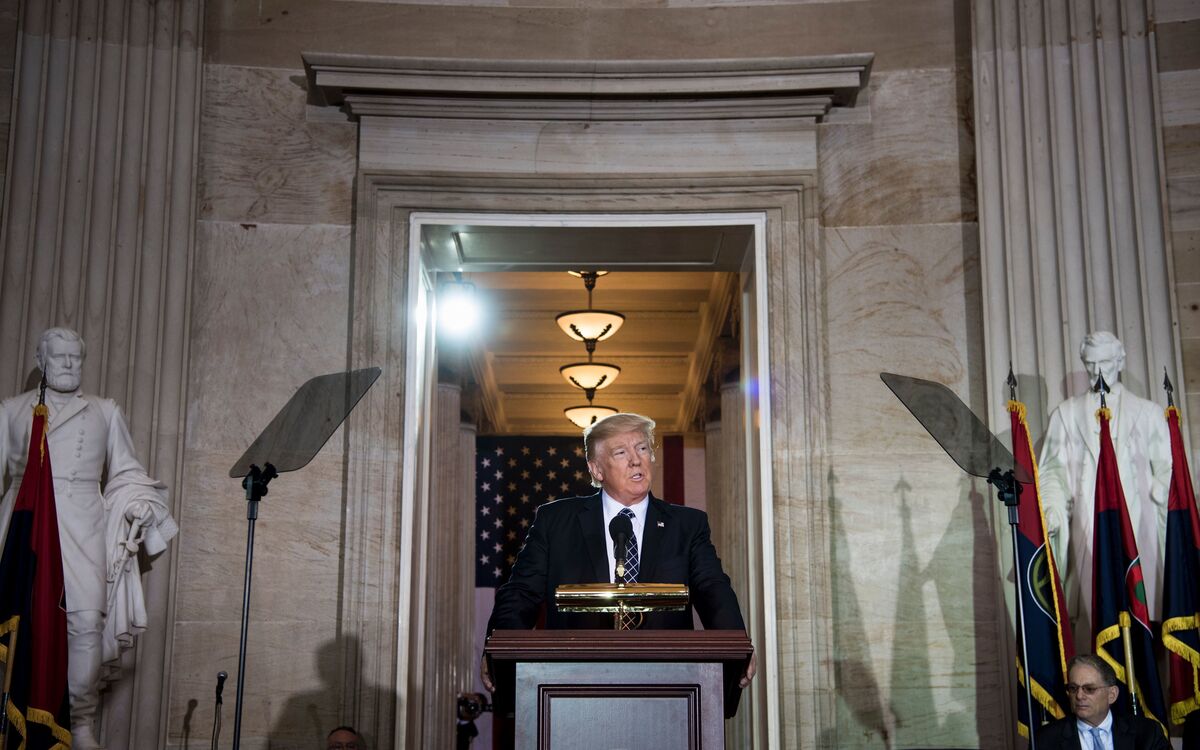 President Trump speaks during a Holocaust remembrance ceremony in the Rotunda of the U.S. Capitol on Tuesday.

President Trump pledged to "confront anti-Semitism" at a Holocaust remembrance ceremony on Tuesday. His remarks at the U.S. Capitol follow a number of controversies relating to anti-Semitism and his administration.

The week of remembrance has been observed in the U.S. since 1979, according to the museum. It notes that presidents have participated in the annual commemorations since the museum opened in 1993.

In Israel, Some Wonder Where The Outrage Is Over U.S. Anti-Semitic Acts

Anti-Semitic incidents are on the rise in the U.S., according to the Anti-Defamation League. The Jewish advocacy organization has recorded an 86 percent spike in attacks on Jews and Jewish institutions so far in 2017, as NPR reported on Monday. Globally, a Tel Aviv University report finds, such attacks fell 12 percent in 2016.

Allegations of anti-Semitism and insensitivity have plagued the Trump team, going back to the campaign:

In his remarks on Tuesday, Trump said, "Those who deny the Holocaust are an accomplice to this horrible evil. And we'll never be silent — we just won't — we will never, ever be silent in the face of evil again."

He condemned anti-Semitic attacks and pledged: "We will confront anti-Semitism. We will stamp out prejudice. We will condemn hatred. We will bear witness. And we will act."