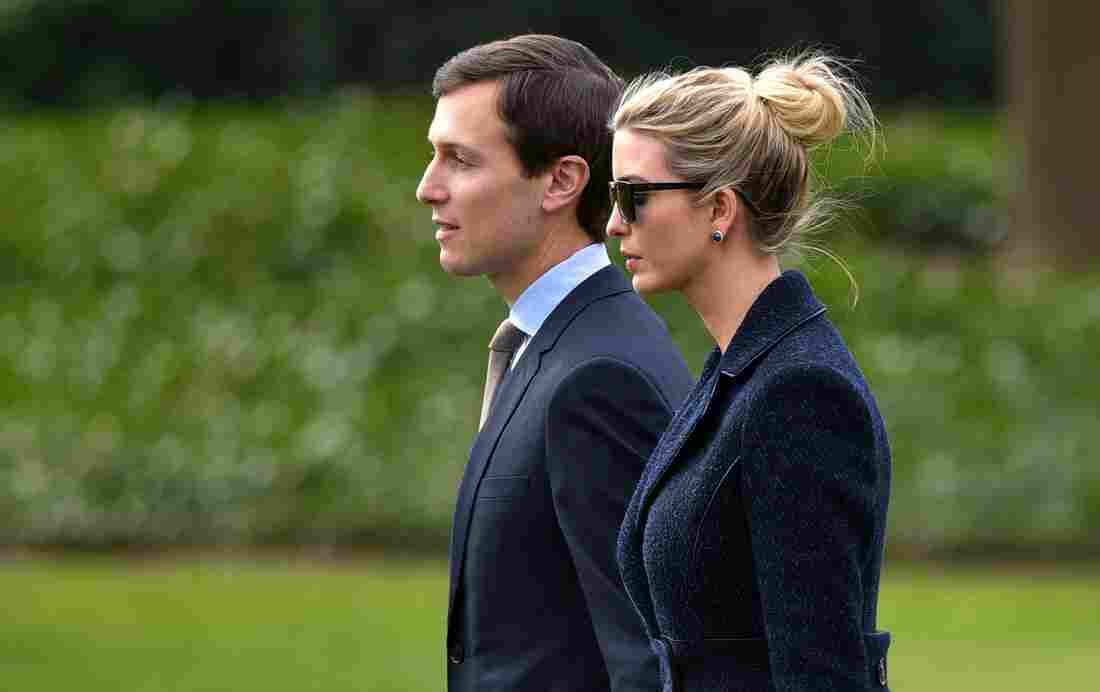 White House senior adviser Jared Kushner and his wife, Ivanka Trump, walk toward Marine One at the White House on March 3. A watchdog group says that Kushner should recuse himself from certain duties since he is President Trump's son-in-law and has potentially conflicting business ties. Mandel Ngan/AFP/Getty Images hide caption 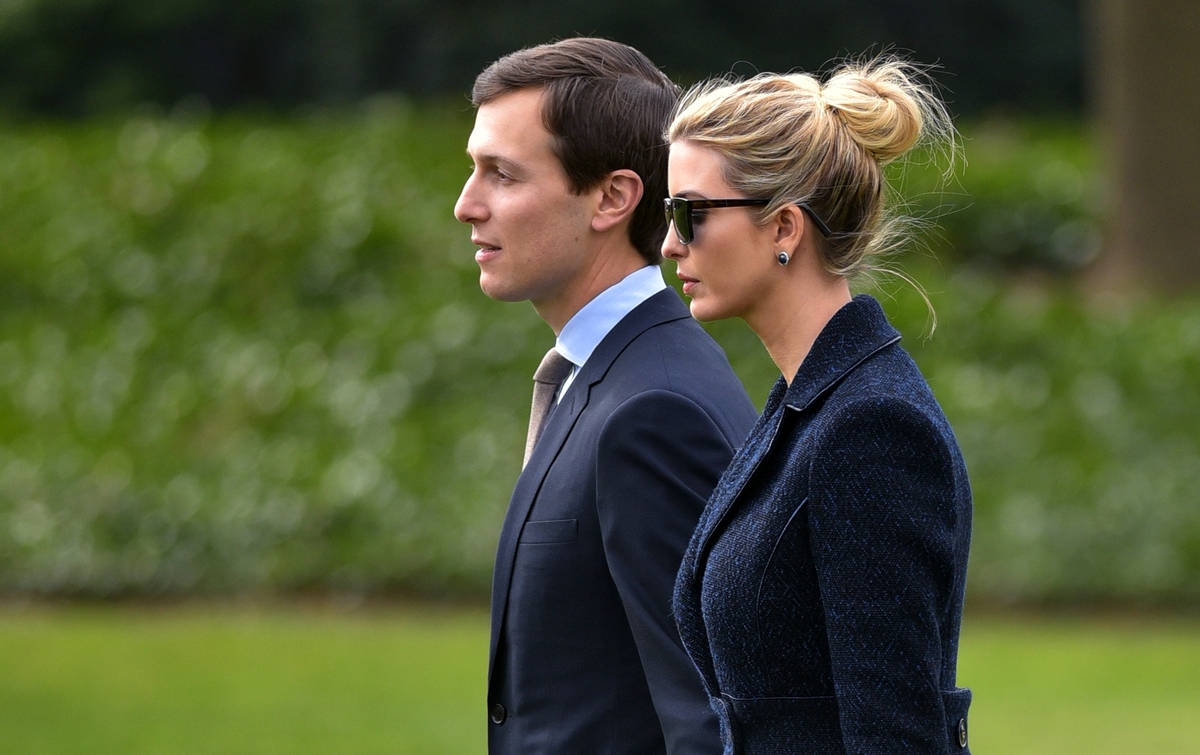 White House senior adviser Jared Kushner and his wife, Ivanka Trump, walk toward Marine One at the White House on March 3. A watchdog group says that Kushner should recuse himself from certain duties since he is President Trump's son-in-law and has potentially conflicting business ties.

A liberal watchdog group says Jared Kushner, who is both President Trump's son-in-law and an adviser with far-reaching duties, should recuse himself from working on a sweeping array of tax, financial and foreign policy issues.

In a letter to Kushner, Democracy 21 President Fred Wertheimer writes that Kushner brings to the White House an unprecedented mix of official responsibilities and personal business interests. Kushner is married to President Trump's daughter Ivanka.

"Given the unique role that you are playing with President Trump," Wertheimer writes, "there is no way for the public to know which policy matters you are discussing with the President and how they relate to your family business holdings."

Washington lawyer Jamie Gorelick, representing Kushner, said she will review the letter. She answered Wertheimer's analysis with a statement: "Mr. Kushner has consistently said that he would follow government ethics requirements, including by recusing from particular matters consistent with the conflict-of-interest and impartiality rules."

Over the winter, Gorelick guided Kushner and Ivanka Trump through five divestitures, for each of them and their three children. Their wealth is estimated to be as high as $740 million, including Ivanka Trump's international fashion business and her stake in the Trump International Hotel near the White House.

While President Trump is officially exempt from the federal conflict-of-interest laws, his daughter and son-in-law are federal employees with no exemption. The laws include criminal penalties.

By Democracy 21's analysis, Kushner faces two huge conflict-of-interest hurdles — one legal, the other an issue of public perception.

The legal hurdle involves China, because foreign business interests there are controlled by the Chinese government. The federal conflict-of-interest laws cover not only Kushner's own holdings but also his spouse's holdings — in this case, trademarks and other business activities in China.

The public perception issue sweeps in all of Kushner's duties in the Trump administration. As senior adviser, he gives Trump confidential advice. He also heads up a new White House Office of American Innovation, created to reorganize the federal government, and has other responsibilities including veterans care, opioids, China, Canada, Mexico, the Middle East and solving the Israel-Palestinian conflict.

The letter concludes that Kushner should recuse himself from involvement in tax, real estate, trade, banking and financial services matters, along with everything involving China and other countries where Ivanka Trump's merchandise is marketed.

Wertheimer writes that complying with a strict interpretation of the conflict-of-interest laws, as Kushner has pledged to do, isn't enough. He contends Americans have a right to know that "you are not using your unique role in the Trump administration for personal gain."