Accessibility links
Trump Names Retired Marine Corps General To Lead Secret Service Randolph Alles is currently at Customs And Border Protection. He will take over an agency stretched thin and beset by poor morale and other issues. 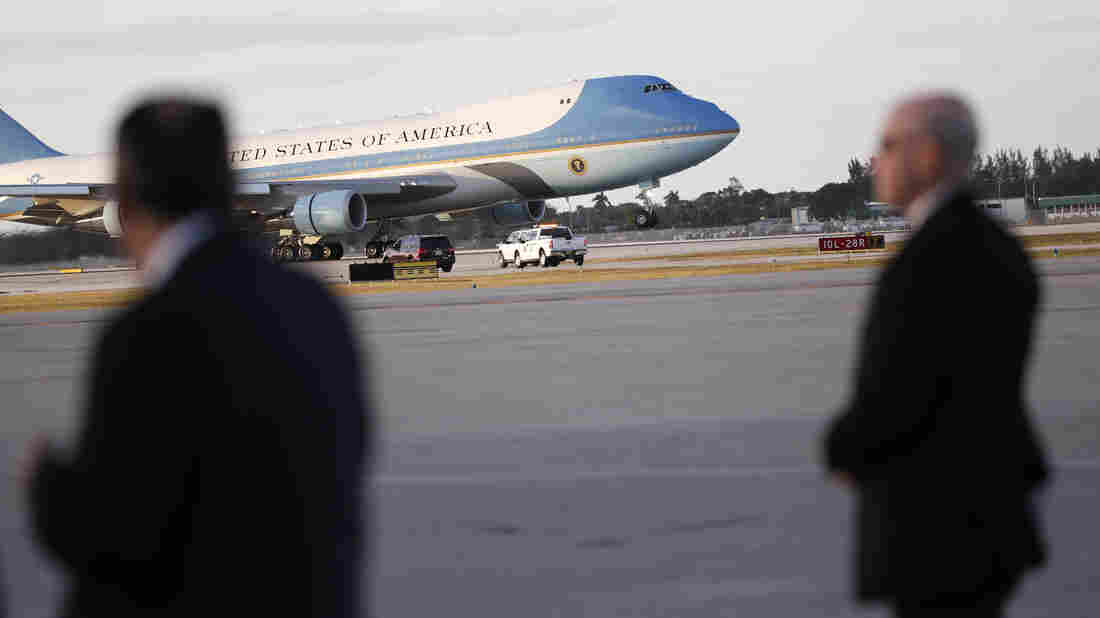 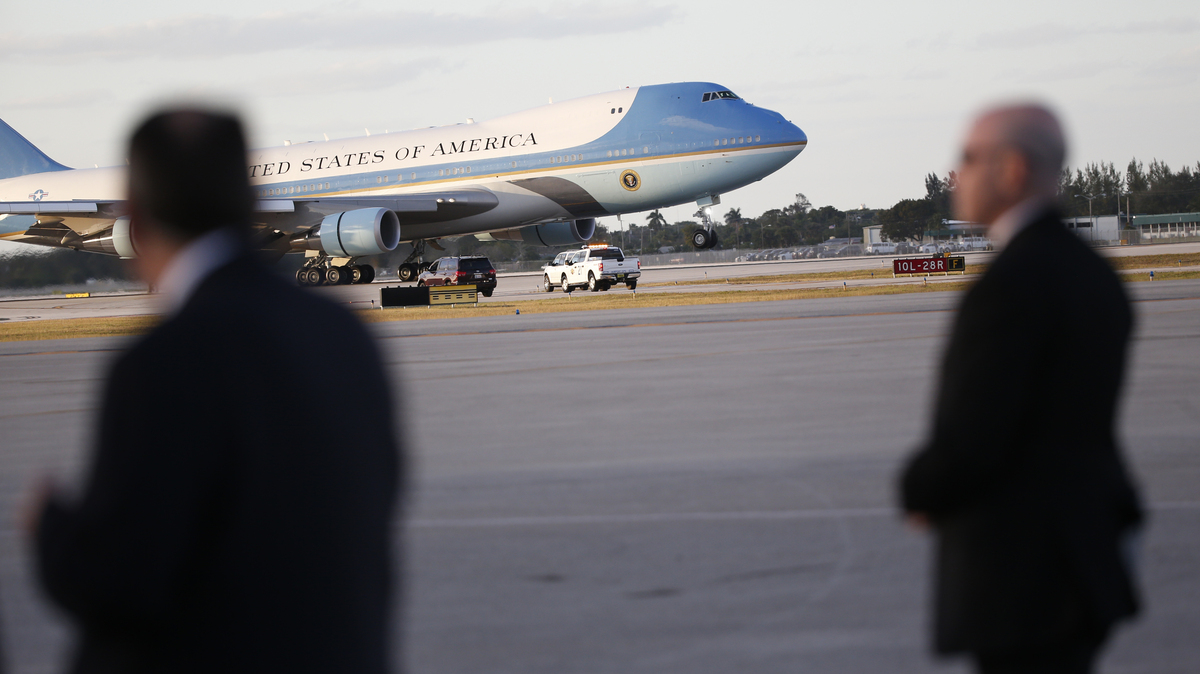 U.S. Secret Service agents stand on the tarmac as Air Force One lands in West Palm Beach, Fla., in February.

President Trump has chosen Randolph "Tex" Alles to lead the U.S. Secret Service, turning to an outsider to head the beleaguered agency tasked with protecting the president and his family. 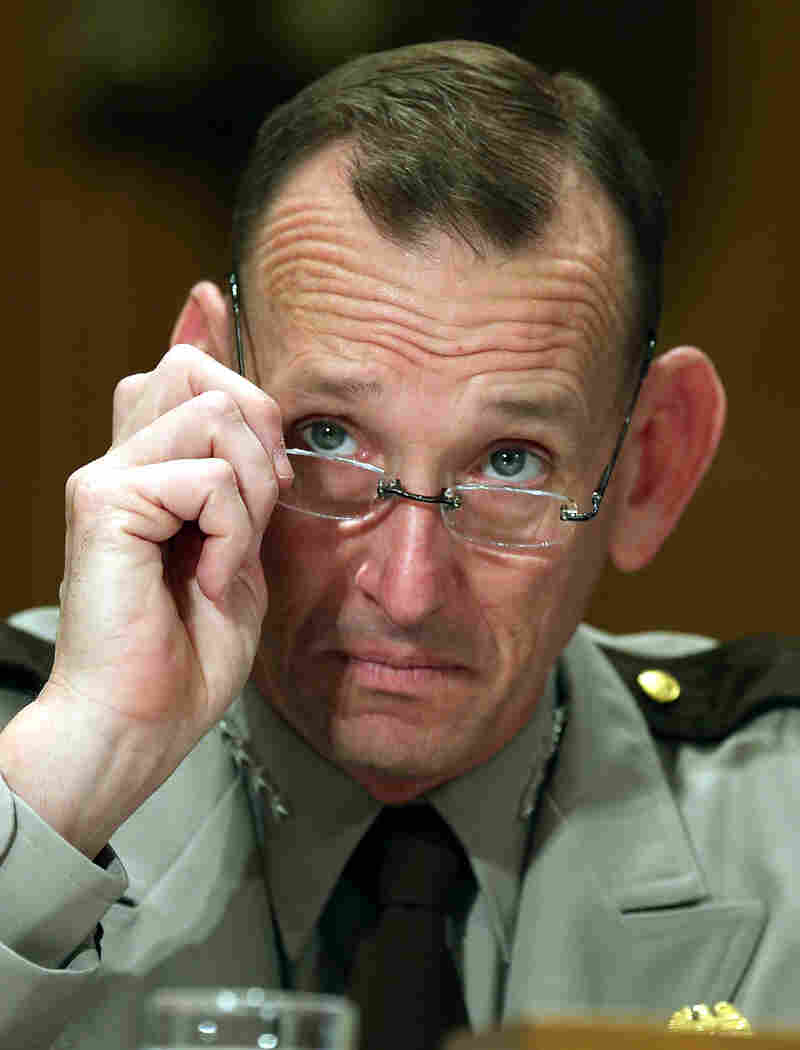 A retired Marine Corps general, Alles is currently acting deputy commissioner of customs and border protection. He is the first Secret Service director in recent history not to come from within the ranks — a step many congressional critics have said is necessary to remake the service's culture.

The Secret Service faces an array of challenges. Most recently, its budget has been stretched this year as it watches over a president who travels between several residences, in addition to protecting his immediate family, which oversees a worldwide business. And first lady Melania Trump has remained in New York City while the couple's son, Barron, finishes school.

And there have also been persistent problems guarding the White House, with the most recent coming when a man scaled the fence and wandered the White House grounds for some 17 minutes before being apprehended. That resulted in the firing of two uniformed officers.

The Secret Service has ranked among the lowest of all federal agencies in terms of employee morale, and the conduct of some of its agents has raised eyebrows and led to disciplinary actions and retirements.

The appointment, which does not require Senate confirmation, was welcomed by key members of Congress, including House Oversight Committee Chairman Jason Chaffetz, R-Utah.

"Appointing a director from the outside adds a necessary new perspective and fresh approach to their zero-fail mission," Chaffetz said in a statement. "I look forward to working with General Alles in continuing to implement recommendations put forth in our bipartisan Committee report."

That report called for structural changes at the agency, as well as the appointment of a director from outside the ranks. Mississippi Rep. Bennie Thompson, the top Democrat on the House Homeland Security Committee, said he hopes Alles can "continue to bring needed to reform to the Secret Service that began in the previous administration."

Alles will take over from Acting Director William Callahan, who stepped into the post following the retirement of Joseph Clancy last month.