Accessibility links
Book Review: 'Maud,' By Melanie Fishbane Lucy Maud Montgomery — creator of Anne of Green Gables — seems like the perfect subject for a work of young adult fiction. But Melanie Fishbane's Maud feels like a draft of a Montgomery story.

'Maud' Doesn't Quite Live Up To Its Heroine's Example

'Maud' Doesn't Quite Live Up To Its Heroine's Example 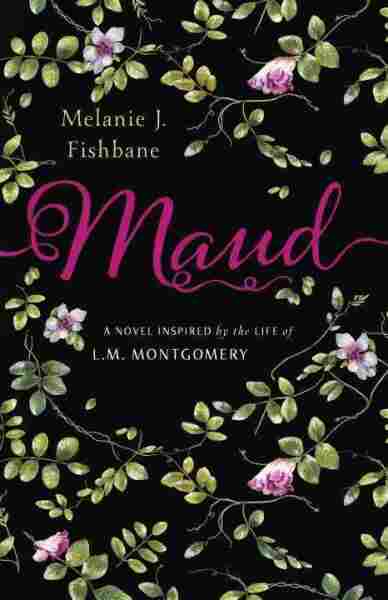 Before "fandom" was even a word, women were making pilgrimages to Prince Edward Island to pay homage to a certain red-haired orphan girl named Anne. There's such an industry built up around Anne of Green Gables that it's sort of surprising there aren't dozens of novels about her creator, L.M. Montgomery. In many ways, she's the perfect heroine for a work of young adult historical fiction — she was a girl born ahead of her time, full of potential and possessed of a deep longing for love and creative success.

In Maud, we meet her as a young teen. She has just returned to Cavendish, P.E.I., where she grew up in the care of her grandparents. Her temporary exile — an effort to strong-arm her into being a more proper young lady — has come to an end, and now she must rebuild the trust of her grandparents and reconnect with her close circle of friends.

With her mother dead and her father out West, Maud has always felt unwanted and unloved. Her solace is the adoration of her close friends and the stories and poems she writes in her journal. More than anything, she longs to go to college and become a writer, but her grandparents don't approve.

Romantic entanglements begin to complicate her friendships, and then, at long last, her father sends for her to join him. A journey across Canada to Prince Albert, Saskatchewan begins as an adventure, but Maud soon discovers that the loving home she'd been hoping for will remain elusive. So she turns once again to friendship, and most of all, to the stories growing in her heart.

It's tricky to turn a person's real life into fiction, and the first part of Maud suffers a little from the push and pull of creating a satisfying narrative while staying true to facts. In particular, the interplay of Maud's circle of friends feels a little clumsy. I understand that much of the story is drawn from Montgomery's journals and other documents, but it ends up feeling like a draft of the small-town drama that Montgomery refined in her own fiction. She had a true gift for distilling characters and putting them into well-orchestrated conflicts with each other, and Maud can't quite compare.

It makes sense that things truly come to life when Maud departs for Saskatchewan. This is the period in Montgomery's life where she moved from writing in her journal to writing published works, and Maud becomes much more intriguing as a character as we see her discovering a new place and all the new people in it. It is easy to feel Maud's isolation, her crushed hopes, and her excitement as she forms new bonds.

As a lifelong fan of Montgomery's work, it's impossible to avoid coming to 'Maud' with the hope that it will feel like one of her own stories ... I recommend leaving your expectations at the door.

The real Montgomery was somewhat fickle and even tragic in her romantic entanglements, and the way this is portrayed in Maud feels very true to life. In most YA fiction, the romance that is established is assumed to be completely pure, mutual, and long-lasting. It's very refreshing to see Maud struggle to define her feelings like a real person would — especially in historical fiction, which still frequently ends with an engagement or marriage.

As a lifelong fan of Montgomery's work, it's impossible to avoid coming to Maud with the hope that it will feel like one of her own stories. And while it has all the same trappings, I recommend leaving your expectations at the door. Real life will never come with the narrative satisfaction of a novel, and Maud feels complicated and more than a little melancholy when compared too closely to Montgomery's own works of fiction. Her life, while full of tremendous creative success and accomplishment, was deeply tragic on a personal level, and even though Maud leaves us on a hopeful note, it's impossible not to long for Anne's happily-ever-after. Ultimately, Montgomery already wrote the story of her life, but she wrapped it up in a thousand layers of fiction that manage to tell a better truth.