Accessibility links
Ohio Gov. John Kasich's Book, 'Two Paths,' Explores State Of Political Discourse Kasich describes his presidential run and the state of political discourse in his memoir, Two Paths: America Divided or United. "We all need to live a life a little bigger than ourselves," he says. 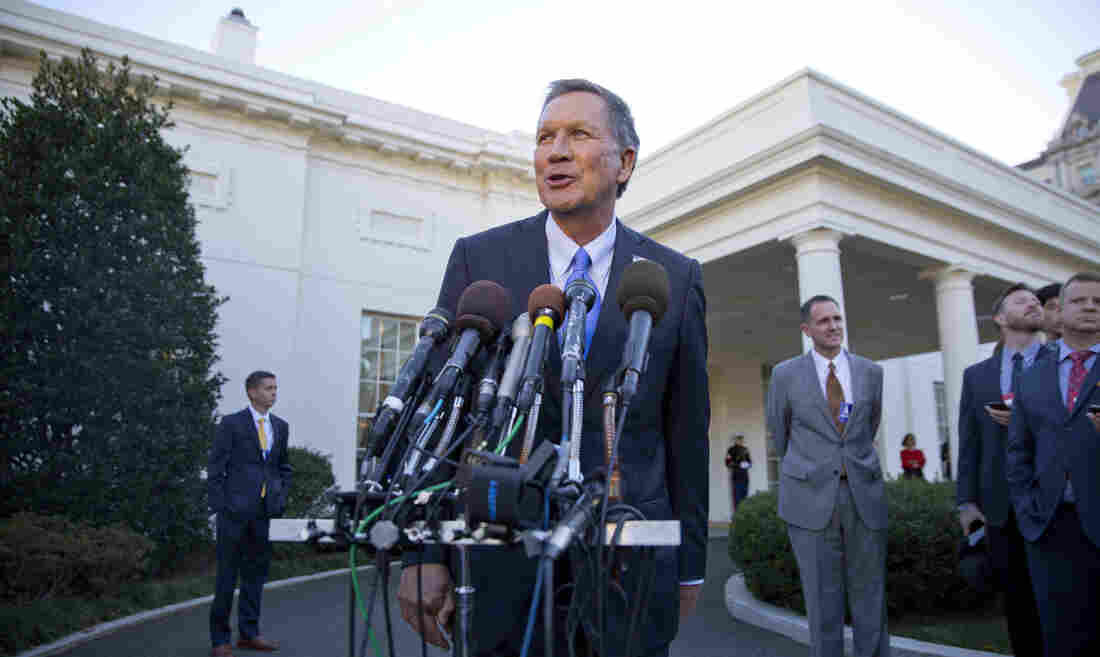 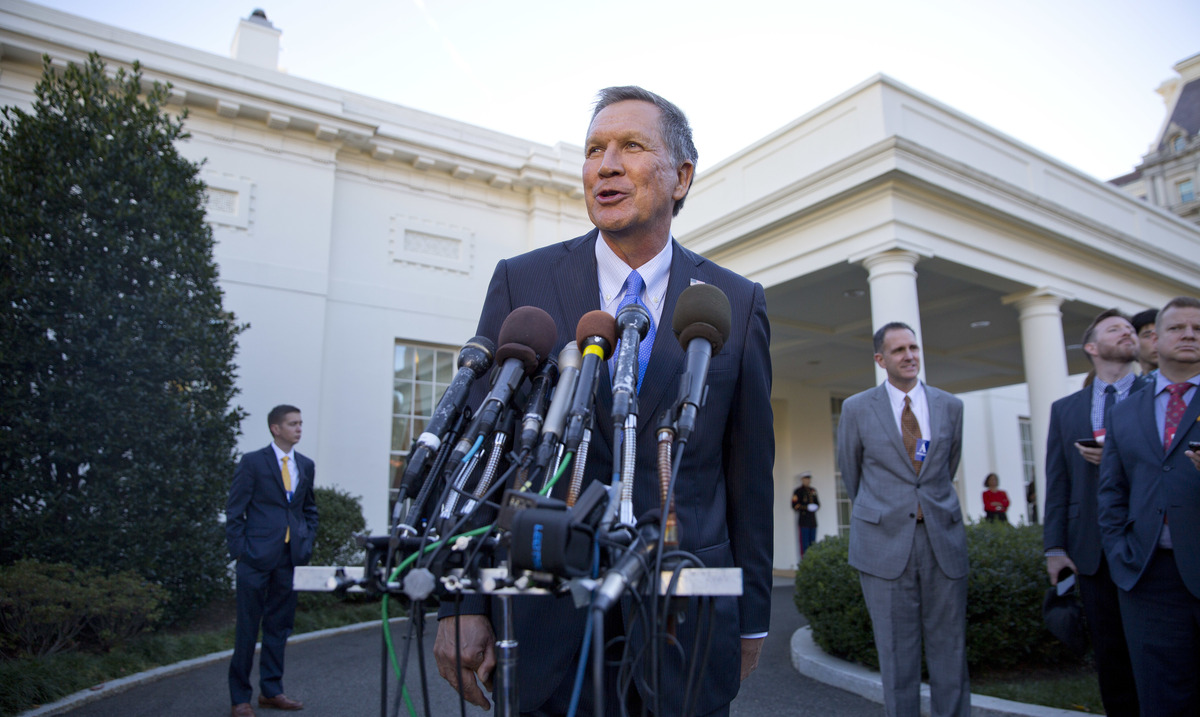 Ohio Gov. John Kasich, seen here outside the West Wing of the White House on Nov. 10, has a new memoir, Two Paths: America Divided or United.

Ohio Gov. John Kasich says the discourse that came out during the 2016 presidential campaign was beyond what he could have imagined, and he still doesn't understand how politicians got away with it.

He was shocked by "the kind of rhetoric and the negativity and the put-downs and the kind of acid that was being spilled out there in the public dialogue," Kasich tells NPR's David Greene. "In my job, you make one of those statements and you're dead, you know? But it seemed like none of this ever mattered. And I just couldn't believe that people could survive it." 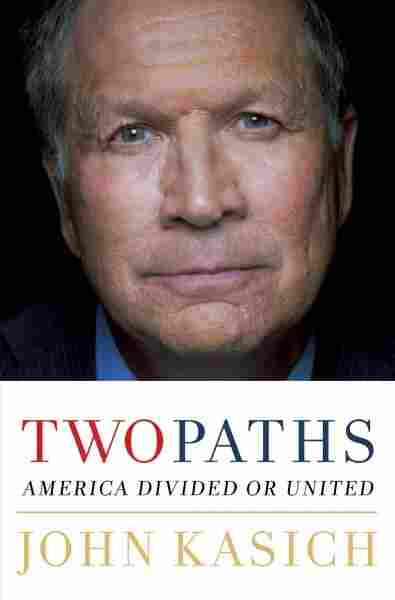 by John Kasich and Daniel Paisner

Kasich, who has a new memoir about his presidential bid and the state of political discourse called Two Paths: America Divided or United, sees a tendency toward "self-absorption" as he looks out into the country.

"I think you can judge a country by how often people rise above only self-absorption to being concerned about somebody else. I think we all need to live a life a little bigger than ourselves," he says.

Making that change needs to "come from where we live to the top," he says, "because I don't think politicians are going to get this right."

Kasich says he has "no interest" in thinking about the next presidential election and that "it is very unlikely that I will ever seek public office again." But, he adds, "I'm not going to quiet my voice. My voice is going to be out there as long as the public will listen to me and as long as I have a platform to speak."

A leader needs to show you how they're going to take you to a better place. And once they create that, then the followers are critical. If the leader gets off track, then I think followers have a responsibility to speak out on that. ...

When people become unsettled in their economic circumstances, when they worry about their families ... if somebody starts telling them, "Well, the reason you're in this situation is cause somebody else ripped you off or took advantage of you," you just make people more depressed. And what I believe ... is that you have to recognize the serious problems. I mean, I lived in a community where people struggled, but you can give them a sense of hope.

On paying attention to "people who are hurting"

On why he became a Republican

I've always felt that Republicans did not represent rules and bureaucracy that would tangle me up. So I really believe that government as a last resort but sometimes very necessary. Now, I want to continue to push that brand of conservatism that I believe in and hopefully be able to influence where, not only my party is going, but also where the country is going. ... Well I'm, I'm not happy with some of the things [coming from my party]. I'm a free-trader. I am concerned about the environment. I do believe in renewables. I'm very concerned about the rising level of debt ... immigration. I'm pro-immigration. The idea that we would send ICE agents around the country to, you know, interview people and maybe yank them out of their homes — I'm totally opposed to that. So I think, you know, the party is trying to figure out where it's going, and the Democratic Party to me is equally lost or even more lost. And I also happen to think that the political parties are becoming less and less relevant to young people.