Accessibility links
The Legacy Of The Jazz Epistles, South Africa's Short-Lived But Historic Group Hugh Masekela and Abdullah Ibrahim, two of the biggest stars to emerge from South Africa, achieved success independently. But the two are cosmically linked by a single 1960 recording session.

The Legacy Of The Jazz Epistles, South Africa's Short-Lived But Historic Group

The Legacy Of The Jazz Epistles, South Africa's Short-Lived But Historic Group 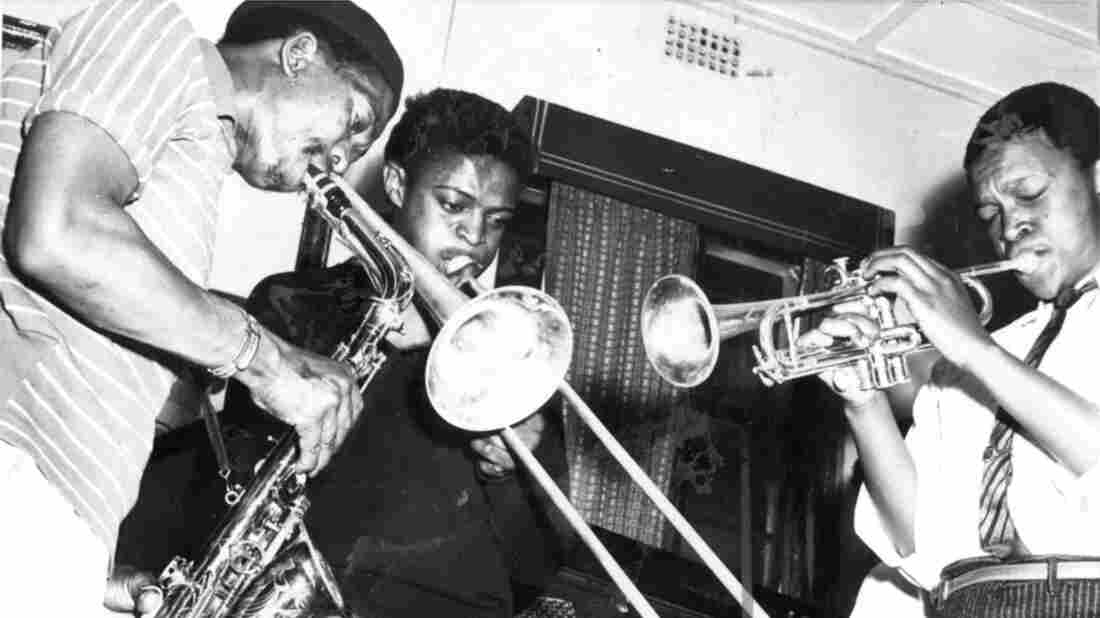 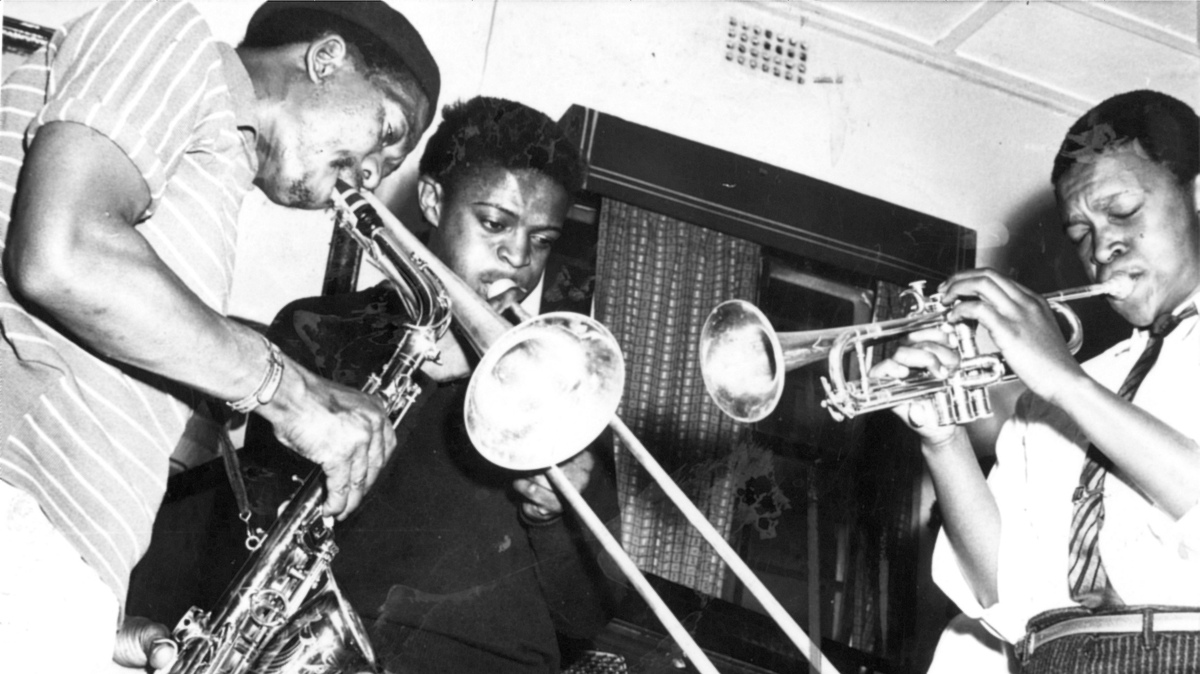 Hugh Masekela was an up-and-coming trumpeter, all of 20, when he took an overnight train from Johannesburg to Cape Town to meet a pianist everyone was talking about in South Africa: Abdullah Ibrahim, then known as Dollar Brand.

Ibrahim, 25 at the time, was the forward-thinking figure needed to complete South Africa's greatest bebop band of all time, The Jazz Epistles. On the morning that Masekela arrived at the Ambassadors club in Cape Town with two other formidable South African jazz players — Kippie Moeketsi on alto saxophone and Jonas Gwangwa on trombone — there were no arrangements for accommodation. Rehearsals started anyway, and for the first few nights, the three musicians slept on mattresses on the floor in the back of the club. 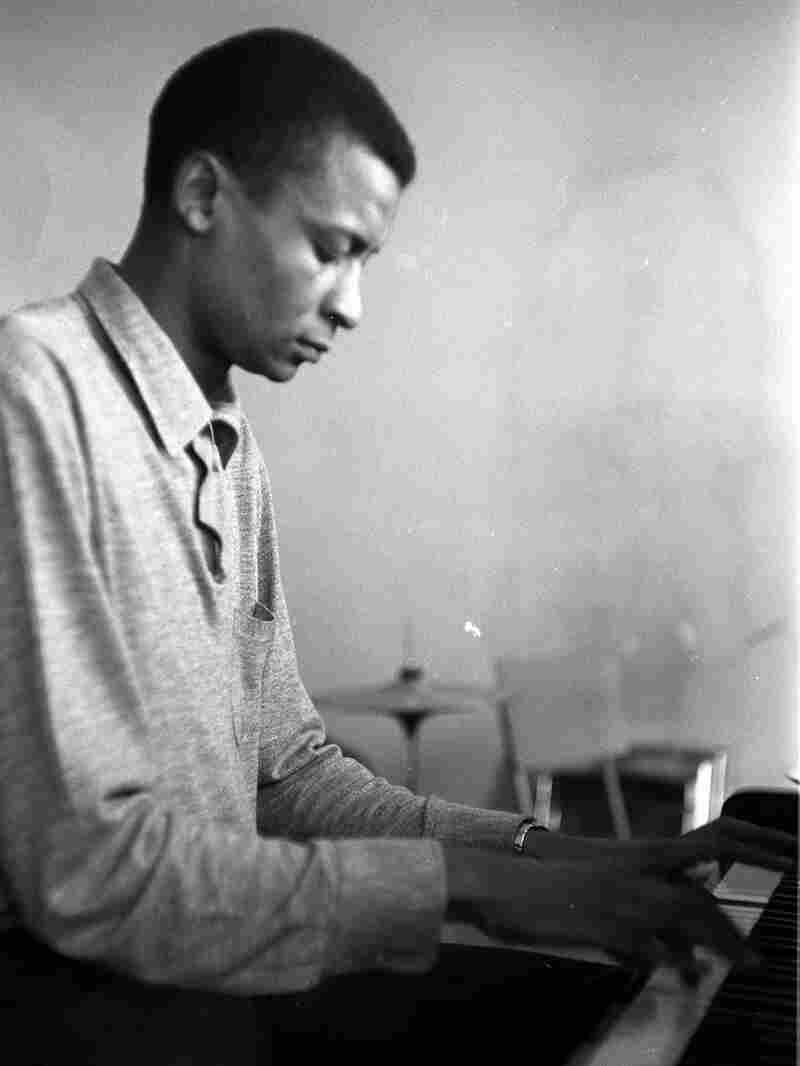 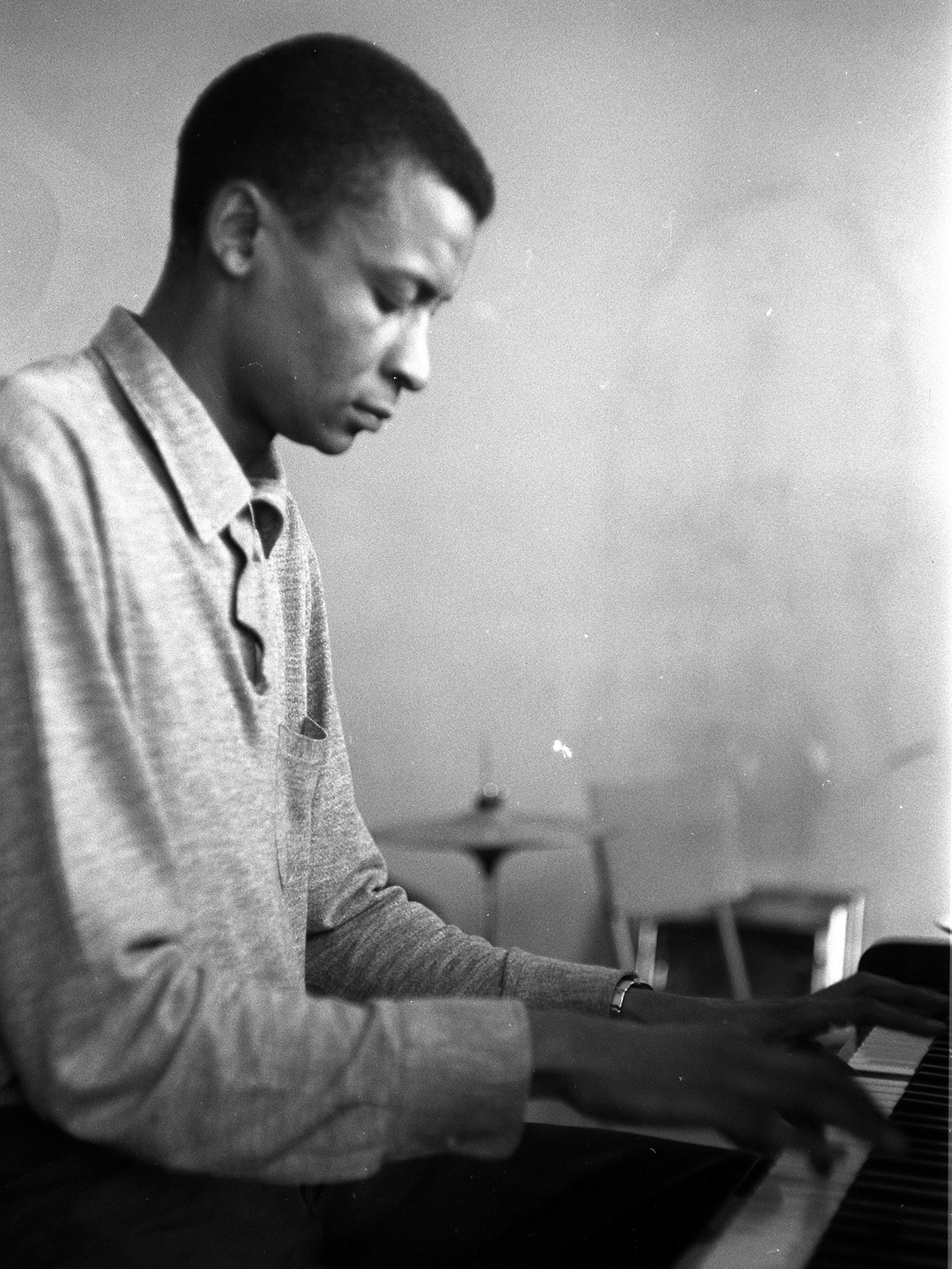 Abdullah Ibrahim (formerly known as Dollar Brand) before he left South Africa in 1959.

"There had never been a group like the Epistles in South Africa," Masekela writes in his 2004 biography, Still Grazing: The Musical Journey of Hugh Masekela. "Our tireless energy, complex arrangements, tight ensemble play, languid slow ballads, and heart-melting, hymn-like dirges won us a following and soon we were breaking all attendance records in Cape Town. People would sit on the floor and around the edge of the bandstand at the Ambassadors when all the seats were filled."

The story of The Jazz Epistles may be deeply engraved in South African cultural history, and perhaps even celebrated throughout the African continent, but for whatever reason this music and narrative never made it to the United States, even among the jazz intelligentsia.

"This story hasn't been told because it's a hidden history," says Dr. Sazi Dlamini, an ethnomusicologist at the University of Kwazulu-Natal. "It's waiting to be told. It can be told from so many angles. And it would take a really very focused research and attention to be able to tell it in its entirety."

What it comes down to is this: Two of the greatest jazz legends of our time once played in a band featuring the top South African jazz musicians — all of them black — and were able to record one session together before the country's brutally racist apartheid government forced them into exile. One recording was made, and with only 500 copies printed, it became a sort of Holy Grail. Then this remarkably fresh and modern recording from 1960 was buried, and almost lost forever.

During this period, South Africa's white nationalists in power were in the process of installing apartheid, one of the cruelest human experiments in modern history. They didn't think too fondly of jazz. In fact, jazz was so forbidden that it spawned secret jazz listening parties, where people would travel long distances to hear, say, the latest Miles Davis recording. Jazz symbolized what the white nationalist government feared most: the social mixing of racial groups.

"At a time when apartheid itself was very backward looking," says Ansell, "you had a collection of black musicians who were saying very defiantly: 'We are here, we are modern-city people. There is no way you are going to exclude us from modern life.' And that is the beautiful undertone in that music. Basically for the apartheid regime, this very kind of modern, non-tribal urban music was something they couldn't cope with. It didn't fit in to their perception of what Africans should be doing."

Ibrahim, in a recent interview with Siddartha Mitter, put it this way: "The key was we had to play our own original music. And Kippie was the driving force saying that this was an affirmation of our culture and tradition. Some of the songs, he injected some of the traditional, dance music and integrated it in his composition."

Moekesti also wasn't afraid to acknowledge the oppressive legacy of apartheid in his music — as in "Scullery Department," a brilliant original on Jazz Epistle Verse 1. "What Kippie Moeketsi was doing was describing the situation of musicians who were good enough to play for white patrons in a restaurant, but were only allowed to eat and sit in the scullery, in the back kitchen," Ansell says.

Abdullah Ibrahim and Hugh Masekela managed not only to escape South Africa in exile, but also to pave two awe-inspiring career paths. They achieved their stature independently from each other, but have been cosmically linked as worldwide symbols in the Pan-African resistance movement.

After being discovered in Zurich by Duke Ellington, and then signed to Frank Sinatra's Reprise label, Ibrahim fast achieved global recognition. He went on to create an impressive discography that mostly featured his original compositions. Some of these, like "Mannenberg," became popular anti-apartheid anthems.

Now 82, Ibrahim cuts an almost monk-like figure, with each new recording more focused then the last. Over the years, his music with the chamber ensemble Ekaya has only become quieter and more introspective, a far whisper from what he originally sounded like with the Jazz Epistles.

When Masekela found exile in the United States, he also seemed destined for success. He formed an early friendship with the politically active folksinger Harry Belafonte, and then made two early smash hits: "Up, Up and Away" (1967) and "Grazing in the Grass," each of which sold millions of units. (In the States, "Grazing" was a No. 1 single.)

In a marked contrast to Ibrahim's subdued approach to music and activism, Masekela succeeded with a brash and extroverted signature. His path to stardom involved musical alliances with pop stars like Paul Simon, notably on a 70th birthday concert for Nelson Mandela at Wembley Stadium, viewed by hundreds of millions worldwide. Many of Masekela's massively successful protest songs, like "Stimela (Coal Train)" and "Bring Him Back Home," are still in his repertory today.

The aesthetic and personal differences between Ibrahim and Masekela could hardly be more pronounced. These differences help explain why these two have barely played together in half a century. Over the years I've interviewed both artists multiple times, always bringing up the prospect of a Jazz Epistles reunion. Ibrahim, Masekela and Gwangwa shared a stage last year in Johannesburg, but I wanted to bring these artists together for a concert audience in the United States.

That dream came tantalizingly close to a reality this week, with a program taking place on Thursday, April 27 — Freedom Day — at The Town Hall in New York. Presented by the Town Hall and Le Poisson Rouge in partnership with WBGO and South Africa Tourism, this was conceived and originally billed as a reunion of the Jazz Epistles — the first concert to feature both Masekela and Ibrahim in more than five decades.

But just days before his trip to New York City, which would have kicked off a statewide tour of the reunion band, Masekela experienced further complications from a recent fall in Morocco, dislocating his shoulder. He released a video expressing his regrets, along with his hope to join Ibrahim and be back on the road in a few months.

Fortunately, we were able to make some last-minute additions to the concert, notably the formidable vocalist Dorothy Masuka, who will perform with a quartet featuring bassist Bakithi Khumalo. Masuka, a dear friend of the late Mama Africa, Mariam Makeba, as well as a close associate of Masekela, was also a South African freedom fighter forced into exile.

She's one of the first openly feminist South African singers, and claims authorship of Makeba's most famous composition, "Pata Pata" — a song that directly calls out physical sexual harassment against women. She was also blacklisted by South Africa's notorious government agency, The Special Branch, for her anti-apartheid songs, including "Dr. Malan," which minced few words, and drew the attention of government censors. She will hopefully be playing both of those compositions in concert.

Meanwhile, standing in for Masekela is the young South African trumpeter Lesedi Ntsane, who says: "This concert is very special to me. The Jazz Epistles are legendary. They are the blood of the soil. We all grew up on them. They gave us life and this is historic."

Even without the realization of a Jazz Epistles reunion, Thursday's concert rings of the present moment. South Africa's "Fees Must Fall" movement and our own #BlackLivesMatter protests are both engaged in a battle against social injustice and the capitalist institutions that preserve them. It's freedom fighters like Ibrahim and Masekela who first planted these seeds, gracefully addressing racism and social injustice as a global problem, and linking them together from opposite parts of the world.

Jazz Night In America and WBGO's The Checkout will capture this concert in audio and video, for a future program.

Simon Rentner is a journalist, radio show host, and producer in New York City, who has traveled to South Africa on several occasions.