Accessibility links
Trump Administration Proposes 'Massive' Tax Overhaul And Tax Cut Plan The details of the measure will be worked out in talks with Congress; the effect on the deficit is unknown. 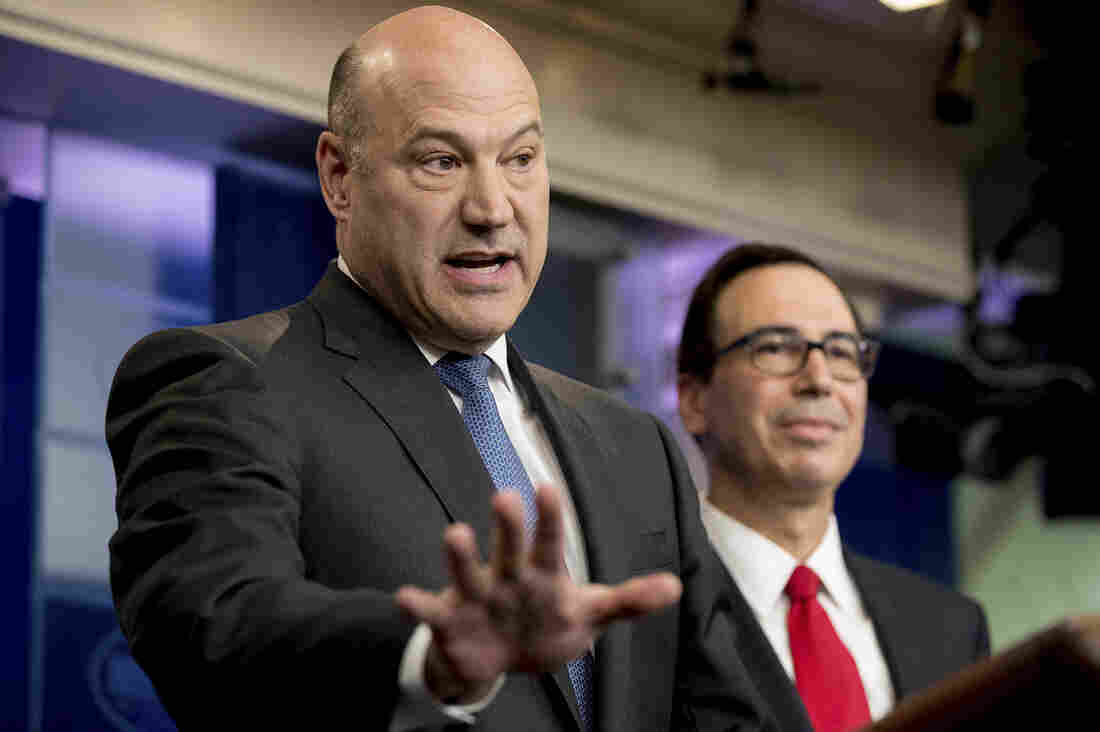 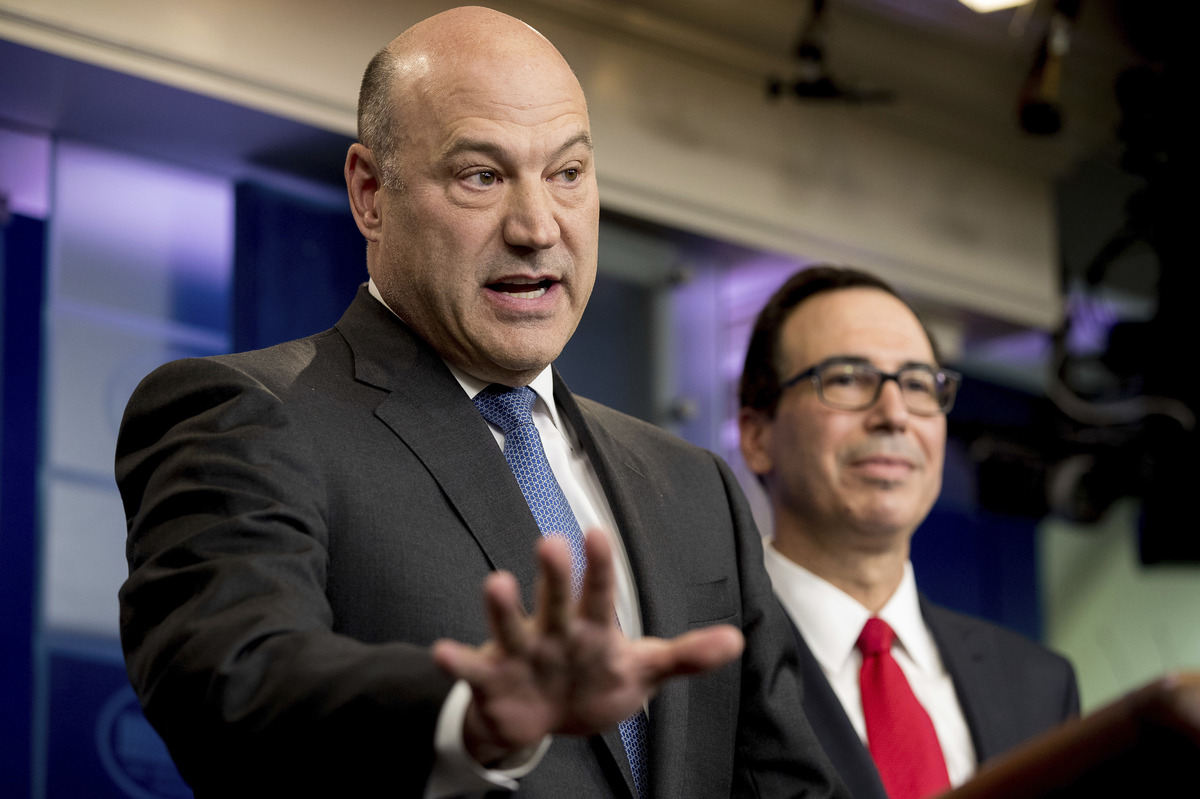 The Trump administration Wednesday put forth a proposal that it labeled a "massive" tax overhaul, which would give big tax cuts to individuals and corporations and reduce the number of tax brackets and deductions.

Outlined at a White House press briefing by Treasury Secretary Steven Mnuchin and Gary Cohn, director of the president's National Economic Council, it would reduce the number of individual tax brackets to three, as well as eliminate most tax deductions other than for home mortgages, charitable contributions and retirement savings.

It would double the standard deduction individuals can take and proposes cutting the corporate tax rate from 35 percent to 15 percent.

The plan would exempt the first $24,000 of income from taxation. It would also repeal the estate tax and the alternative minimum tax, which could benefit wealthy taxpayers, including President Trump himself.

The plan would also eliminate the deduction for state and local taxes, a step that could hurt taxpayers in places with high state taxes such as California and New York.

Administration officials acknowledge the plan is a broad brush outline, with specific details yet to be determined.

Among the details that remain to be revealed, or worked out, is the overall cost of the plan and whether it would be revenue-neutral or add to the deficit. Mnuchin said the plan "will pay for itself with growth" and with the reduction of deductions and loopholes.

It's also unclear at what income levels the new proposed tax rates would kick in.

The plan was released as the Trump administration scrambles to show its accomplishments as it nears the 100-day mark on April 29, but the plan is far from complete — and far from becoming law.

Republicans responded favorably to the proposal. A statement from House Speaker Paul Ryan, along with the chairmen of the House and Senate tax-writing committees, said, "The principles outlined by the Trump Administration today will serve as critical guideposts for Congress and the Administration as we work together to overhaul the American tax system and ensure middle-class families and job creators are better positioned for the 21st century economy."

Democrats see it differently. House Minority Leader Nancy Pelosi called the outline "short on details and long on giveaways to big corporations and billionaires." And top Democrats on the House Ways and Means Committee labeled it "a rerun of the same failed tax policy that led to the Bush tax cuts in 2001 and 2003, which cost us trillions of dollars, did nothing to help working families, and, in part, contributed to the Great Recession."

Speaking Wednesday, Mnuchin also addressed the issue of the president's personal tax returns. The Treasury secretary said Trump "has no intention" of releasing his own tax returns and asserted that the president has "given more financial disclosure than anyone else."

Democrats have said they want to see how any tax overhaul would affect the president's taxes before agreeing to sign on to any tax cuts. It is unclear how serious a demand that is, but at the very least, cutting taxes and overhauling the system to the extent the Trump administration wants is going to require lengthy negotiations and compromise, and the final outcome is far from assured.