Accessibility links
White House Will Continue Obamacare Subsidies, Making Shutdown Less Likely After walking back a demand for border wall funding, President Trump is no longer threatening to stop health care subsidies under Obamacare, as conservatives renew a bid to repeal and replace the law. 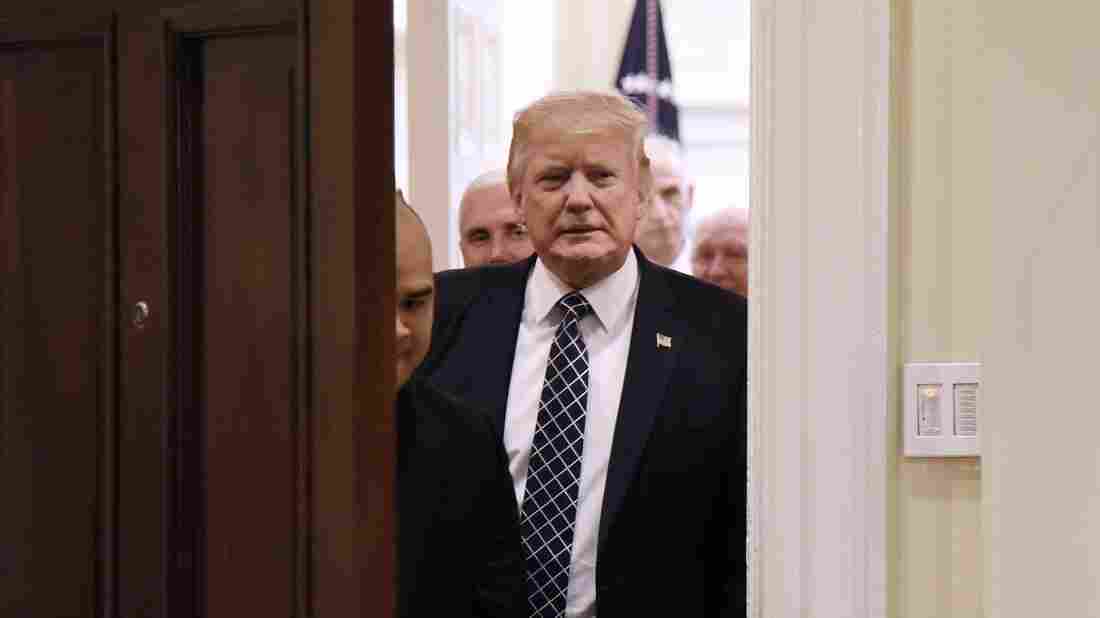 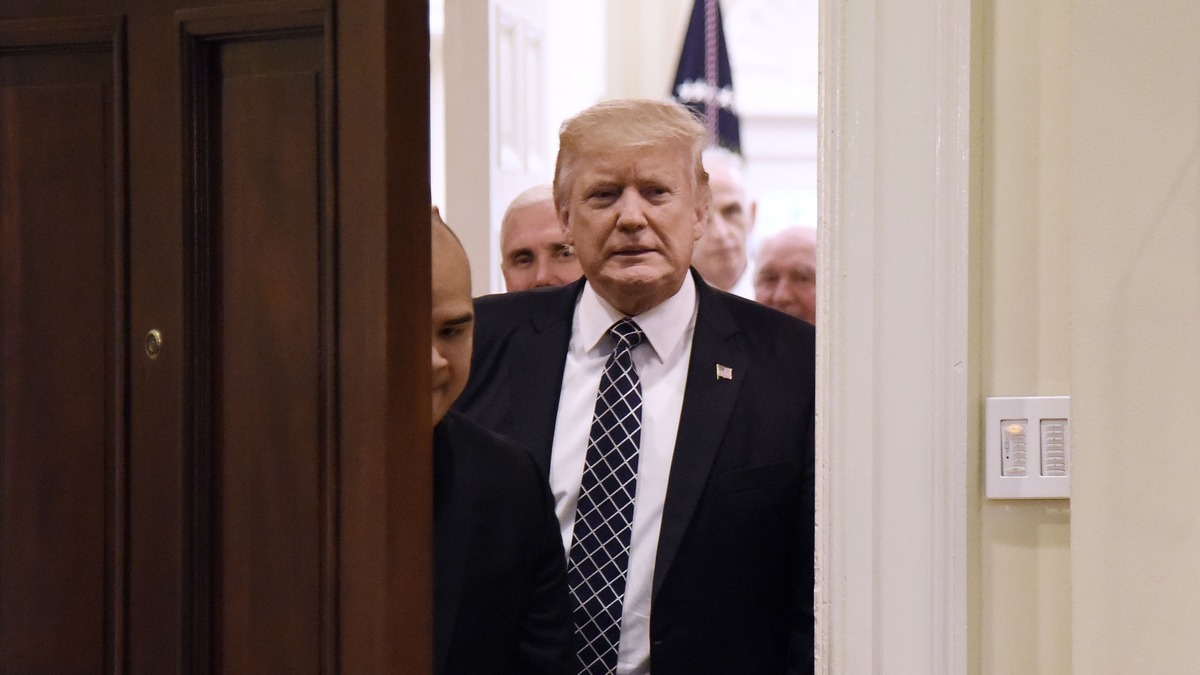 President Trump before signing an executive order at the White House on Tuesday.

With just two days left to stop a partial shutdown of the federal government, the Trump administration on Wednesday removed another major sticking point in the spending bill negotiations.

The White House told lawmakers it will not cut off federal subsidies that help low-income Americans pay for health insurance under the Affordable Care Act, at least for now, an administration official and congressional sources confirm to NPR.

Democrats sought to have the federal payment — known as a cost-sharing reduction, or CSR — included in the spending package.

With Shutdown Looming, Trump Is Tweeting Out Demands. Will He Stick By Them?

This second spending bill concession by the White House makes the specter of a shutdown unlikely. Earlier this week, President Trump backed off his demand that any funding bill Congress passes provide a down payment for his long-promised wall along the U.S.-Mexico border.

Democrats had for weeks signaled a lack of support for any spending bill that included money for Trump's pet project.

Democratic leaders in the House and Senate welcomed the new developments.

"Our major concerns in these negotiations have been about funding for the wall and uncertainty about the CSR payments crucial to the stability of the marketplaces under the Affordable Care Act. We've now made progress on both of these fronts," House Minority Leader Nancy Pelosi said in a statement.

An aide to Pelosi says she spoke twice Wednesday with White House Chief of Staff Reince Preibus as negotiations over a spending bill continued.

Senate Minority Leader Chuck Schumer, in a statement, said of President Trump dropping his health care threat, "Like the withdrawal of money for the wall, this decision brings us closer to a bipartisan agreement to fund the government and is good news for the American people."

Negotiators in the House and Senate are working ahead of a Friday deadline to reach a spending deal to avoid a government shutdown and fully fund federal departments and agencies through the end of the current fiscal year in September. They could seek a one- or two-week extension, which would allow lawmakers time to reach a more solid deal.

Meanwhile, the House Freedom Caucus is injecting the GOP's health care push with a shot of momentum.

The bloc of roughly 36 hard-line conservatives — which sidelined the previous Republican attempt to repeal and replace the Affordable Care Act — on Wednesday threw its support behind the party's revised plan.

The Tuesday Group is an informal caucus of roughly 50 moderate House Republicans.

The revised plan would allow states to get waivers for many of the Affordable Care Act's mandates. States could opt out of setting requirements for the benefits health insurers must cover in their policies and the ban on allowing insurance companies to charge more based on a person's age and health status.

"Due to improvements to the AHCA and the addition of Rep. Tom MacArthur's proposed amendment, the House Freedom Caucus has taken an official position in support of the current proposal," the group said in a statement.

"While the revised version still does not fully repeal Obamacare, we are prepared to support it to keep our promise to the American people to lower healthcare costs."

An official Freedom Caucus endorsement requires support from 80 percent of its members. But at least one member — Rep. Mo Brooks, R-Ala. — said early Wednesday he wouldn't support it.

Still, the overwhelming backing from Freedom Caucus conservatives means the future of the GOP's efforts to dismantle the Affordable Care Act now rests with moderate House Republicans. But many of them seem slow to embrace it.

"The concerns that I've had have not been addressed by the current proposals," Rep. Dan Donovan, R-N.Y., said Wednesday. Donovan is a member of the Tuesday Group. "We have to help those people who were harmed by the Affordable Care Act, but at the same time not harm the people who were helped by it."

For his part, House Speaker Paul Ryan — who last month pulled the GOP health care bill from the floor after it failed to secure enough votes — reacted favorably to the MacArthur amendment, calling it "very constructive."

"I think it helps us get to consensus," Ryan told reporters during a Wednesday press conference on Capitol Hill.

Republican Rep. Chris Collins, R-N.Y., summed it up more succinctly, speaking to reporters off the House floor. "If this is what it takes to get the bill passed," Collins said, "God bless Donald Trump."