Accessibility links
Stream Will Oldham's Tribute Album To Merle Haggard Will Oldham and his band pay tribute to Merle Haggard by reaching across the country legend's discography to paint a vivid, chronology-busting, album-length portrait. 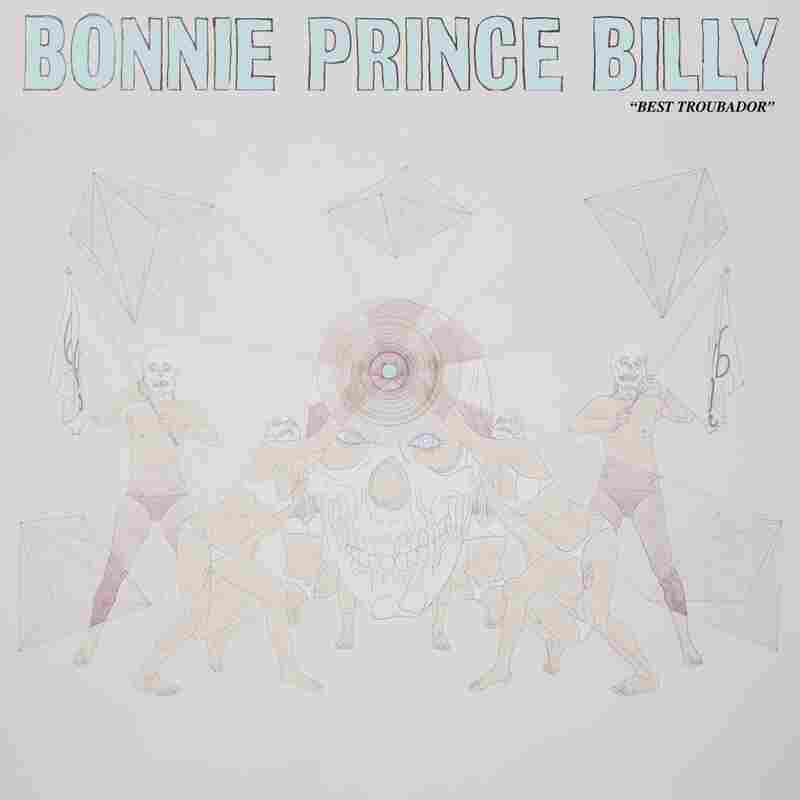 Will Oldham has broadcast his love of Merle Haggard's music since the beginning of his career: He's sung the man's praises in interviews, performed his songs in concert, and he even interviewed him for a print magazine a few years back. Clearly, something about Haggard — the rugged plain-spokenness, the gift for efficiently distilling ideas to their essence, his prolificacy and contrarian streak and all-around iconoclasm — got its hooks in Oldham early.

Given the sheer volume of Oldham's work (recorded under his own name and as variations on the Palace moniker, but mostly as Bonnie 'Prince' Billy), it's no surprise that he'd long considered paying album-length tribute to Haggard, even well before the country legend's death just a little more than a year ago. But notes of loss and reverence still hang over Best Troubador [sic], a sprawling and heartfelt tribute that reaches across Haggard's discography — plucking highlights from 1967, 2011 and many points in between — to paint a vivid and chronology-busting portrait of Oldham's greatest inspiration.

Best Troubador is recorded under Oldham's Bonnie 'Prince' Billy alias with the aid of a terrific backing band: drummer Van Campbell, singer and flautist Nuala Kennedy, bassist Danny Kiely, saxophonist Drew Miller, fiddler Cheyenne Mize and guitarist and banjo player Chris Rodahaffer. And, along the way, Oldham brings in an assortment of guests and even passes lead vocals on to other singers. That's A.J. Roach singing lead in "The Day The Rains Came Down," for example, while Mary Feiock trades verses with Oldham in "Nobody's Darling."

As befitting both the subject and the star here, Best Troubador stays loose throughout. Songs are chosen for their meaning to Oldham rather than for their ubiquity: "Mama Tried" is relegated to an outtake sung by Oscar Parsons, "If I Could Only Fly" is stripped down to an album-closing solo demo, and "Okie From Muskogee" is omitted entirely. These aren't Merle Haggard Cliff's Notes, after all. Instead, they work like battered but kindly kept pages out of a well-loved songbook, performed and preserved with love and care.