Accessibility links
Listen: Juana Molina's 'Halo' On the Argentine singer's new album, she's reached a zen place where the very texture of a tone becomes its own language. 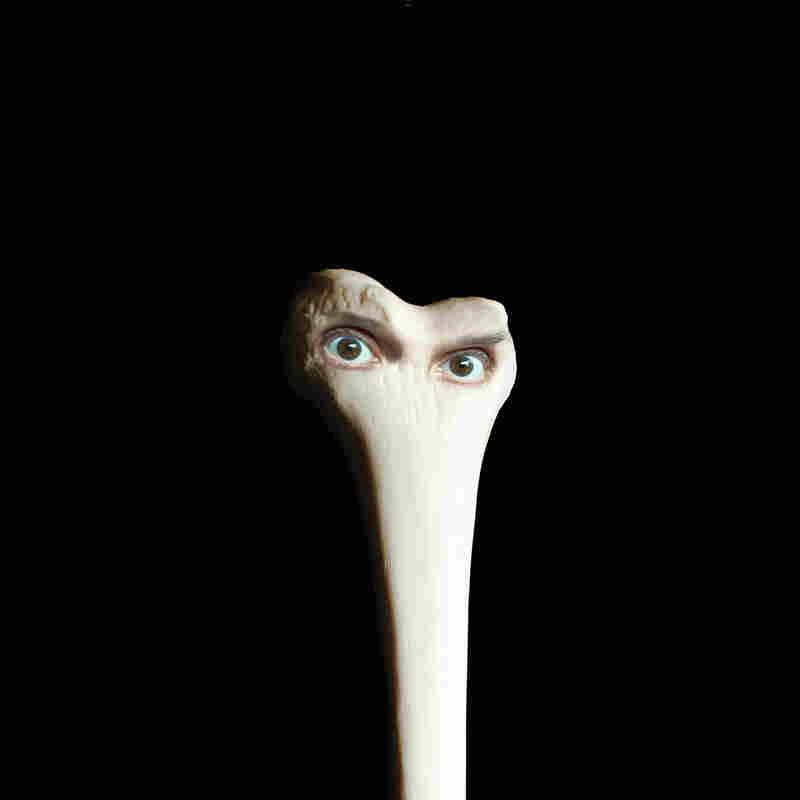 How long has it been since you heard something that was unmistakably the blues, and at the same time undeniably new?

The blues is eternal. Though it undergoes modernization every now and then – see the work of Gary Clark Jr., or The Rolling Stones as recently as last year on the torrid Blue and Lonesome – the genre's basic structural outlines and conventions are well set. As music styles go, it's an established "brand," with a distinct sound. We know it instantly.

Juana Molina, the Argentina-born singer and composer, will never be confused with a blues artist – her previous six records have been patchwork collage fantasias of skronks and wayward beats and wondrous vocal arrays. Which is why the third song on Halo, her gloriously misty (and mystical) new album, is so startling: It's blues stripped down to an inescapable, inconsolable essence, an otherworldly expression that scrambles time and geography.

The song is called "Lentisimo Halo/Slow Halo," and it barely moves at all – it could be beamed from a swamp on a breezeless night, where the groans of rotting trees are the only sound. Molina sings in a trance whisper, and because there's little more than her voice and an ominous drone going on at the start, the blues connotation is impossible to miss. Her phrases methodically outline the notes of the blues scale, landing hard on the flatted third that Muddy Waters knew so well. They're saturated with familiar blues feeling.

Yet this primal, proto-blues-with-subwoofer-bass does not share the structure of the blues, even though it begins with a foreboding line, sung in Spanish. "You're not coming yet / But you will I bet." Molina delivers it like she's talking – no, praying – to this ghost she anticipates meeting at some Buenos Aires version of the crossroads. She is solemn and dark as she alternates between several distinct incantations, each carrying a different trace of blues energy, none lining up fully with blues tradition.

The blues elements in "Lentisimo Halo" register as something more than cursory cultural appropriations – they are central to Molina's shadowy, unsettling psychodrama, part of the air and the audio atmosphere, a "sense impression" that is suffocatingly thick. (And brilliantly extended through the arthouse-film video.)

The same deep sense of spiritual ritual – and the disquiet such proceedings can engender – spreads across Halo, through spry dances animated by metallic percussion and zealous chants that echo like secret religious observances happening in deep woods. Each track brings its own weather, and even the few unabashedly upbeat tunes somehow speak to Molina's big idea – that those odd premonitions or sudden unexplained chills from the spirit realm are communication, a form of wisdom that can bring peril if ignored.

Since her early gem Segundo, Molina has twisted acoustic and synthesized sound into fitful creations that underscore her narratives; with this work, she's reached a zen place where the very texture of a tone becomes its own language. In her music, the "meaning" of a song can come from lyrics or gibberish rhythmic syllables, from radio static or synthesizer sounds that droop like tree branches made heavy by rain, or layered voice chorales that suggest whip-poor-wills in conversation. None of the sounds or the melodies that occupy the foreground of Halo last too long, and that gives the music an arresting quality: You want to pin it down and dissect its components, and the more you try, the more elusive it becomes. Until its logic vanishes completely, like a bluesman after the deal's gone down.