Accessibility links
Trump And Jobs: First 100 Days Too Big To Claim Big Gains? There's an argument to be made that presidents shouldn't take credit for a role in job creation until well into their first term. Trump touts 600,000 jobs created — about double the official count. 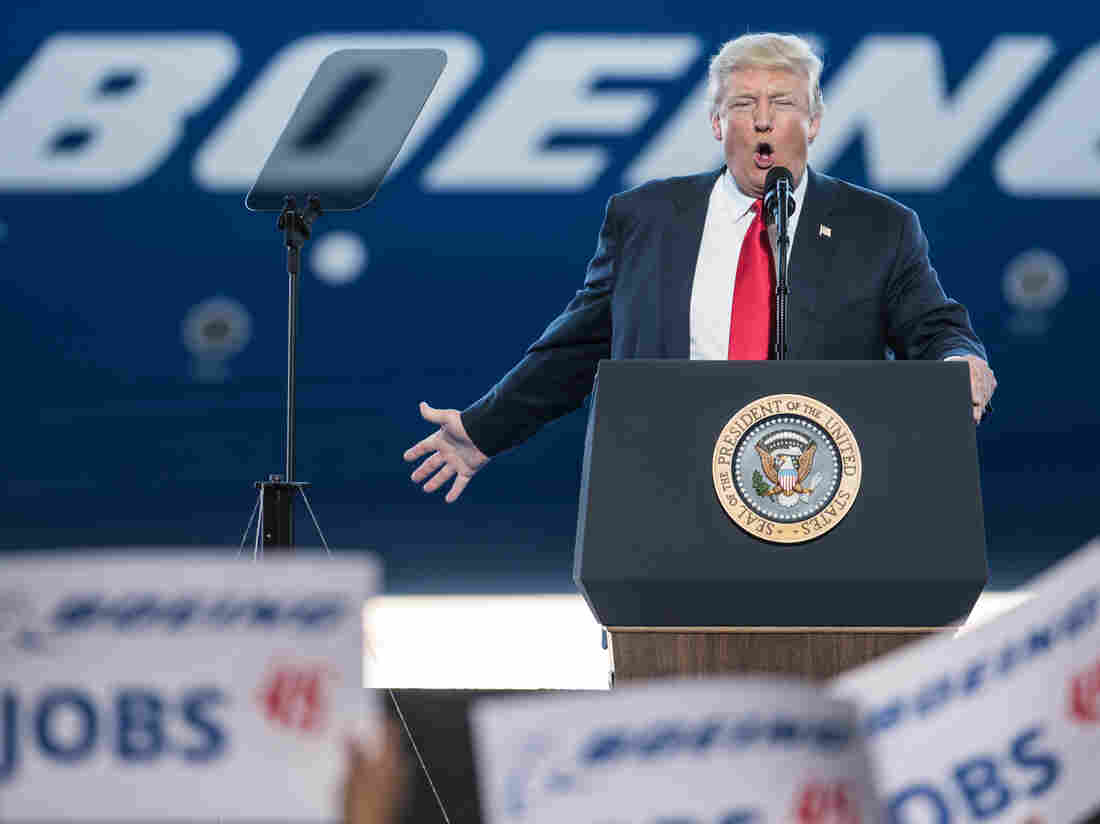 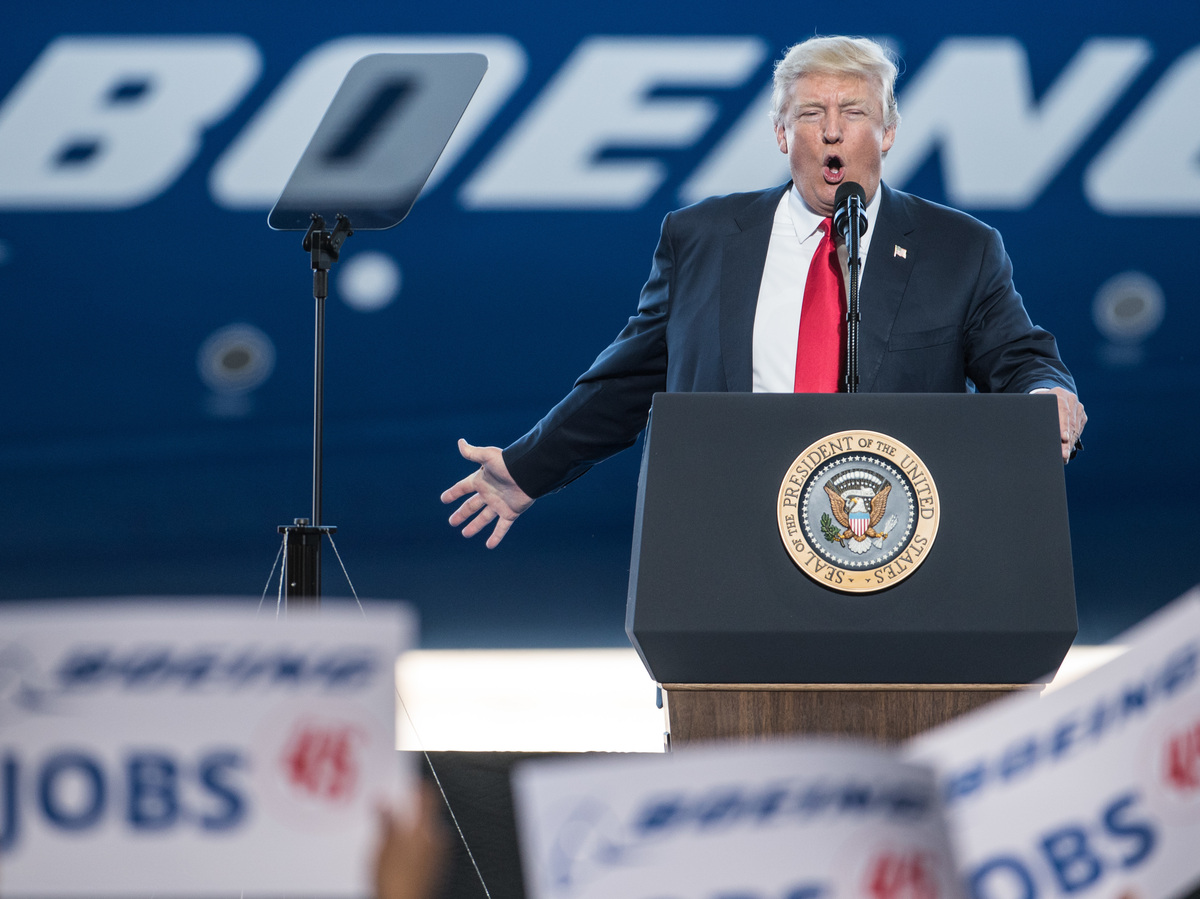 President Trump has said over and over that creating jobs is at the top of his agenda. It may seem unfair to judge his progress on this goal in his first 100 days, but Trump has opened the door to scrutiny by making his own assertions on job creation.

During a White House meeting with CEOs on April 11, Trump claimed his administration had already created over 600,000 jobs.

"You see what's going on. You see the numbers," he said. "We've created over 600,000 jobs already in a very short period of time, and it's going to really start catching on now because some of the things that we've done are big league and they are catching on."

Since the beginning of the year, the Labor Department says, the U.S. has created 533,000 jobs. Of course, Trump only took office on Jan. 20, and the January numbers are generally attributed to the outgoing president, because the new president hasn't had a chance to put his policies in place.

And there's a good argument to be made that presidents shouldn't take credit for a role in job creation until well into their first term, after they've had a chance to influence the course of events with policies or leadership. Trump has announced a number of executive actions that he says will help create U.S. jobs, but so far the effect of those actions has been minimal.

"That's a very different world than his predecessor Barack Obama entered," says Holtz-Eakin. Obama faced "hundreds of thousands of jobs lost every month," and so "a lot of job creation needed to be done." Obama managed to get a big stimulus package through Congress, along with taking additional action to rescue automakers during his first 100 days.

But, Holtz-Eakin says, "the task is different now." Trump's job is not faster job creation, but switching the focus to boosting the productivity of workers, which could support higher wages and make incomes grow more rapidly, Holtz-Eakin says. That will require passing complex plans like business tax reform and health care legislation to replace the Affordable Care Act, also known as Obamacare. Holtz-Eakin says it remains to be seen whether Trump and the Congress can achieve those goals.

What about Trump's flurry of activity during the presidential transition — after he was elected but before he took office? Trump has made a big deal of twisting corporate arms to save U.S. jobs at automakers and companies like Carrier.

In the case of Carrier, about 800 jobs were preserved in one factory. Trump was especially vocal, taking credit for car company announcements that they were expanding factories and adding thousands of workers. However, most of the companies said the expansions were in the works before Trump was elected. Holtz-Eakin says the "direct impacts [of Trump's arm-twisting] were modest."

But Holtz-Eakin does believe Trump's election may have boosted confidence enough at some businesses that they added jobs anticipating a stronger economy and stronger demand for their goods and services. He says the quick rollback of a number of Obama-era regulations also likely boosted the spirits in the business community and led to more hiring. But, Holtz-Eakin says, there's still no hard evidence to back that up.

And, he says, a 100-day report card on job creation really tells us very little about what long-term impact a president will have.