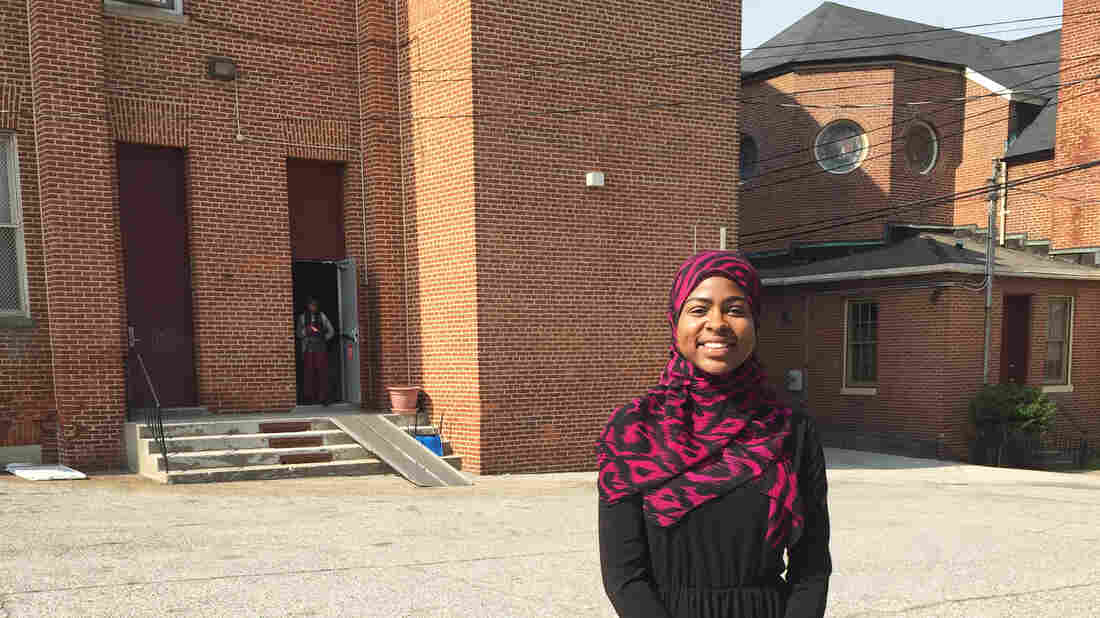 Samirah Franklin, 19, is lead organizer of the Baltimore Youth Organizing Project. She lives in West Baltimore, near where the violence and looting broke out after Freddie Gray's funeral two years ago. Pam Fessler/NPR hide caption 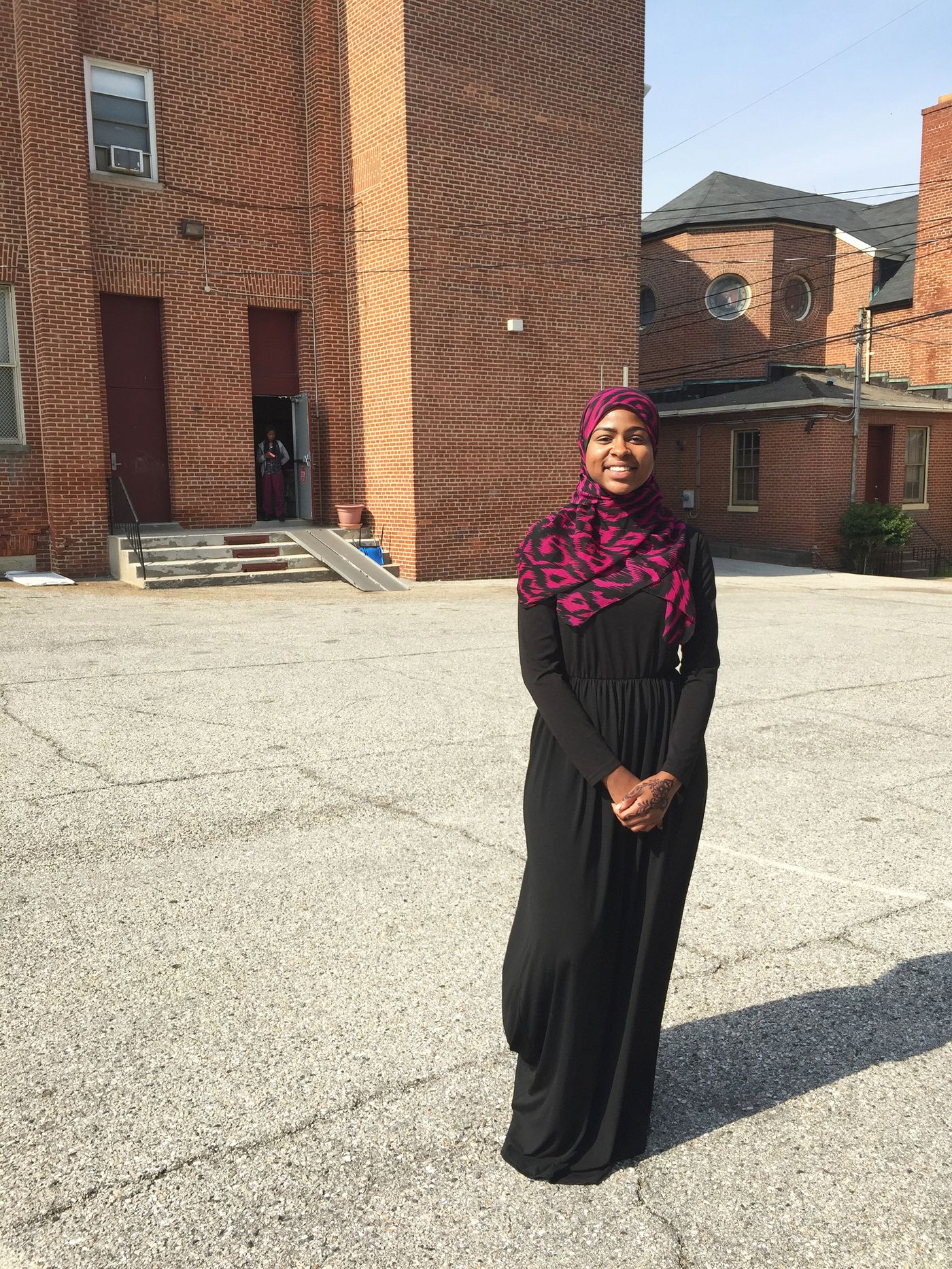 Samirah Franklin, 19, is lead organizer of the Baltimore Youth Organizing Project. She lives in West Baltimore, near where the violence and looting broke out after Freddie Gray's funeral two years ago.

Baltimore erupted in violence two years ago, after the funeral of Freddie Gray, a young black man who died in police custody. The unrest was about more than Gray's death, though — it exposed deep-seated problems facing many of the city's young people: lack of jobs, deep poverty, rampant crime and deteriorating neighborhoods.

Now, Baltimore residents are assessing what, if anything, has changed in the city since Gray's death.

This week, several dozen students, their parents and community activists held a rally with five members of Baltimore's city council, encouraging them to fight the mayor's proposed cuts to after-school programs. Young people here are worried that some of the millions of dollars in government and nonprofit aid that poured into the city after the unrest will dry up as memories fade.

Nineteen-year-old Samirah Franklin, who lives in one of the city's poorest neighborhoods, near where looting and riots broke out, said it's discouraging that the pace of change is so slow.

"The need has not diminished, but yet again we have to fight for the one thing that you guys gave us because of the unrest," she said. "It's very frustrating, but that hasn't stopped the work, of course."

Franklin is the lead organizer for the Baltimore Youth Organizing Project. The group emerged after the unrest, as part of a summer jobs program. Franklin and other community activists say that one positive sign since the riots is that more young people are engaged in city politics.

The need has not diminished, but yet again we have to fight for the one thing that you guys gave us because of the unrest.

Franklin says her group has interviewed hundreds of young people, and that most of them want more jobs and something to do in their free time.

"We're still fighting for the basics," she said. "Most young people in Baltimore City can't walk down the street and go to a rec center and have quality recreation and a safe place."

The city has opened two new recreation centers since Gray's death, but the number of those facilities is still significantly below what Baltimore used to have: about 40 public rec centers today vs. 76 in 1991.

"We need the arts. We need physical education," said Young. "We need the music. We need all those things so kids can have an outlet to channel that energy into something positive, which would keep them from being out on the corners doing all those negative things that we all hear about every day."

He noted that Baltimore has also approved a new $12 million-a-year youth fund to provide other programs for kids and teens. The city has set up a task force, which includes some young people, to decide how to spend that money.

East Baltimore resident Randall Nathaniel Bacote Jr. said he's seen other promising changes, including some thawing in tensions between young people and police — an issue that was at the heart of the protests after Freddie Gray's death. The city and the U.S. Justice Department recently signed a consent decree calling for major reforms in Baltimore's police department.

"I notice that there are a lot more police officers out on the streets actually talking to and being more pro-active with the community," Bacote said. "Instead of just trying to police the area, they're actually sitting down and talking to people that they are supposed to protect and serve."

The constant violence and poverty can take a toll on even the most determined young person, says Stefanie Deluca, a Johns Hopkins University sociologist, who's spent years tracking Baltimore's youth.

"This resilience, this passion, the raw material is there," she said, "but you can only sustain that without support for so long."

That's why she says it's so important to provide things young people can hold on to, like a job or a skill. She thinks that's starting to happen, and is encouraged that the city seems much more eager now to invest in its youth.

Still, a lot of mistrust between police and the community remains, and drug trafficking and violence have surged in the city over the past two years. Since the beginning of this year, more than a hundred people already have been murdered in Baltimore — 50 percent more than by this point in 2015.

"It's scary in this city, man, that at any time, somebody out there can snatch you away from everything for little to no reason," said Bacote.

In fact, a young woman who was due to appear in a forum Deluca organized backed out at the last minute because her sister's partner was murdered the week before. Her brother was murdered in January.