Accessibility links
President Trump Continues To Own Properties Overseas And Garner Profits From Foreign Governments As the president's 100th day in office approaches, he still is facing questions about garnering business profits from foreign sources. 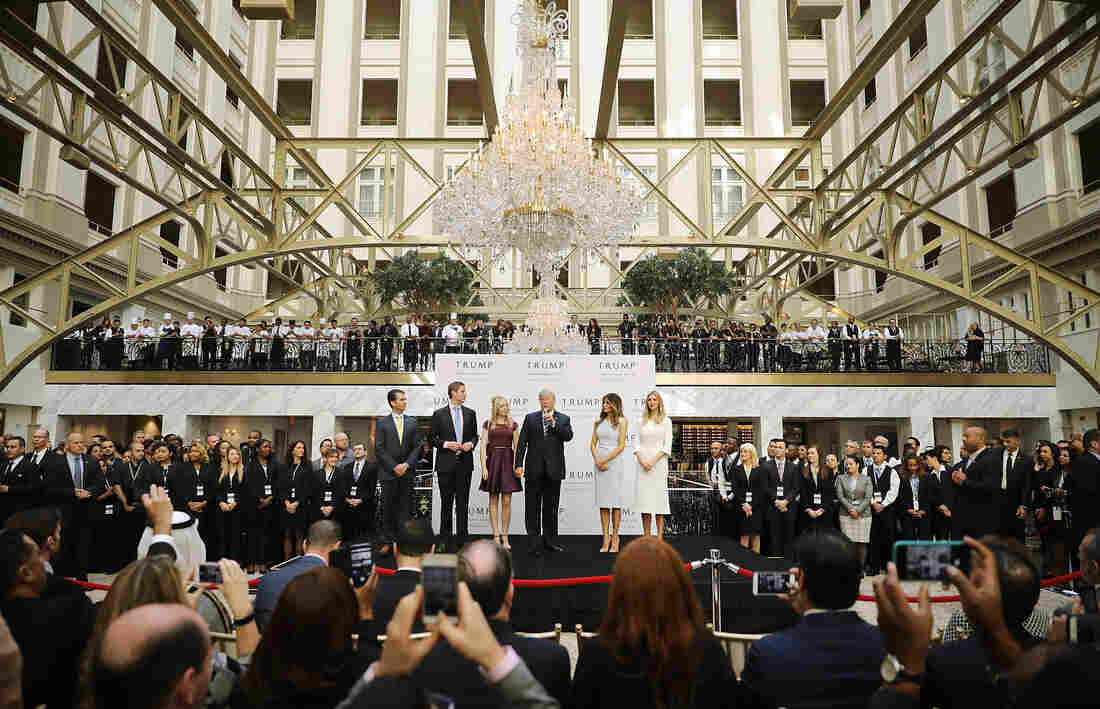 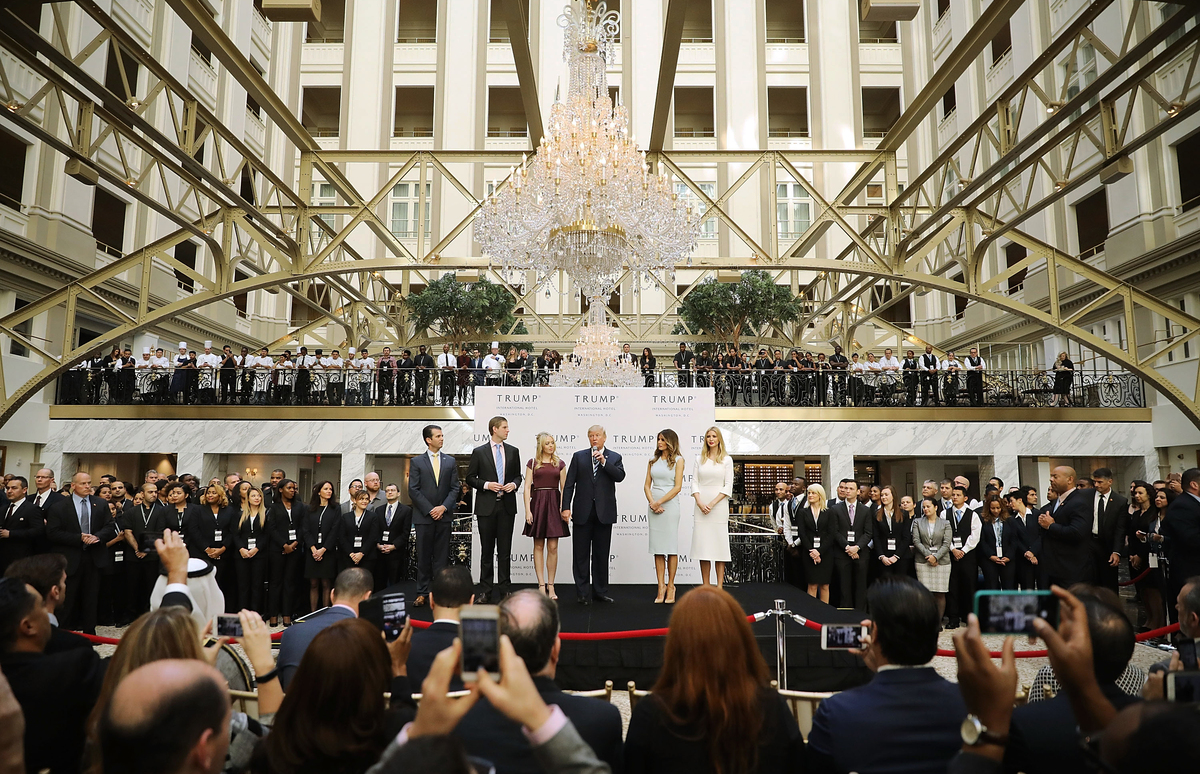 Then Republican presidential candidate Donald Trump (center) and his family prepare to cut the ribbon at the new Trump International Hotel on Oct. 26, 2016, in Washington, D.C.

On Inauguration Day, Donald Trump placed his hand on a Bible and promised to preserve, protect and defend the Constitution. At the time, many ethics experts waited to see if Trump would divest himself of his multi-billion dollar business interests.

"And he didn't do it," says Zephyr Teachout, an associate law professor at Fordham University. "So immediately upon becoming president we filed a lawsuit to get him to stop violating the Constitution."

The lawsuit was filed by Citizens for Responsibility and Ethics in Washington (CREW), a Washington, D.C.-based government watchdog group. The lawsuit says the president is violating the Emoluments Clause — a provision in the Constitution which prevents government officials from accepting gifts, benefits and the like from foreign leaders or foreign states.

Trump promised any profits from foreign governments will be donated to the U.S. Treasury — so far, that hasn't happened. The Trump Organization says the donation will be made on an annual basis after the end of each calendar year. Trump also placed ownership of his business in a revokable trust, despite calls for him to divest from his business interests.

But these moves won't stop more Trump hotels from springing up. Eric Danziger, the CEO of Trump Hotels, recently revealed the company is planning a major expansion in the U.S. of both its luxury properties, as well as some of its new lower-priced Scion hotels.

Eric Trump was recently in Doonbeg, Ireland, where the Trump Organization is trying to build a wall around parts of the links at its five-star golf resort.

Ellie Donnolly, a reporter with the Irish Independent newspaper, says it's a beautiful location. "But the sea is eroding the cliff area, and the area where the golf course is. And what the Trump resort is arguing is if we don't build this wall...to protect the golf course it will become destroyed," she says.

Environmentalists are against building the wall. A county council will make the final decision. A well-timed visit by the U.S. president's son could be seen as helping sway any decision.

This blending of business and the presidency worries many ethics experts because it could include trade policies and security issues. Take China, for example. Trump fought a decade-long legal battle there to register a trademark in connection with construction services. It was finally granted about one month after Trump's inauguration.

Peter Riebling, a trademark lawyer in Washington, D.C., says soon after, 38 other trademarks for everything from hotels to spas, were also granted.

"Those applications just sailed through," he said, "And, oddly, they were all granted at the same time, all at once." Riebling says that's very unusual. "Not just in China but anywhere really," he says.

Riebling says getting trademark approvals in a market like China is huge.

"Let me be very clear...if a foreign government is granting that to the Trump Organization...that would certainly be an economic benefit to the organization," he says.