Accessibility links
'I'm Not Going To Be Broken': Mary J. Blige On 'Strength Of A Woman' "It's a responsibility being Mary J. Blige," the singer says. She speaks with NPR's Rachel Martin about finding catharsis through music — and says that even she works out to her songs. 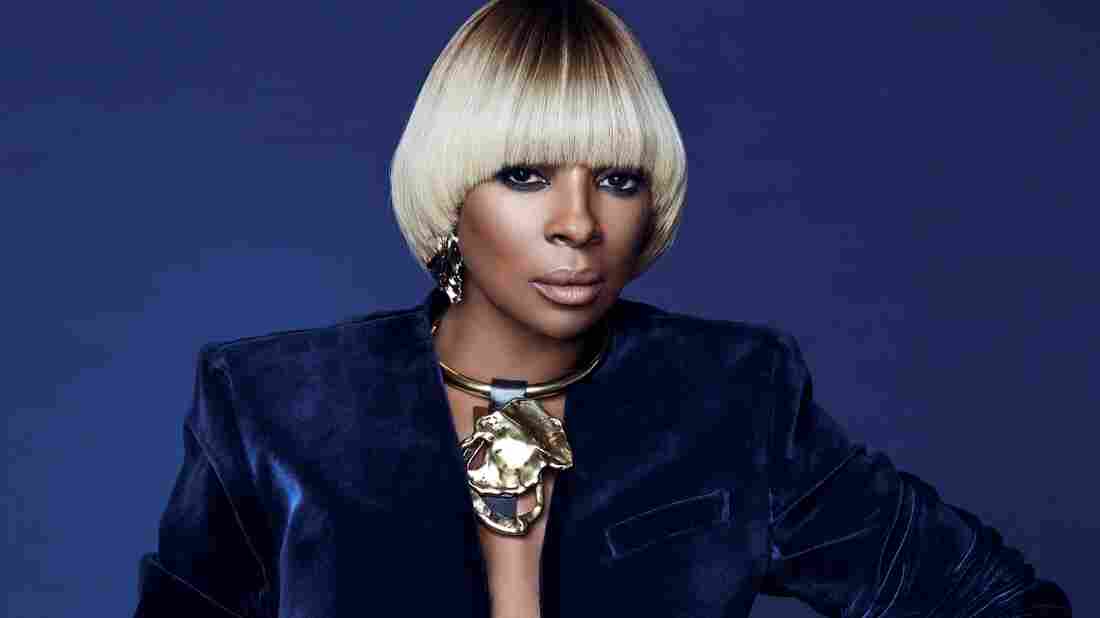 "It's a responsibility being Mary J. Blige," the singer says. Courtesy of the artist hide caption 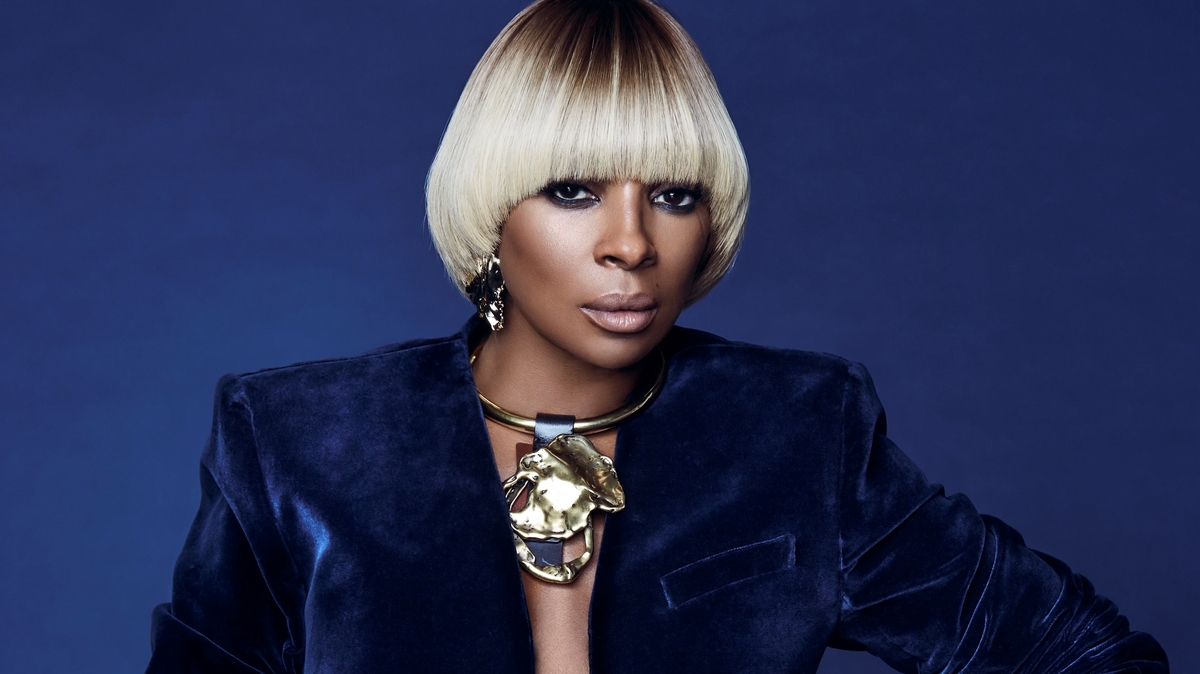 "It's a responsibility being Mary J. Blige," the singer says.

Mary J. Blige has made a career out of baring her soul. It's why her fans fell in love with her when she made her debut 25 years ago, and it's why they remain so loyal today. Her music is her catharsis, Blige says — and she's had to deal with her fair share of disappointment. She overcame a rough childhood, abuse and addiction with the help of her husband of 13 years; that marriage is now ending in an ugly divorce. But if there's a silver lining, it's that Blige works her pain out in her music. Her new album is called Strength Of A Woman, and many of the songs are snapshots of the unraveling.

Blige spoke with NPR's Rachel Martin about the negativity she sees in the music industry, working out to her own music and what strength means to her. But first, Blige explained the painful emotions that went into the new album's first single, "Thick Of It." Hear the interview at the audio link, and read on for an edited transcript.

Mary J. Blige: This song was originally written about me fighting for my marriage. The lyrics were completely different, and it was saying things like "We just don't give up when we're in the thick of it." And then with all of this happening, it was hard to go back to the studio and do it, but I had to do it, in order to — how can I say it? — get free, because my music is therapeutic to me as well. And if I don't write about it and if I don't sing about where I am in my life, I won't start a healing process.

Rachel Martin: What was it like to have to just walk into the studio and conjure up those lyrics?

It was hard because of the pain, but it was good to get it out. It made me cry, and then I had to go sing it and cry and get through it. But I believe that there's a purpose for me here on this earth, and I think it's so I can live and become these things so people can heal from them. I don't mind the pain. I don't mind it all, because it hurts so good. It hurts so good.

The album is called Strength Of A Woman. You've said that you learned how to channel strength by watching your own mom. Can you talk a little bit about where you saw her be strong?

We grew up in a single-parent home. My mom raised us by herself, my dad wasn't there. And I never really seen this woman cry. I seen her work really, really hard. I see her love hard and take care of her children. We didn't live in a great environment, but she was so strong. You never really saw her in pain. But through the songs she listened to, like "Victim" by Candi Staton — you knew something was wrong. And as a child, I knew, but she never turned around and just started crying in our face. She just always carried herself like a woman, like a lady, and she never let us see her going through it.

This summer marks the 25th anniversary of your debut album. Is that crazy to think about?

It doesn't seem like it was that long ago, to be honest with you. It just seemed like it just — like I woke up and I was here.

Do you ever listen back to that first album?

Oh yeah, I love that first album. Sometimes I actually work out to--

You work out to you?

It's interesting to think back to that time, though, because hip-hop and R&B were considered to be really separate genres. People weren't used to hearing a singer over samples and beats. How conscious were you at the time that you were doing something that was different?

I wasn't conscious that I was doing something different in that moment. I just knew that I loved hip-hop and R&B, and I was doing what I loved. And I didn't realize what we had done 'til later, like "Wow, we created a whole genre of music."

On the new album, there's a song called "Survivor," and there's a verse in here that seems to be specifically about your career: "They keep telling me Mary it's over. Had your run but girl, look at the numbers." Do you feel like people in the industry have tried to count you out from time to time?

Absolutely. They always do.

Because that's what they do. It's the business. When it looks like you're not doing as well, or you're getting older on top of not doing well as how you used to do, they just start counting you out.

Don't they know that that's your whole thing, as Mary J. Blige: to overcome those kind of negative attitudes?

I mean, maybe that's their strategy to make me do something — to go out and just come out swinging. But it's what they do, it's the industry.

Do you ever get tired, though, of being the woman who is always expected to overcome the hard stuff?

It's hard, it's a responsibility being Mary J. Blige. I wouldn't trade it — but the trials and tribulations I could do without. If I could do it without the trials — but those are the things that make us or break us. And, in my case, I'm not going to be broken.