Accessibility links
Dee Dee Bridgewater: Fearless And Free In words as well as music, hear how seriously Bridgewater takes her role as a music mentor and how it connects to her own experience in the jazz lineage. 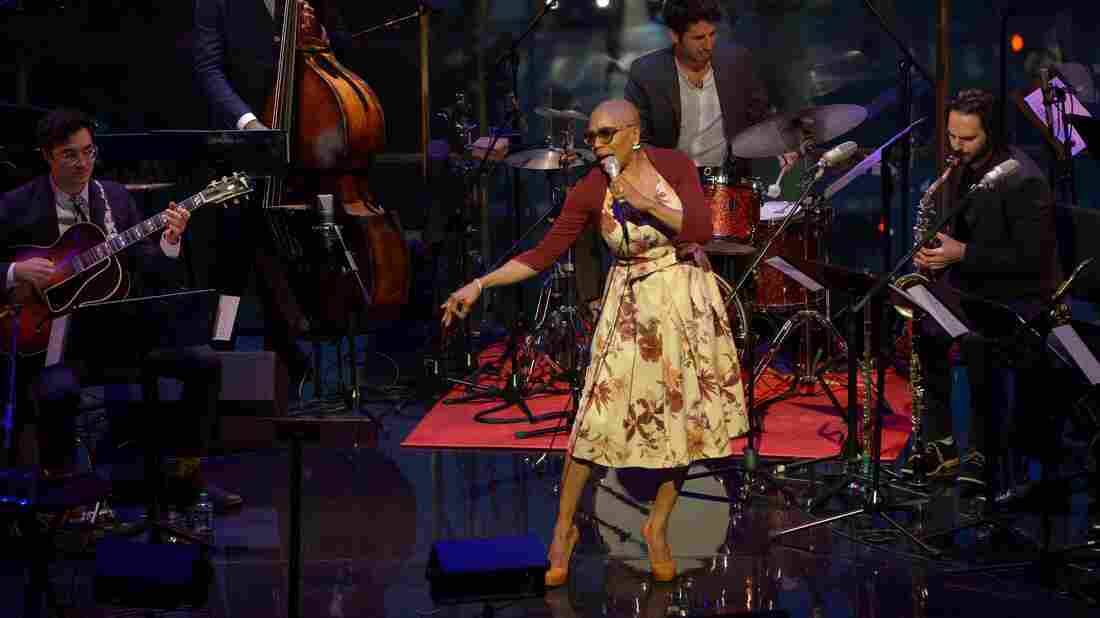 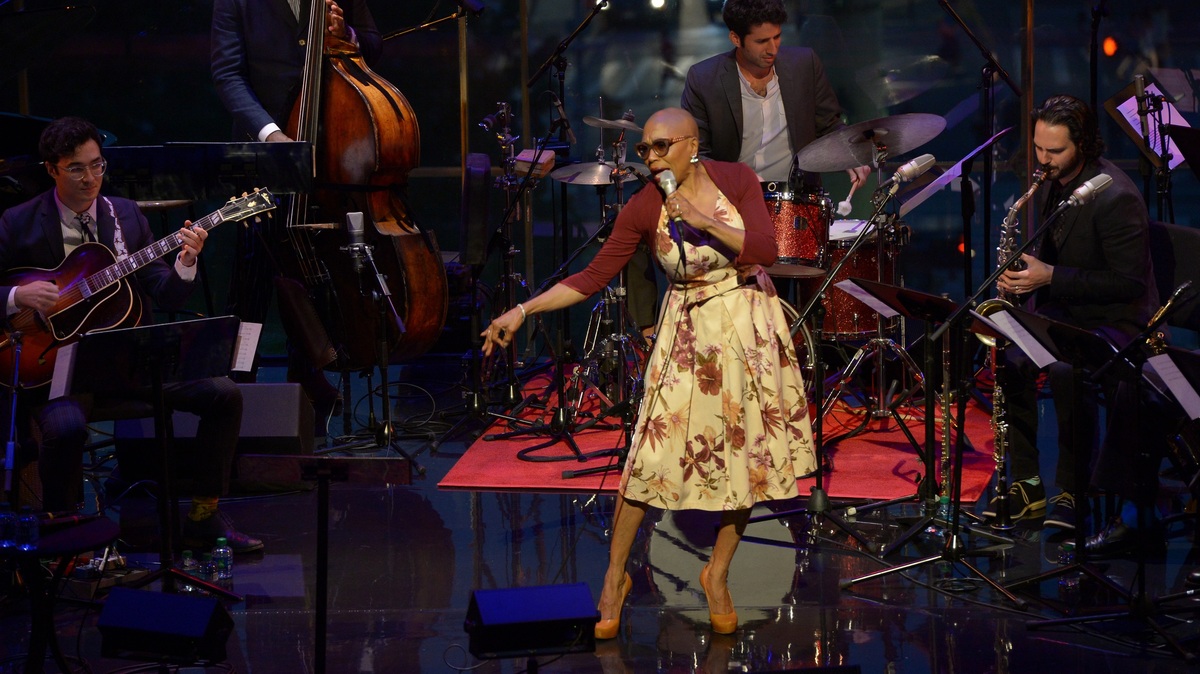 When Dee Dee Bridgewater learned that she would become a 2017 NEA Jazz Master, a succession of thoughts and feelings flooded her mind. The news came as a total shock, as she tells it: "It was so far out of my orbit and just my whole sphere of thinking," she said in a conversation at NPR this spring, hours before she formally received her award.

She's 66 — far from retirement age in jazz, and on the extreme forward edge of the NEA Jazz Masters demographic. So she was aware of her relative youth in the field. She also recognized that there haven't been many women in the ranks of NEA Jazz Masters: fewer than 20, out of 145. That idea led her to reflect on her predecessors: legendary singers like Betty Carter, who was inducted back in 1992, and Abbey Lincoln, who received the nod in 2003.

Bridgewater sought inspiration and counsel from both Carter and Lincoln, as she recalls in this episode of Jazz Night, which features music recorded during the season opener for Jazz at Lincoln Center. On a program called "Songs of Freedom," organized by drummer Ulysses Owens, Jr., Bridgewater sang material associated with Lincoln as well as Nina Simone: furious anthems of the civil rights movement, like "Driva Man" and "Mississippi Goddam," both potent and relevant today.

A separate concert, "Songs We Love," found Bridgewater singing less politically charged (but still gripping) fare like "St. James Infirmary," which appears on her most recent album, Dee Dee's Feathers. She worked with a different group of musicians on that evening, but still leaned on younger talent — a reminder of the role that she herself has embraced, as a mentor in the music.

In words as well as music, this episode reveals how seriously Bridgewater takes that responsibility, seeing as how it connects to her own experience in the jazz lineage. But maybe "seriously" isn't the right word when it comes to Dee Dee, whose effervescence shines through even in a reflective mood. Join her here for a while; she's excellent company, no more or less so now that mastery is officially a part of her résumé.